India is expected to add 206 million new subscribers by 2020, while China will add 155 million subscribers by the end of the decade, according to the report 'The Mobile Economy- Asia Pacific 2017'

In recent years, the Asia Pacific region has been the major contributor to global mobile-phone subscriber growth.

There were 2.7 billion unique subscribers in the region by the end of 2016. India and China account for more than half of the world’s mobile subscribers.

According to the report The Mobile Economy- Asia Pacific 2017 by the trade body GSM Association, there has been dramatic shift towards higher speed mobile technology in Asia Pacific.

Since 2012, when half the region’s population had subscribed to mobile services, the region has gained 15% more customers, and by 2020 an additional 9% will be added, bringing the total to more than 75%. India is expected to add 206 million new subscribers by 2020. China will add 155 million subscribers by the end of the decade. 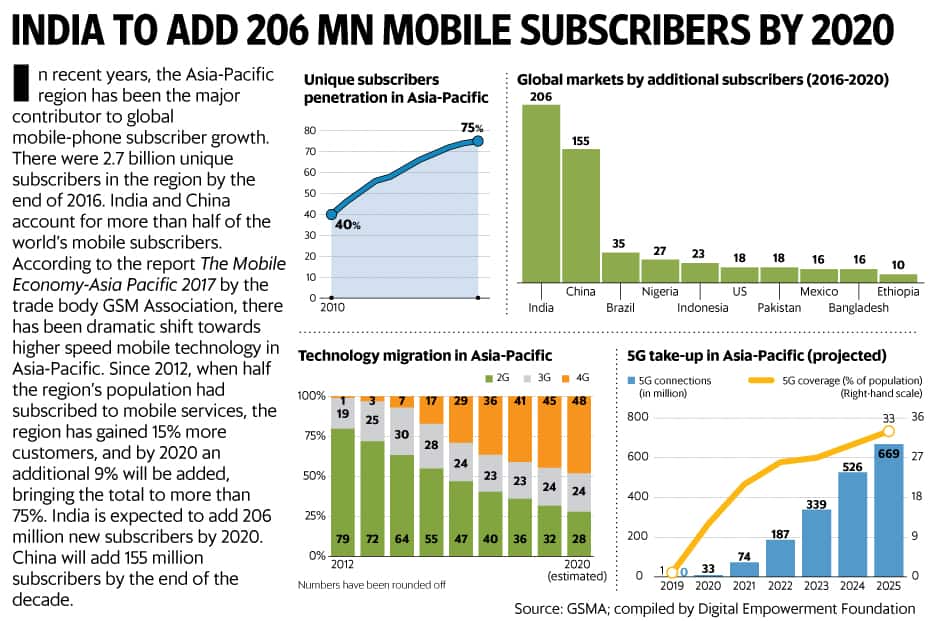