Passenger vehicle sales decreased 2.71% year on year to 290,960 units in July mostly due to high base effect

New Delhi: Passenger vehicle sales in India fell 2.7% in July because of the high base effect of last year when auto makers replenished dealer inventory after the introduction of the Goods and Services Tax (GST).

Sales also fell because demand historically has stayed tepid in July as customers wait to order new vehicles in the upcoming festival season. 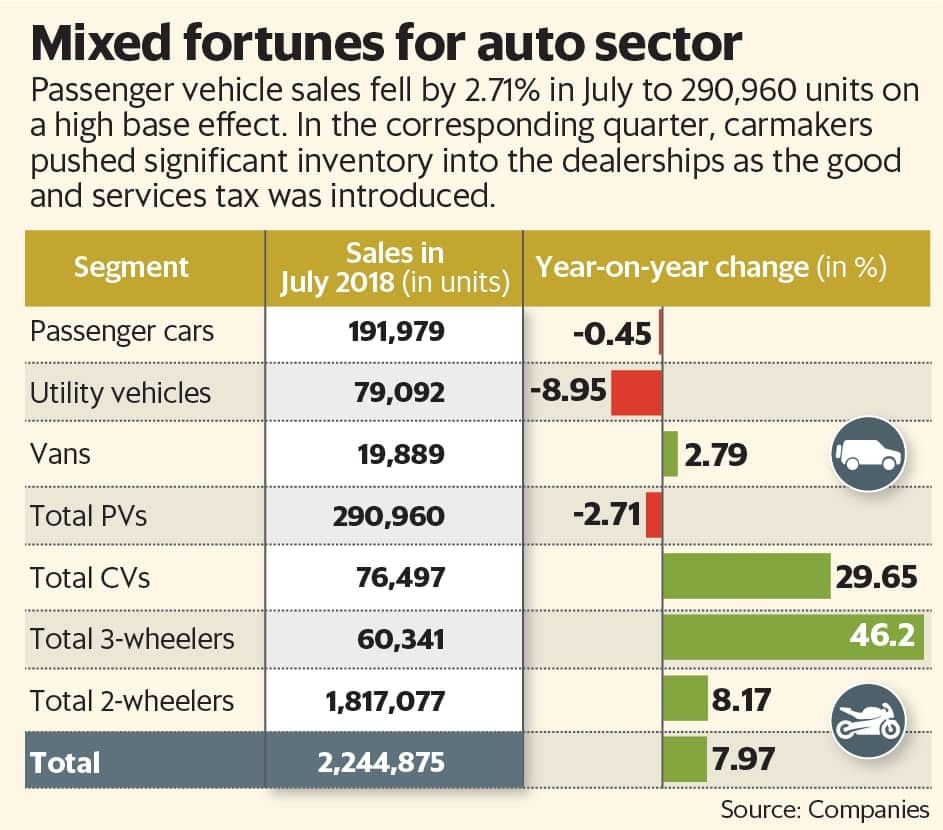 “In passenger vehicles, last year, there was a spike in volumes which continued till September," said Sugato Sen, deputy director general of SIAM. He said sales may remain subdued until September, “which is not of any concern."

Total vehicle sales in July grew 7% to about 2.24 million units because of the high base factor. A strike by truck fleet owners also hit the supply of vehicles.

Automobile sales in India are counted as factory dispatches and not retail sales.

On the back of sustained improvement in economic activity, sales of medium and heavy commercial vehicles increased 24.5% to 28,299 units in July.

Unlike passenger vehicles, the commercial vehicle segment is still a couple of months away from experiencing the high base effect.

Sales of motorcycles grew by 9.7% to 1.15 million units on the back of revival in demand in rural markets, which still accounts for the bulk of sales especially in the economy and executive segment.

On the other hand, scooter sales continued to be sluggish in comparison and rose 5.1% to 598,976 units during the month.