Speaking to media at the company’s Taiwan headquarters on Wednesday alongside Google Inc’s senior vice president of mobile, Andy Rubin, CEO Peter Chou said that the company would be working with Google to protect itself from “unfair" means to stop innovation.

“This industry should not allow one company use its powerful weapon to stop other innovation and take it all...this is not fair," Chou said, declining to elaborate on how the company would protect itself. 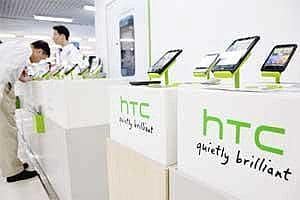 The result, in which HTC was found to have infringed one of four patents Apple had centered its case on, leaves the way open for both camps to continue their competition in the courts.

Rubin told the briefing that he saw that happening.

“This is just the beginning. It will play out in the next couple of years," he said, but added that he was optimistic there would eventually be “patent peace."

HTC’s shares rose by the maximum allowed for a second session on Wednesday, benefiting from relief that the ruling would not hurt it too much and from a blue-chip rally after Taiwan’s government authorized a state fund to step in and boost the market. HTC closed up 6.93% at T$509 in a broader market up 4.56%.

The gains were also helped by HTC’s Tuesday announcement that it would buy back 10 million of its shares between now and February.

“Besides the court ruling, today because the government will step into the market, all heavyweight stocks are strong," said Jeff Pu, an analyst at Fubon Securities Investment Services.

He said he had upgraded HTC to buy from hold, and raised the price target to T$580.

“The lawsuit had pressured the stock for some time and now that the ruling is out, HTC has some breathing space," Pu said. “We believe the possibility of a continued rise is quite high."

The company slashed its fourth-quarter revenue forecast last month and earlier this month reported a 30% drop in November sales from the previous month and a 20% fall from a year ago, the first annual sales decline in two years.

That triggered concerns over its ability to cope with stiff competition from Apple’s iPhone and Samsung’s Galaxy range and accelerated a fall in its shares, which now stand at about half of their peak for the year.

Asked about how the company plans to address the concerns, Chou expressed optimism.

“There are a lot of challenges, always...what I’m confident about is that HTC has good people and a strong team, talented. At the same time we have a great partner to do this together."