San Francisco: For Naval Ravikant, the problem with investing in start-ups boils down to coffee. 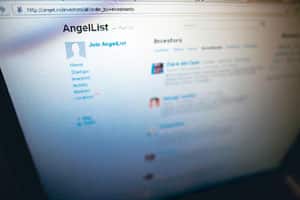 “I thought, we’re dealing with Internet start-ups here, there has got to be a better, more efficient way to evaluate them than to do thousands of coffee meetings," said Ravikant. “Coffee should be the last step, not the first."

So in February 2009, Ravikant and Babak Nivi, a fellow investor and start-up mentor, started AngelList, a networking website that substitutes endless pitch meetings with Internet-based matchmaking.

Akin to online dating sites, AngelList allows eager startup companies to pair up with investors looking to buy into the next Twitter or Facebook. More than 1,300 investors have already joined the site, including around 400 venture capitalists. The rest are angel investors, the name given to investors who buy a stake of a firm with their own money.

On average, more than 20 start-ups from all over the world join the site every day, and about 200 companies have been financed. Ravikant and Nivi vet the investors before they are allowed on the site, which is free for both investors and start-ups to join and has become hotter in Silicon Valley than many popular start-ups.

The site combines deal-making with social network profiles to make it “one of the most innovative things that has happened in venture capital in the last five years", said Dave McClure, an angel investor and founding partner of 500 start-ups, a Silicon Valley technology incubator.

McClure is one of the most active investors on AngelList’s site, writing cheques for up to $250,000 (Rs1.13 crore) to dozens of start-up companies, including $100,000 recently to Forrst.com, an online community for Web designers.

Not everyone shares McClure's enthusiasm. Some Silicon Valley venture capitalists have voiced concern that AngelList adds more fuel to an already overheated start-up market. Among the site's detractors is Bryce Roberts, co-founder of O'Reilly AlphaTech Ventures and an investor in Foursquare. He recently wrote a blog post detailing why he had deleted his AngelList account, saying the site created an environment where “angels feel compelled to invest for fear of missing the boat everyone else is getting on".

As for Ravikant, he sees AngelList enabling start-ups from a wider geographic range to find the capital needed to build their companies. It is expensive for a start-up in Chile or Estonia, for example, to get coffee with an angel investor in Palo Alto, California.

If some small start-ups fail along the way, and many undoubtedly will, that is no reason for concern, Ravikant said. “What is the harm if a bunch of rich, old people are writing cheques to a bunch of young kids to go build start-ups and pursue their dreams and maybe create the next Twitter?" he said.

“Worst-case scenario, it is a very efficient wealth-transfer scheme," he said. “Best case, it is the engine that is going to fuel small-business job creation."

Ravikant has been on both the investor and the start-up side, and his allegiances are unquestionably with the start-ups. After growing up with little money in Delhi and then New York, Ravikant started learning computer programming languages as a teacher's assistant at Dartmouth, where he also delivered newspapers and washed dishes in the cafeteria to pay his way through college. “I’m always rooting for the small guy," he said. “Call it a Napoleon complex, call it the underdog, call it growing up as a poor, fat, immigrant kid. I never like to see the entrenched powers win."

After moving to Silicon Valley, Ravikant helped create a handful of companies including Epinions.com, a product review site, and Vast.com, a classifieds site. He also invested in companies such as Twitter, Foursquare and Jambool, a payment system for mobile applications that Google bought last year.

AngelList now operates out of a one-room office in a multistory building full of one-room-office technology start-ups in South of Market, a popular neighbourhood for technology businesses in San Francisco.

In recent weeks, AngelList witnessed its biggest investor frenzy yet, over a company called Green Goose, which bills itself as a “real-world game platform". Green Goose makes tiny motion-sensing stickers that attach to everyday objects, like a running shoe or a pill bottle, and upload real-time data when that object is used. Two angel investors committed $100,000 to Green Goose's founder, Brian Krejcarek, after listening to him describe his product on stage at a start-up conference in San Francisco. “AngelList went nuts," Krejcarek said. “I got a hundred-some emails from interested angel investors."

Within days, Krejcarek had hand-picked about a dozen investors and raised $500,000. “I’ve been eating Ramen noodles for the last two years," said Krejcarek, who moved to Silicon Valley last week after completing the investment round. “I’d been pounding on doors over and over again without too many people listening, so the sheer volume of really qualified, interesting angel investors reaching out to me was overwhelming."

Ravikant says that is not an unfamiliar story, but the happy ending still does not include coffee. “We have a collection of liquor bottles in our office because companies stop by all the time and say ‘Thank you, you got our financing done,"’ he said. “They don't know how to thank us so they pay us in liquor, cookies and cupcakes."