Bangalore: Intel Corp.’s new high performance six-core microprocesser that significantly cuts back on power use was designed by the chip giant’s India unit, the company said. 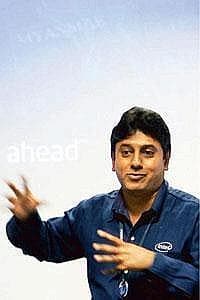 The new 45-nanometre chip, part of the Xeon family , which has 1.9 billion transistors, six processing cores and share cache memory, has been designed and built in Bangalore by Intel’s local research arm for use in high-end enterprise servers by vendors such as Dell Inc., International Business Machines Corp. and Wipro Ltd.

Products with the new processor offer frequencies up to 2.66 GHz and consume 11W for each core, which is 50W less than quad core processors and dual core processors. The processor can be used for servers in virtualised environments, databases, business intelligence and enterprise resource planning, Intel said.

Intel’s local research arm, which has some 2,500 employees, has also worked in the development of other Intel chips such as the Intel Centrino mobile platforms, and the world’s first programmable processor delivering teraflops of performance.

Intel has invested at least $1.7 billion in India so far.