RBI deputy governor S.S. Mundra cautions banks against levying higher service charge on bank accounts, even as he batted for their portability

Mumbai: Reserve Bank of India (RBI) deputy governor S.S. Mundra on Tuesday pushed banks to allow customers to move seamlessly between banks without having to change their account numbers. He also said the central bank would soon come out with final guidelines on customer protection to limit their liability in case of fraud in electronic banking transactions.

Technological innovation and linking accounts to Aadhaar, the ID number issued by the Unique Identification Authority of India, have made it easier to move towards account number portability, the deputy governor said at an event organized by the Banking Codes and Standards Board of India. Mundra also cautioned banks against charging higher rates on services. 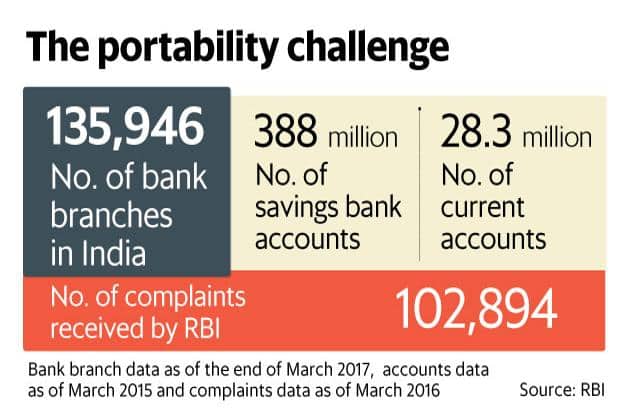 “With technological advancements in the field of payment system such as UPI (unified payments interface) etc. coupled with massive enrolments under Aadhaar and their linkage to individual bank accounts, it (account number portability) has come within the realms of possibility," said Mundra. “As such, the prospect of an aggrieved customer silently moving her account to another bank in the near future has become very real." Mundra urged the Indian Banks’ Association to start working on this soon.

This is not the first time that Mundra has broached the topic of account number portability. In February 2016, while delivering the keynote address at Mint’s Annual Banking Conclave, Mundra had said that allowing account portability would “give competition a whole new dimension".

Currently, bank account number portability doesn’t exist anywhere in the world. In India, mobile phone subscribers are allowed to port their numbers while the Insurance Regulatory and Development Authority of India is considering allowing life insurance policy holders to switch from one insurer to another without surrendering their existing policies.

But bankers and other experts aren’t quite convinced that this could be done easily.

“Account portability will be bit of a challenge from banks’ point of view since they have to change file structure given their core banking solution. The mechanism will evolve but it will be expensive," said Ashvin Parekh, managing partner, Ashvin Parekh Advisory Services Llp.

A big hurdle will be the multiple account number formats. For instance, an ICICI Bank Ltd savings bank account has 12 digits, while accounts at Citibank have 10 digits and HDFC Bank Ltd 14.

According to Neeraj Vyas, deputy managing director and chief operating officer at State Bank of India (SBI), uniformity of account number formats is a must for portability. When Bharatiya Mahila Bank (BMB) was merged with SBI, the old account number was mapped to a new one since BMB account numbers had 12 digits while SBI has 11.

“For account number portability, the database of the banks need to be pooled together," said the managing director and chief executive of a public sector bank on condition of anonymity. “I don’t think there is any benefit."

Separately, Mundra also talked about protecting customers by limiting their liability in case of bank fraud.

“With greater thrust on digital banking, especially in the wake of demonetization and consequent increase in complaints relating to the unauthorised or fraudulent transactions, a need for having a comprehensive policy to limit the liability of customers cannot be overemphasized," the deputy governor said.

In August, RBI issued a draft circular suggesting capping customer liability at Rs5,000 if frauds are reported to the bank within four-seven working days; if a customer reports fraud beyond seven working days, the liability would be determined based on the bank’s policy, the circular added.

Based on feedback received from stakeholders, final guidelines are expected to be issued shortly, Mundra said, asking banks to tighten IT systems.

Vivina Vishwanathan contributed to this story.