Home >Industry >Clicking up a Storm

Clicking up a Storm

Clicking up a Storm

In this weeks episode we have Sidin and Krish (FINALLY in the same city). Today they look at two big stories, both covering very different parts of the tech arena. 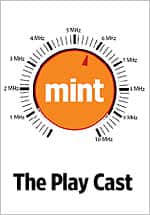 They also look at a piece of news by the Los Angeles Times in which the paper has claimed that its online revenues are now more than sufficient to sustain its entire (print and web) payroll. American journalist Jeff Jarvis writing for the Guardian, has called this a new chapter of history. But these claims, (and the reliability is still debatable) raise a number of questions. Is this really, as Jarvis claims a case of the Internet succesfully coming to the rescue of the Print medium? Read more of our analysis on the issue on the Play Things blog