2G data consumption declined for the first time in 2016 after growing 12% in the previous year, as subscribers moved to higher-speed tariff plans 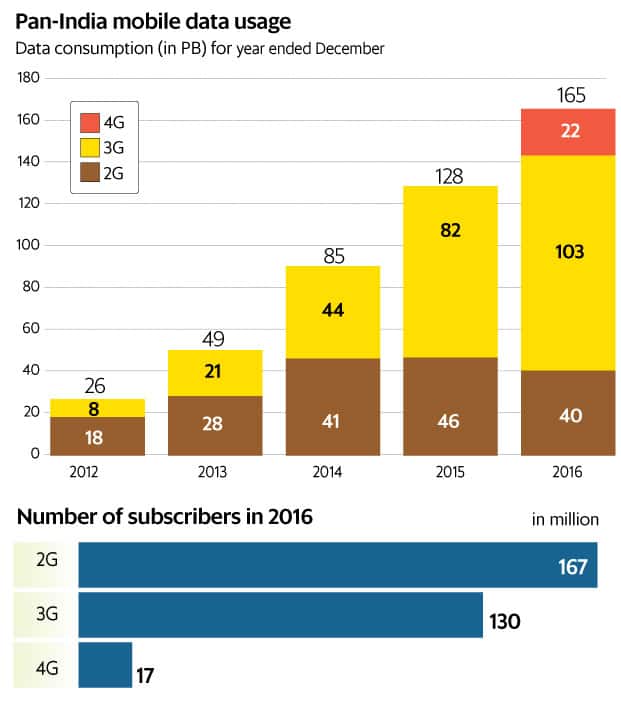 Video remained the largest contributor to mobile data consumption. With similar consumption habits, a 4G user consumed 30-40% more data than a 3G user. Video continued to drive data traffic, with direct and indirect channels together contributing 55-65% of the consumption. Social media and communication were the drivers for user engagement in terms of time spent. 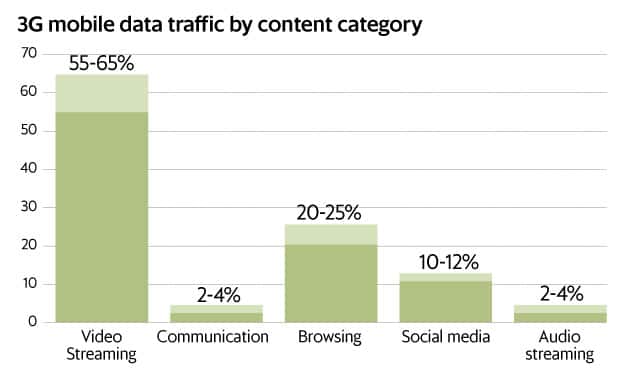 Smartphone prices also continued to decline and a majority of smartphone shipments were 4G-compatible handsets. As many as 43% of all mobile devices shipped in 2016 were smartphones. Sales of 4G-enabled smartphones increased 2.7 times from the previous year, while those of 3G-enabled smartphones rose 1.2 times. The entry-level price for a 4G handset dropped to Rs3,000 in 2016. 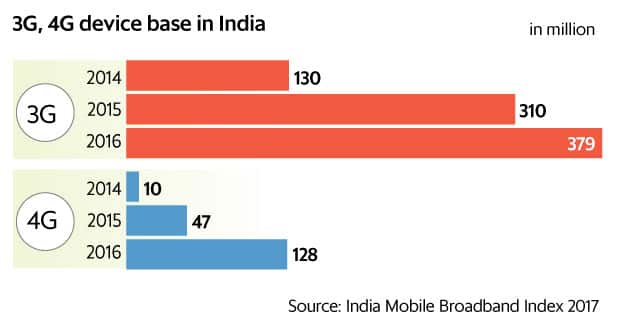