New Delhi: Opposition parties and many commentators have been citing the Labour Bureau’s Quarterly Employment Survey (QES) numbers to attack the government over failure to generate employment). How credible are such claims? A detailed look at QES methodology and design suggests that one shouldn’t read too much in these numbers.

According to the QES figures, number of jobs created in 2015 and 2016 are the lowest since 2009, the first year for which these figures are available. 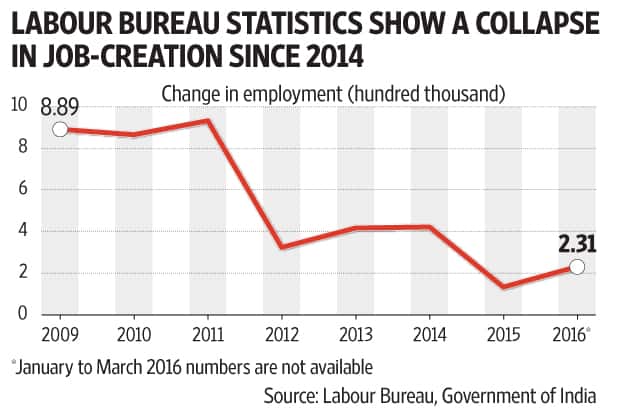 The latest QES report is based on responses/records from economic establishments employing 10 or more workers in eight sectors: manufacturing, construction, trade, health, education, restaurants and accommodation, information technology and business process outsourcing, and transport. QES reports are based on the sixth economic census (2013-14) database, which is perceived to be a comprehensive database of non-agricultural economic establishments in the country.

The actual number of workers in the sampling frame of QES reports is much smaller. It was just over 20 million according to the first report for new series, which was released in September 2016. The reason is QES’s criteria of only looking at economic establishments with 10 or more workers. 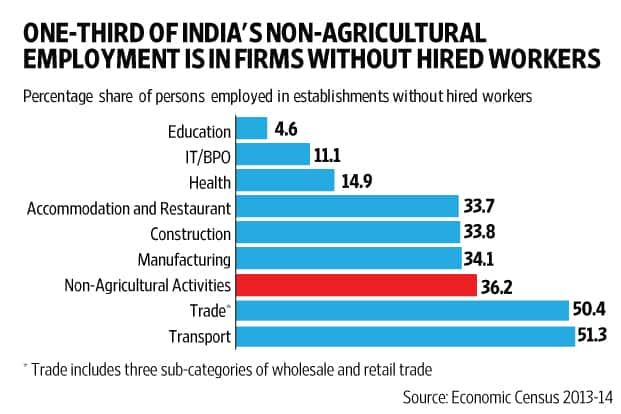 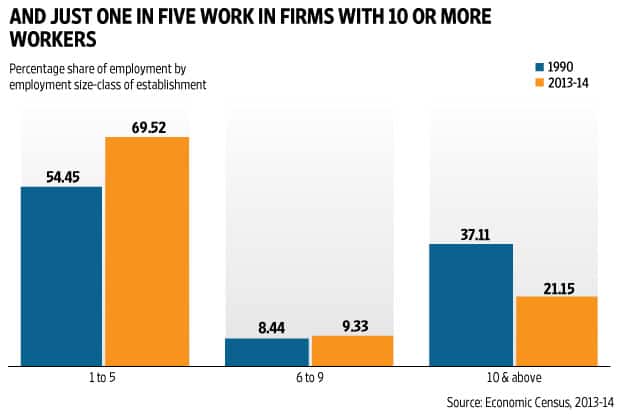 A non-representative sample is not the only problem of QES employment estimates. QES reports clearly state that these statistics are based on reporting/records by firms and are not verified. This makes their credibility extremely suspect in contrast to NSSO or census figures which are based on responses from workers and not employers. In fact, the report itself is categorical in warning against using it to assess the unemployment situation.

So credible assessment of employment trends must wait for results from NSSO’s next large sample round. That lack of high-frequency employment statistics is a serious handicap for policymaking is a point which cannot be overemphasized. To be sure, the government has set up a committee under NITI Aayog vice-chairman Arvind Panagariya to evolve a methodology to generate timely and reliable employment data. However, it would be delusional to assume that such feats can be achieved without a systemic overhaul of India’s beleaguered official statistical machinery.

Catch all the Industry News, Banking News and Updates on Live Mint. Download The Mint News App to get Daily Market Updates.
More Less
Subscribe to Mint Newsletters
* Enter a valid email
* Thank you for subscribing to our newsletter.
Topics
plain-facts mint-india-wire