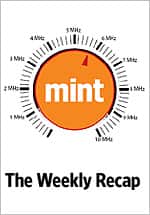 The attack had its resonance in parliament after it convened this week after a break. MP’s for a change buried their differences and adopted a unanimous resolution expressing resolve to combat terror.

There was mixed news on the economic front – although inflation fell to 8%, the real shocker was in the factory output figures which fell for the first time in more than 13 years