The Internet Trends 2017 report by venture capital firm Kleiner Perkins Caufield Byers highlights the growing dominance of the mobile phone as the medium of choice in India which, according to it, has 355 million internet users (as of June 2016) and 277 million broadband users (as of March 2017). Also, 80% of all web traffic in India emanates from the mobile, a proportion that is the second highest in the world after Nigeria.

The report also highlights one of the big challenges to the mobile ecosystem in India: cost. While prices of smartphones have fallen, the average selling price is still around 8% of per capita GDP.

That puts it out of reach for many Indians. 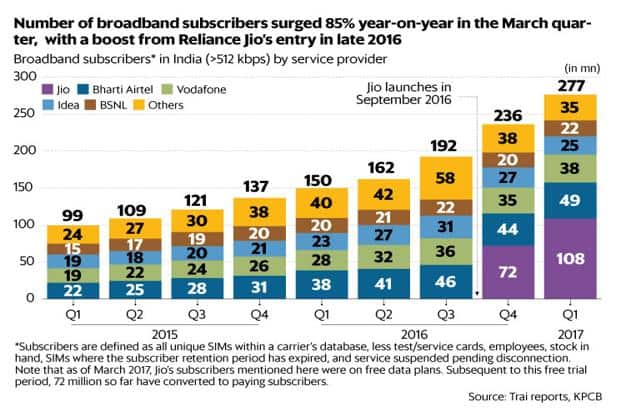 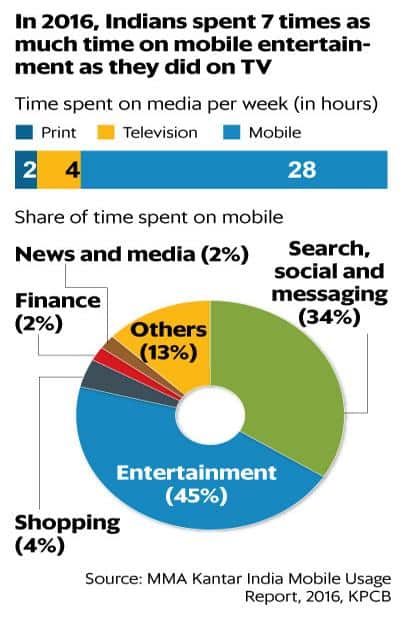 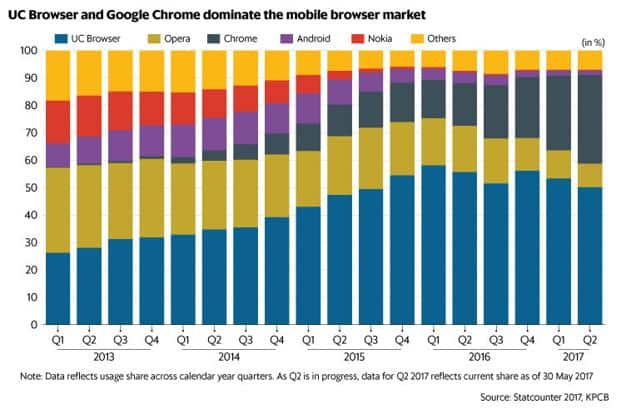 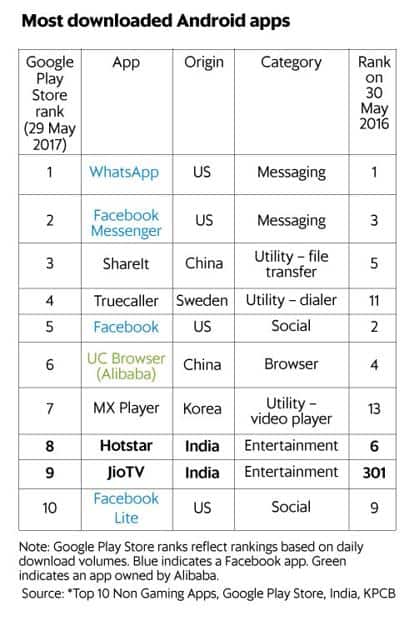