A month after the Indian government provided details of its much-awaited semiconductor policy aimed at providing special incentives for companies to set up chip-making units in India, chip makers such as SemIndia Inc. and Hindustan Semiconductor Manufacturing Corp. are expressing serious concerns about key clauses in the policy. 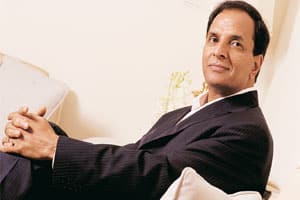 “Firstly, the guidelines were supposed to come last year and have been delayed. Secondly, the guidelines are not attractive in that they say that the company has to first make the entire investment on its own and then the government will reimburse that amount to the firm. Both these issues have a direct impact on our investors’ confidence," said Vinod Agarwal, president and chief executive office of SemIndia.

Santa Clara, California-based SemIndia had originally announced a $3 billion (Rs11,790 crore) fabrication facility in Hyderabad that is expected to be ready for chip production by mid-2008.

The company’s focus will be around manufacturing chips for the telecommunication, entertainment, broadband and digital satellite market. The company plans to raise the amount through a 1:3 equity:debt ratio arrangement.

“The policy only talks about incentives. Guidelines do nothing unless infrastructure, such as water and power, are in place. The execution of these policies is the bigger concern," says Agarwal.

The investment for SemIndia’s fab unit is already valued at around $4.5 billion. The company expects revenues of Rs100 crore for the year ended March 2008 to rise to some Rs600 crore by 2009-10. SemIndia has a design facility in Bangalore and outsources some manufacturing at Flextronics in Chennai. The government’s incentives provide 20% of capital expenditure as incentive during the first 10 years of operations of such plants in special economic zones and 25% of the capital expenditure for non-SEZ units.

Hindustan Semiconductor had also announced a $3 billion investment in India to set up a fabrication unit in either Andhra Pradesh, Karnataka or Maharashtra.

“One point in the guidelines that might be an issue is that the government has asked for a 90% financial closure before it approves our project and reimburses the amount. If the government is investing 20% and 25% (SEZ and non-SEZ) anyway, then why would they want a closure? This is an oversight on their part," says Devendra Verma, chairman, Hindustan Semiconductor.

Analysts, however, note that concessions will only go so far and the real location driving force is what is happening in global markets for such semiconductors.

“Globally, concessions are given on a pay-back basis. Why should there be an exception in India? The fact that you spend now and you will be reimbursed based on performance is probably adding insecurity to these firms. The focus should be on creating and growing the market and the infrastructure to support it. In the next three years, India will have a very mature semiconductor market and big names will come to India anyway," insists Sivarama Krishnan, executive director at research firm PricewaterhouseCoopers.

The India Semiconductor Association has projected that electronics, telecom and information technology products in India will be a $300 billion annual industry by 2016 and semiconductor consumption will be about $40 billion.