Mumbai: The deadline for applying for a banking licence expires on 1 July. At least two dozen companies, both in the private and public sectors, are busy drawing up plans for their entry into banking, being opened up again a decade after the Reserve Bank of India (RBI) allowed the entry of two new banks.

India nationalized 14 large banks in 1969 and another six in 1980. RBI has so far given licences to only a dozen private banks in two phases, including the conversion of a cooperative bank into a commercial bank.

In the first round, the central bank issued licences to 10 private sector banks in 1993-94, shortly after a round of economic liberalization under the P.V. Narasimha Rao government.

Of these, Times Bank was merged with HDFC Bank in February 2000—the first of the so-called friendly mergers in India’s banking history and also the first that was done by swapping shares.

Global Trust Bank was forced to merge with Oriental Bank of Commerce in August 2004 after the Hyderabad-based bank succumbed to the burden of non-performing assets, largely because of its exposure to the stock market. 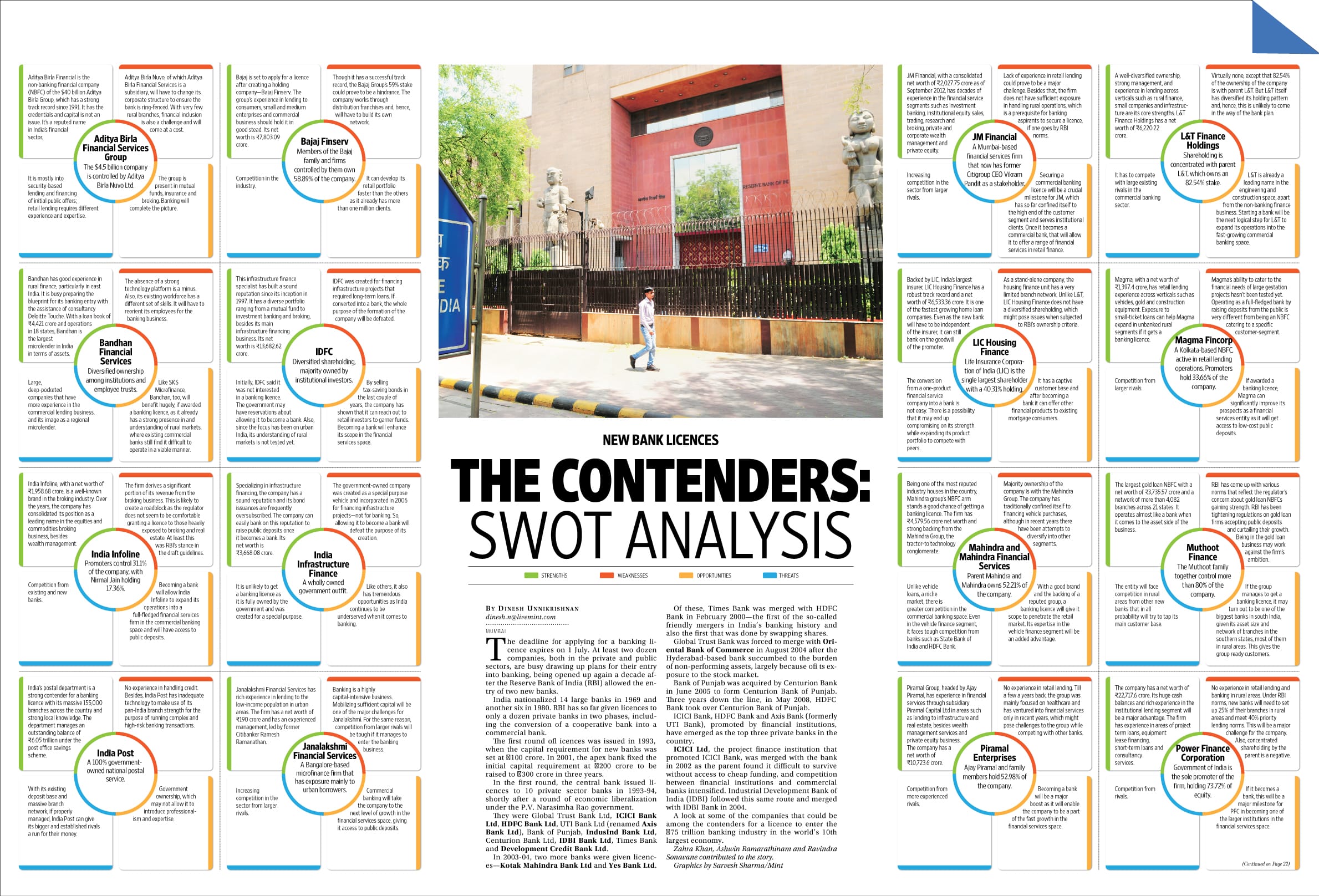 ICICI Ltd, the project finance institution that promoted ICICI Bank, was merged with the bank in 2002 as the parent found it difficult to survive without access to cheap funding, and competition between financial institutions and commercial banks intensified. Industrial Development Bank of India (IDBI) followed this same route and merged with IDBI Bank in 2004.

A look at some of the companies that could be among the contenders for a licence to enter the ₹ 75 trillion banking industry in the world’s 10th largest economy.