New Delhi:Passenger vehicle sales declined marginally in October after increasing for three months in a row.

Small companies are holding back purchases as they looked to use discretionary cash for meeting compliance requirements for the goods and services tax (GST). 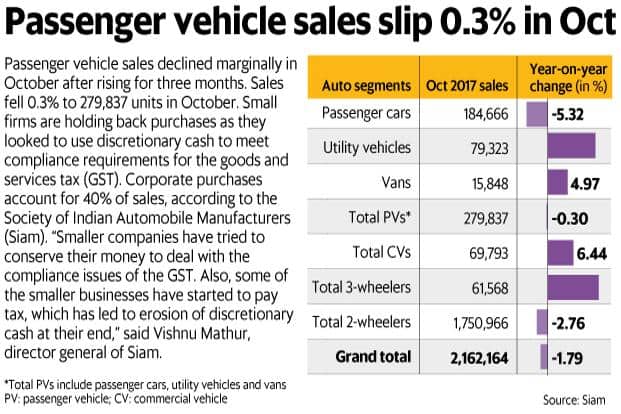 Corporate purchases account for 40% of sales, according to industry body Society of Indian Automobile Manufacturers (Siam).

“Smaller companies have tried to conserve their money to deal with the compliance issues of the GST. Also, some of the smaller businesses have started to pay tax, which has led to erosion of discretionary cash at their end," said Vishnu Mathur, director general of Siam.