New Delhi: Car sales in India slumped 8% in November, dashing hopes of a sustained revival in demand, as an expected festive season boom failed to materialize in a key growth market for global carmakers.

A gloomy economic growth outlook, high interest rates and rising ownership costs have curbed demand in India, where global brands have invested billions of dollars in a car market that saw sales growth of more than 20% 18 months ago. 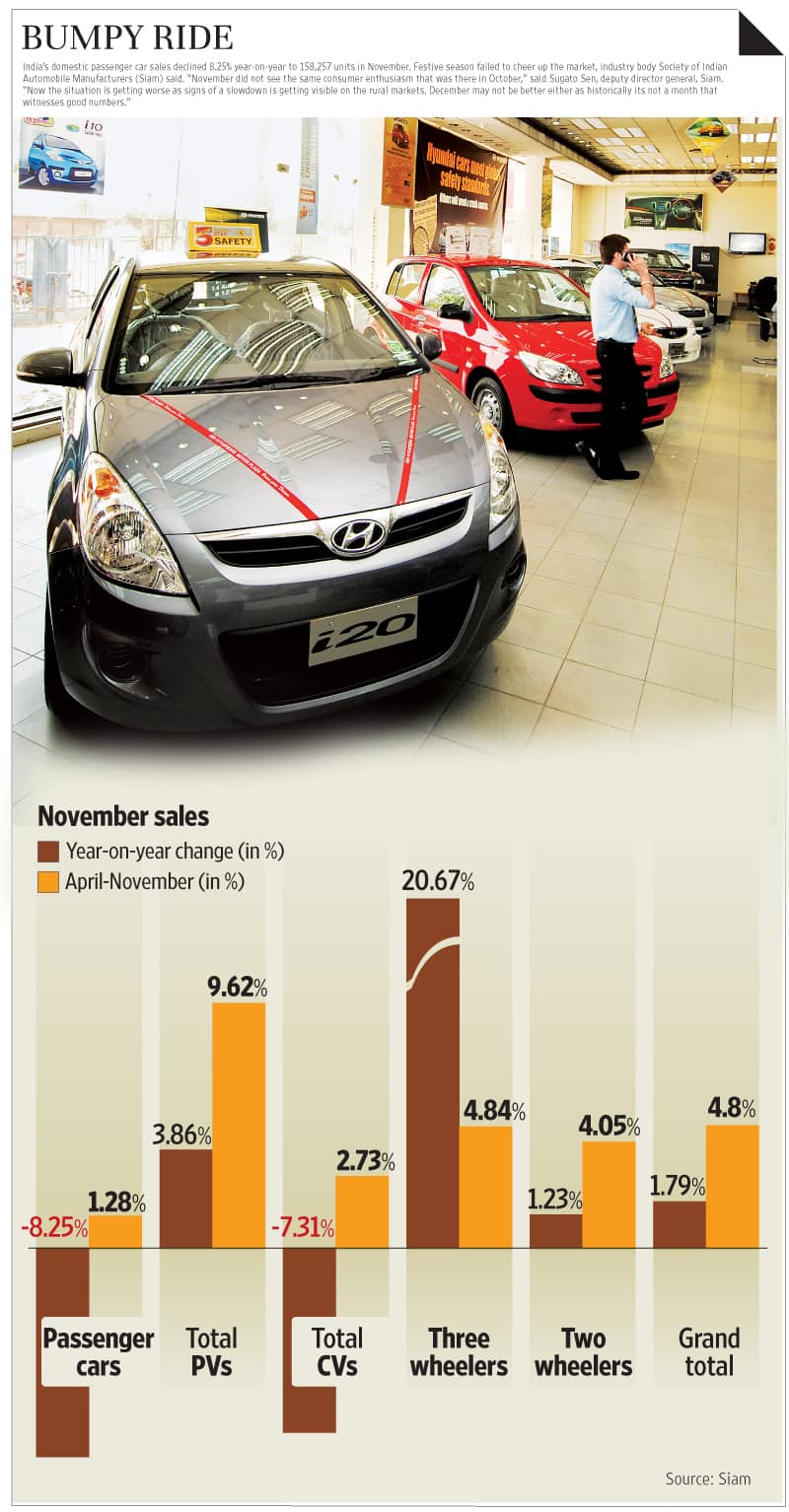 Car sales have grown just 1.3% in the April-November period from a year previously. The country’s industry association has slashed its full year growth estimate to just 1-3% from an initial 10-12%.

“We had anticipated that not all months will be good," said Sugato Sen, deputy director general of the Society of Indian Automobile Manufacturers (Siam). “Cars are within our forecast."

Automakers sold 158,257 cars in November, down 8.3% from a year earlier, according to data released by Siam on Monday.