Home > industry > How ISPs block websites and why it doesn&#8217;t help

How ISPs block websites and why it doesn&#8217;t help

How ISPs block websites and why it doesn’t help

New Delhi: India blocked 245 web pages for provocative content on Monday in an effort to prevent the spread of hate messages and lessen communal tensions in the country, and suggested via an official release on the website of the Press Information Bureau that more could follow.

As was widely reported in the days that followed, most websites blocked were not related to the ethnic clashes in Assam.

Pranesh Prakash, programme manager with the Bangalore-based Centre for Internet and Society, analysed the sites which were listed by the government. In his analysis, 33% of all blocked addresses were on Facebook, 27.8% on YouTube, 9.7% on Twitter and the rest were spread over a number of different websites including Wikipedia, Firstpost.com and TimesofIndia.Indiatimes.com.

Prakash says, “I don’t believe that the decision to block sites was politically motivated, but I do believe that in trying to prevent harm, the government has gone overboard." 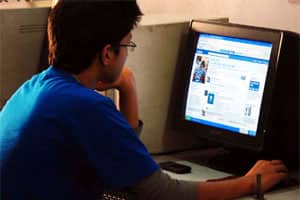 Prakash also pointed out, “There are numerous egregious mistakes. Even people and posts debunking rumours have been blocked, and it is clear that the list was not compiled with sufficient care."

Of course, India’s overall record on Internet censorship isn’t great, with the current laws encouraging Internet service providers (ISPs) to take down content without investigating individual cases properly. And that is not even taking into consideration official government orders, such as this decision to block websites.

How does it work?

The process of blocking content for an ISP is very simple. After all, any content that is coming from a website to your computer has to travel through the ISP, giving it ample opportunity to observe and censor banned content.

Think of it like this—you’re on an island, with no way to reach the mainland (Internet) where all the websites are. The ISP builds a bridge connecting you to the mainland, and charges you to let cars (data) from the sites come to you, by opening the road. Each web page has a unique ID, like a licence plate. If the government tells the ISP to block a specific page, it’s added to the blacklist, and isn’t allowed on the bridge. The government could also block a full domain, such as Facebook.com, which would be like blocking all cars with DL plates, instead of specific numbers.

New Delhi based cyber security consultant Dominic K. says, “The content is still there and can be accessed from outside India, so these measures are really very ineffective. People can use proxies or a virtual private network (VPN) to circumvent these measures with ease, by appearing to be a different site; so banning sites does nothing to deter malicious users."

Proxies are websites that load blocked sites for you—if the proxy is not using the ISP doing the block, they can still load the content from the blocked site and present it to the users, since the blocklists simply block websites, and not their content.

VPNs work in a similar fashion, creating a virtual presence for the user outside of their own country. This can be done to circumvent blocks and access region-specific content, but is also a perfectly legitimate tool, and can increase your security greatly.

It’s a pretty crude system but it’s used around the world. In Australia, for example, the government has a page that directly lists their web censorship activities. It wants to block material that includes child sexual abuse imagery, bestiality, sexual violence, detailed instruction in crime, violence or drug use and/or material that advocates the doing of a terrorist act. However, as noted on the same page, these measures can be easily circumvented. Since the content remains on the Internet, and is only blocked, it can be accessed by “any technically competent user".

Saudi Arabia and the UAE publish detailed information on their filtering practices but other countries such as China return connection errors, and fake “file not found" errors.

There is a long history of Internet censorhip in India, and a perception that the laws have been used for political ends. Net censorship has been around for a while—in 1999, VSNL blocked access to Pakistani newspapers. Later, in 2006 the government wanted to block certain separatist groups of the Yahoo! Groups platform. While the government issued specific pages for the ban, initially, the whole Yahoo! Groups domain was blocked by ISPs. In 2007, Orkut was told to remove “defamatory" pages created by users.

Cartoon pornography website Savitabhabi.com was also blocked in 2009, while several blogging services such as Typepad were blocked last year for a few weeks, and then the block was lifted, with no explanations.

Like Australia, in the UK too, child pornography is filtered by the government, though users there have to opt-in for this filtering. Other countries such as Denmark, Norway and Sweden also see such content being filtered. The Indian IT Act also notes various kinds of illegal content which is not permissible, such as child pornography and hate speech.

Other countries, such as the US, also have aggressive Internet censorship of copyrighted content. Prakash says, “Internet censorship is not restricted to India alone. Every country in the world has been doing this in different ways. The United States, for example, has even seized domains in copyright cases, which were legally hosted in other countries. With regards to political censorship, which some feel is a concern now, I don’t think that the Indian government is doing that. I believe that they are sincerely trying to address a serious issue, but people are going overboard."

He adds, “The biggest concern is that there is no transparency about what is being blocked, or why, and this leaves things open for active misuse in the future."

In Google’s 2011 Transparency Report, released in June this year, India did not feature very favourably. According to Google, the number of content removal requests the company received increased by 49% from 2010. There were five court orders from India ordering the Internet giant to remove content and there were 96 other requests by Indian government agencies for 246 individual items.

In comparison, the US made only 77 requests in the same period. They also revealed that 70% of the content removal requests from India were related to defamation. National security and religious offence attracted far fewer removal requests. Google received only one request from Indian agencies from July to December 2011 for removal of pornographic content.

Our government might not be politically motivated in this instance—however, the possibility for abuse is high, and what’s more, the measures that are being taken are limited at best. Instead of ordering ISPs to block content directly, the government should be working with the content owners and platforms offering the content to have it taken down properly. Instead, we get crude measures which do nothing to deter malicious users, and only serve to inconvenience the general users.

Also Read | Govt in line of fire over web censorship