Mobile Internet user base will more than treble to 480 million by 2017: report

Mumbai: Indian telecom services providers can generate additional cumulative revenue of $8 billion and earnings before interest, tax, depreciation and amortization (Ebitda) of $2.9 billion over the next three years, according to a new study released on Thursday.

The joint study, conducted by Google Inc. and A.T. Kearney to identify these opportunities, said that the mobile Internet user base in India will more than treble to 480 million by 2017 from over 155 million today. It is estimated that in next three years, smartphone penetration will grow six times to reach 385 million people, the report said, adding that data consumption on mobile phones will triple, and consumers will be buying five times as much content.

According to Nikolai Dobberstein, a partner at A.T. Kearney and one of the authors of the report, Indian telcos are poised to leapfrog directly into a digital play, as more digital content and services are adopted by users. By fiscal 2017, the Indian telecom industry is expected to reach $35 billion in revenue, with data revenue growing at over 70% per year till then and new digital VAS (value-added services) streams emerging and growing exponentially.

Global markets have seen similar shifts as they matured from voice to messaging and from data to digital.

Markets like Japan and Korea have taken up to 10 years to move from data to digital, but India is poised to leapfrog, as the country has already embraced the Internet, as seen by the massive adoption of social networking and the recent e-commerce boom, the report said. 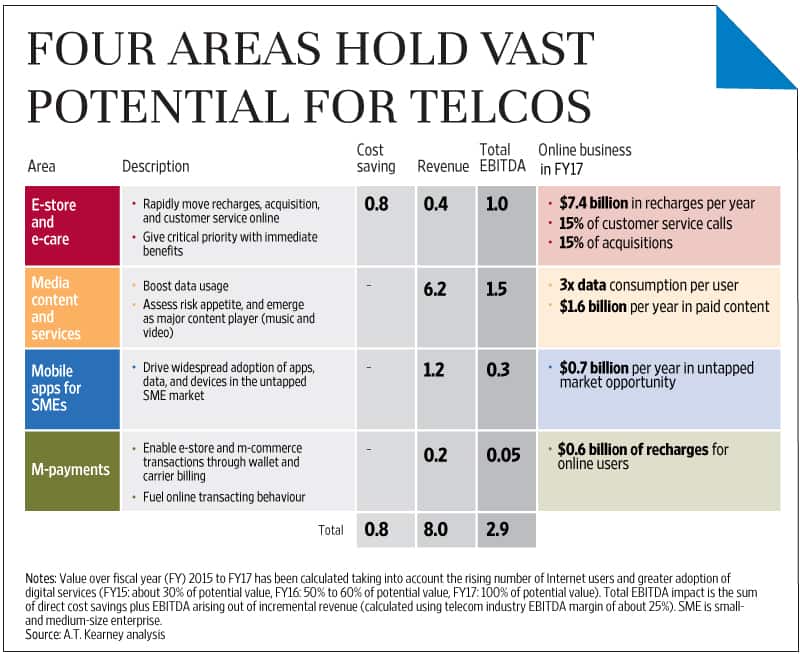 Analysts agreed that telcos have much to gain from the growth in data services.

Rohan Dhamija, partner and head, India and South Asia at research firm, Analysys Mason Ltd, said, “While the total revenues of mobile operators stand at approximately Rs1.58 trillion today, that amount is likely to more than double to Rs2.73 trillion in the next three-five years. Assuming that 25% of that revenue will come from data, amounting to roughly Rs60,000 crore, 30% of that will flow into earnings before interest, taxes, depreciation and amortization (Ebitda), totalling about Rs18,000 crore. Thus, telcos can leverage this potential Rs18,000 crore through 3G in the medium term and 3G and 4G in the long term." 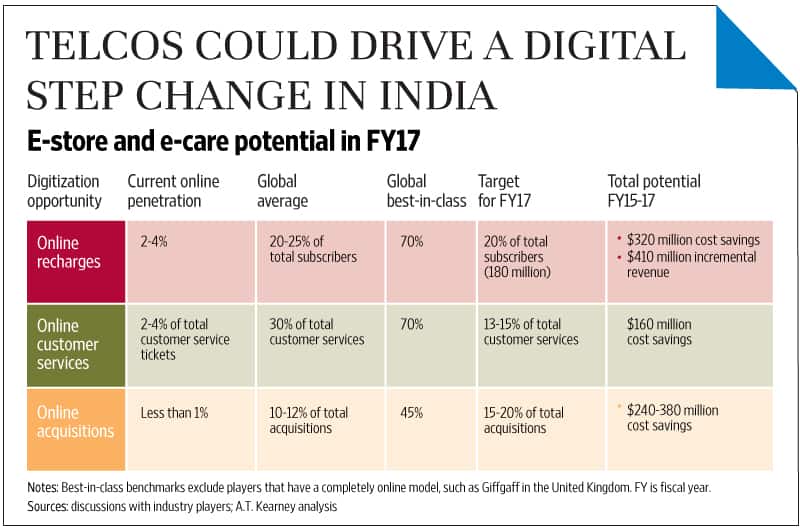 He added that while video usage is likely to contribute to 40-50% of data revenue, the other 50% will be driven by application browsing, m-commerce and m-payments, as well as over-the-top (OTT) services like Whatsapp and Facebook. “However, OTT will not contribute to a significant portion of telecom operator’s data revenue," he said.

Ashish Basil, partner at research firm, EY, agreed that data contribution to total revenue for telecom operators can easily treble from 10% today to 30% in the next three years. However, he added that it all depends on how fast telecom companies (telcos) can rollout the 3G network, as the pace of data usage growth depends on the speed of the network. 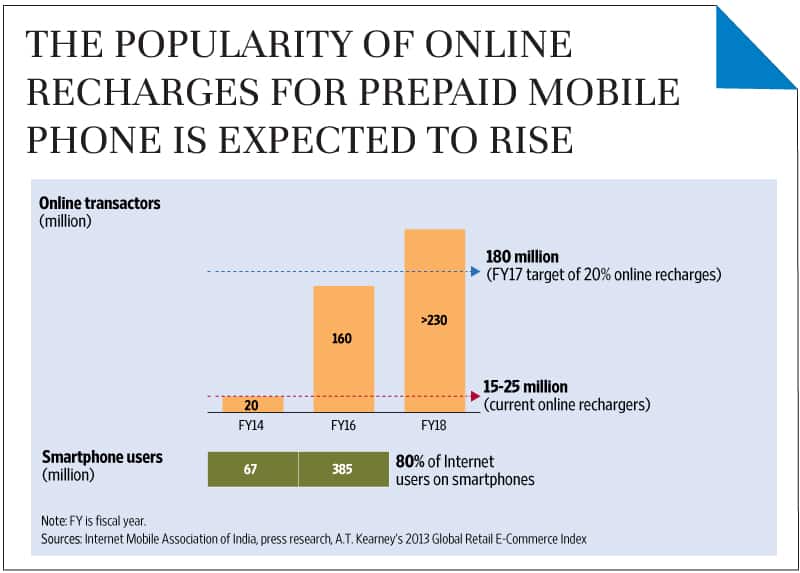 “Intelligent bundling of data services (which today is expensive considering subscribers have to pay for both the data plan and data services), or reducing the data cost can help boost data revenue growth for telcos. Going forward, m-commerce, applications and live and stored video streaming will drive data usage on mobiles going forward," said Basil. 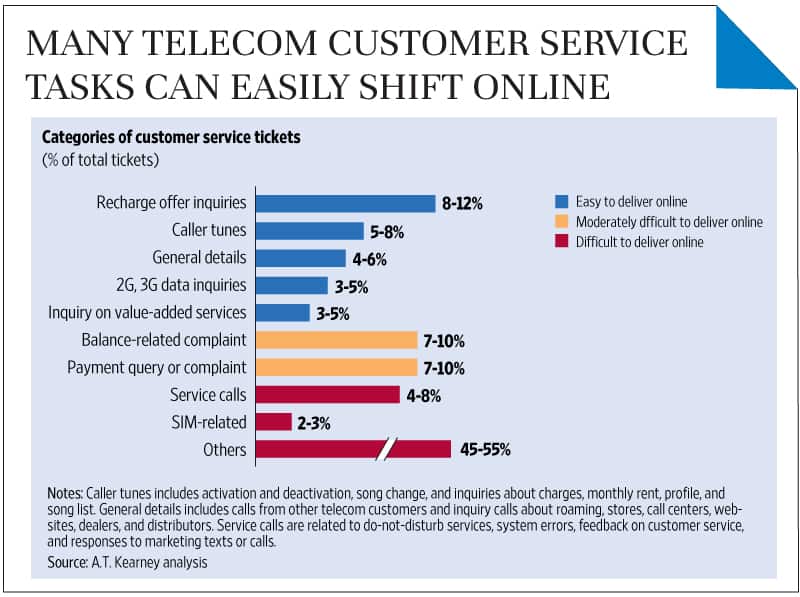 Four areas that could unlock billions of dollars for telcos:

Online stores and customer care: Online recharges for prepaid mobile phones will grow to more than one-third of all recharge value, with almost 20% of all users recharging online.

Media content and services: This opportunity to lead the nascent Indian market could create more than $6 billion in additional data and content revenues.

Mobile business apps for small and medium enterprises: In this untapped market, telcos are in a prime position to drive widespread adoption and capture $1 billion in revenue.