He says he’d prefer that people visit the popular social networking site frequently than sacrifice their life to it. Instead fans should use the site to find what they want - and they go and do something else, The Daily Telegraph online quoted Stone as telling a conference in Montreal. 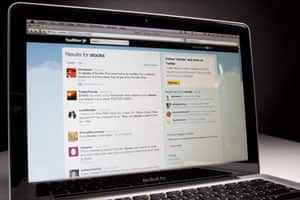 Stone, 37, said using Twitter that much was not what he intended. “To me, that sounds unhealthy," he said.

He added, “I like the kind of engagement where you go to the website and you leave because you’ve found what you are looking for or you found something very interesting and you learned something. “I think that’s a much healthier engagement. Obviously, we want you to come frequently."

Stone said when Twitter first launched many thought it would fail because they did not think it useful. “Nobody thought it was a good idea," he said. “And I distinctly remember my colleague Evan Williams saying, ‘Well, neither is ice cream. Should we ban ice cream and all joy or can we have something that’s just fun? What’s wrong with that?’"

However, Stone said there were no plans to increase Twitter’s 140 character limit.