Thanks for Visiting Mint
You seem to have an Ad Blocker on. Please turn it off in order to continue, or whitelist Mint
HOW TO TURN OFF AD BLOCKER
OR
REFRESH IF YOU ALREADY TURNED OFF THE AD BLOCKER
Home >Industry >From inspiration to innovation

From inspiration to innovation

From inspiration to innovation

Bangalore: Since 2005, the year Apple Inc.’s iPhone debuted, interfaces that employ the human hand as the tool of interaction have become ubiquitous. The iPhone’s latest version, released in October, goes a step ahead and features the use of man’s most natural tool of communication—the human voice. 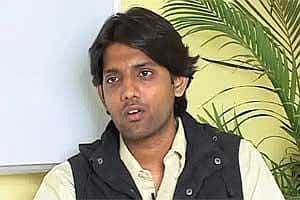 To capitalize on the lack of such an application for users of cellular phones running on Google Inc.’s mobile operating system Android, Bangalore-based Dexetra Software released a Siri-like app a few days after the latest iPhone was launched.

Called Iris (Siri in reverse), the app became a focal point for Android users after the tech blog TechCruch previewed a version of the app.

Dexetra was founded in 2010 by a group of six engineers in Cochin who were interested in building applications at the intersection of artificial intelligence and cloud computing. “We were working on some AI projects and when Apple released Siri, we just did Iris for fun. We actually coded the first version of Iris in eight hours," says founder Narayan Babu.

The app has come a long way since then, when it could do some of the things that Siri did—check stock prices, find locations on maps, answer queries on art, literature, politics or history. Its latest version does much more. You can open your camera with a voice command, look for job listings, get song lyrics, post updates to Twitter and Facebook, and even check your horoscope. “We have around 15 services from where we provide answers, such as Google Places, Wolfram Alpha, Bing, and Yahoo Finance," he says.

“We fundamentally solve two problems: how to translate a natural sentence to something that the machine can process, and how to choose the right service out of the 15 services that we use to get the answer," says Babu.

The command, after being translated to text, is sent to the IRIS cloud server, where it breaks down the sentence into it’s constituent parts.

“We identify the essential parts of the sentence such as the noun and the verb, and we discard the superfluous bits," says Babu. In the last example, Iris will mark “please" as superfluous.

Once the essential parts are identified, the next task is to choose which service has to be used. For this, Dexetra has built a huge database of nouns and objects to decipher what the users want. For instance, if you say you want to go to Big Bazaar, the app looks up the database to find what Big Bazaar means and then queries the appropriate service.

The app has been downloaded about two million times since it was launched. “We have around 1 million active users, and we serve close to one million answers a day," says Babu. Overall, the firm has served answers to nearly 100 million queries.

Since the success of Iris, Dexetra has raised some seed funding from One97 Mobility Fund—a $100 million fund backed by SAIF Partners. The fund invests in early stage mobile companies.

There are hurdles though. For one, Android’s voice recognition does not work well with Indian accents.

“We expect this will improve over time," says Babu. And, like Siri, a large number of queries go unanswered. About 25%, according to Dexetra. “Usually, this is solved by asking the user to frame the question in a different way. The app will also keep engaging with the user so that there is no lag," Babu says.

There is also the risk that Google itself might develop an app to do the same. Samsung’s latest flagship Android phone, Samsung Galaxy S III, comes with an in-house voice-based digital assistant called S Voice. Dexetra recently entered into a partnership with Micromax where Iris, rebranded as Aisha, has been bundled with Micromax phones.

Babu acknowledges that Iris earns no revenue yet, but the company hopes to tie up with utility services and banks for payments of bills.

Dexetra is also diversifying by launching an app called Friday, which creates a personal search engine to enable a customized phone experience for each user. Friday uses many of the same AI-based modules that were developed for Iris.

Mint has a strategic partnership with Digital Empowerment Foundation, which hosts the mBillionth Awards.