The perfect (short) solution to the Padma mess

The perfect (short) solution to the Padma mess

Everyone’s upset about the Padma awards. As I write this, columnist Vir Sanghvi and producer Pritish Nandy say they are joining forces to file an RTI (Right to Information) application to find out who exactly in the government lobbied for a Padma Bhushan for US-based hotelier Sant Singh Chatwal. 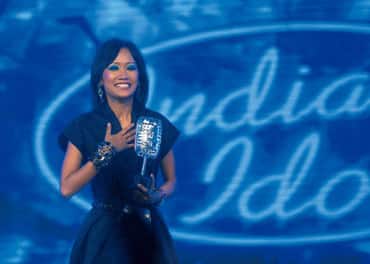 Short cut: The Padma awards could learn a thing or two from Indian Idol. Like how winners are selected. Prodip Guha / Hindustan Times

Most people are unclear about the selection process of these awards. My politically-connected pals tell me that a bunch of bureaucrats collate the nominees from the ruling party’s friends-and-families list (last year Montek Singh Ahluwalia’s wife got one; this year one went to the Prime Minister’s surgeon); then the Prime Minister’s office along with some key ministries such as the home ministry and some “eminent citizens" takes a final call.

If last year we were upset that India’s highest civilian awards ignored our Olympic boxing and wrestling medal winners (even though cricketer Harbhajan Singh got one), this year everyone’s wondering why the government thought 2010 was the right time to make a statement about the way Saif Ali Khan’s acting (and looks) have improved.

They could have waited; Khan is one of those men who will only look sexier as they grow older.

But why pick on Khan? As usual, the annual Padma awards, which are announced every January, had many names that didn’t hold up to public scrutiny.

Personally, I don’t understand why everyone seems so surprised. Just look at the other awards handed out this month: the Indo-American Society named Ekta Kapoor most promising entrepreneur of the year (for singlehandedly killing the spirit of the Indian woman on television); Arjun Rampal and Kangana Ranaut got National Film Awards for acting (!); and the Star Screen Awards apparently added a category (Best Entertainer of the Year) because Katrina Kaif cried.

I think it’s time we stopped being upset about these award-winning flaws. We should harness the opportunity. Make some money. The Padma awards could be bigger than the IPL.

I called up a couple of experts to find out how SMS polls really work. “Basically, the cost of delivery of an SMS is not even a fraction of a paisa," said Mahesh Murthy, founder and chief executive of digital marketing firm Pinstorm. But most popular television polls usually put a premium of Rs3-5 on an SMS. The winnings are shared by the mobile network (the dominatrix in this relationship; it can get up to 80% of the revenues) and the channel. Of course, the government of India would have more negotiating might than a television channel. The government could then use the money for water, roads, jobs, or even a Best Chief Minister award.

Okay, okay, if one wants a more stringent code of conduct, the government could “convince" the telecom companies to conduct a free poll. Murthy says it’s easy enough to ensure a “One Number, One Vote" system. Television channels don’t enforce this rule because it’s in their interest to make maximum money.

The process of lobbying could stay the same, except that it would have to be televised so audiences know who exactly they should vote for. So, if Mamata Banerjee wants us to vote for Mahasweta Devi, she has to stand up and tell us why. And if Manmohan Singh believes his surgeon is better than ours, he should help us understand his reasoning. All in under 3 minutes.

Have I left out anything? SMS me.