How Saina Nehwal and Yogeshwar Dutt, two of our best medal hopes in Rio, overcame injuries, added muscle and got into the shape of their lives

If the social media updates of stars can at all be considered to be a parameter of their well-being, you would say Saina Nehwal has been keeping well. India’s shuttle queen is active on Twitter, keeping her almost two million followers updated regularly. There are updates from airport lounges around the world when she’s travelling for tournaments, from studios where she’s shooting for advertisements and shows, interspersed with pictures of her relaxing with her family and her dog, Chopsy, when she’s at home in Hyderabad. What Twitter doesn’t tell you much about, though, is the story of Nehwal’s fixation with the Olympics.

“I’ve been obsessed with the Olympics since I was a child," she says. “More than the World Championships, All England, or any other Superseries. Ask my mother. I was 9 when she believed I could win an Olympic medal. I used to say, stop joking!" 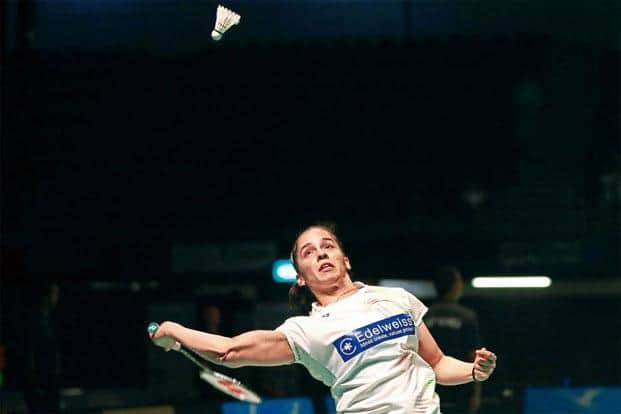 The 26-year-old will be participating in her third Olympics in Rio. In these eight years, Nehwal has grown into a world-class player, having achieved the World No.1 ranking. In a way, she’s been the common thread for Indian badminton through three editions of the Games. On her Olympic debut, in 2008, in Beijing, Nehwal finished as a quarter-finalist, the first Indian to do so. In 2012, in London, she won bronze, also a first by an Indian. And now, in Rio, Nehwal will be spearheading the biggest-ever Indian badminton contingent at the Olympics (there were two players in 2008, five in 2012, seven in 2016), with an eye on improving the colour of her own medal. To that end, there is one thing that has taken precedence over all other aspects of her game: getting fitter, stronger and faster.

At a gymnasium in Bengaluru, under the watchful eyes of strength and conditioning coach Deckline Leitao, Nehwal has been charting her road to Rio. The 42-year-old Leitao, who has a degree in sports science from South Africa, calls himself the “breakdown man". He treats the body of the injured or recovering athlete like a mechanic approaches a car that needs fixing.

Leitao first started working in India in 2013, at the Prakash Padukone Badminton Academy. That’s how Nehwal’s current coach, Vimal Kumar, connected his ward to Leitao. The two first met towards the end of 2015, before the BWF Superseries finals in Dubai. “She had picked up a groin niggle and an Achilles tendon injury. I managed to get the groin injury out, but not the Achilles; there wasn’t enough time. Saina couldn’t even walk around in shoes for long, forget training," says Leitao.

So, Leitao and Nehwal focused on building upper-body strength.

Nehwal went into the tournament with just 30% fitness. “I told her that she would be able to pull off two matches at the most," recalls Leitao. “After that, you’ll have to see how far you can stretch."

In Dubai, the Hyderabadi looked visibly muscular. With her sleeveless purple outfit, animal print tights and black knee-length socks, Nehwal looked very unlike her usual self.

“The idea was to make her stronger bit by bit," says Leitao. “And we were only getting started, because that’s all she could take in at the moment.

“Why is (tennis player) Serena Williams a class above the rest? Because she is strong, and look at the boost it gives her. When a badminton player is strong like that, hitting shots becomes simpler. Just a touch of the shuttle and it goes past the net."

Though Nehwal’s legs looked heavy and her court movements sluggish, there was already marked improvement in her game. And this was most visible in her match against World No.1 Carolina Marin. In a cat-and-mouse contest in which the players exchanged leads multiple times, a half-fit Nehwal beat the unconventional Spaniard in three games.

Cut to June. With around 50 days to go for the Olympics, Nehwal bagged the Australian Open Superseries title, beating the likes of former world champions Wang Yihan and Ratchanok Intanon before the title clash. Leitao’s methodical and specialized strength and conditioning training was the secret sauce: Nehwal was fighting fit, just in time for Rio.

“She is a good mix of strong and light at the moment, and that’s a huge improvement, given the extent of her injury," Leitao said after Nehwal’s Sydney win. “As a strength and conditioning coach, I don’t judge her wins by the scoreline. I see the power of her smashes, her foot movement, her body balance. And in all those departments, she was the clear winner."

Leitao, who travelled with Nehwal to the All England this year, says her stamina had increased visibly and her confidence was much higher. In what was her comeback tournament, Nehwal’s game looked rusty, for she lacked match practice. But in terms of fitness and strength, she was right up there.

It started with what Leitao calls “core activation". In simple terms, it meant getting her body balance right, so that all the muscles of her body could be activated evenly and in the right sequence. Through every exercise—squats, lunges, push-ups, box jumps—the focus was on activating the core and perfect posture.

On court, that translated to each muscle performing its function optimally. For example, take an action like a smash. The player has to leap, reach upward with the racket hand and whip that hand forward in a flash. This can be broken down into a hundred little steps for the body, but broadly, the leap requires an energy transfer from the toes pushing down on the ground, the calf muscles contracting and expanding hard, the knees flexing, the thigh muscles whipping to full extension, the large glutes contracting to provide explosive power, and the core stabilizing the entire movement and transferring power up to her upper back and shoulders, which in turn explode into a powerful forward movement that is carried through the arms and into the wrist. If any muscle in this movement is a weak link, it not only compromises the speed and power of the action, but also puts undue pressure on other parts of the body to compensate.

This focus on getting her movements in perfect sync meant that when she was on court, there was no excess load on any one part of Nehwal’s body.

“You can see that during matches, her body is now moving like a unit," Leitao says.

It’s something Nehwal acknowledges herself. “For example, if I am playing a smash, I know just by playing it that it’s not coming out of my arms only, my feet are pushing me too. The training makes me feel more complete as a player because now all my muscles are contributing towards my game."

“Core activation is a very technical thing," Leitao says. “But I explained its significance to Saina, and within two weeks she was able to grasp it. At this stage in her career, she’s looking for quality. So once she’s seen what we’re doing is working for her, she’s going to make sure she does it well." He praises her work ethic, saying, “Given her superstar status, I thought it may be a problem working with her. But she’s the best student a coach could ask for."

Vimal Kumar agrees. “The kind of hard work Saina puts in and the focus she displays during training is rare. There may be a bunch of players training at the adjacent nets, but Saina is not even aware who’s around." Iwant to end my wrestling career with an Olympic gold," says Yogeshwar Dutt, and chances are that is exactly what he will do. Rio will be Dutt’s fourth Olympics, the most that any Indian wrestler has ever qualified for. And at 33, Dutt is defying all expectations and getting better at his art. Put that down to a tectonic shift in his strength and conditioning.

“When I went for my first Olympics, in 2004, I knew very little about fitness, and we had very little expert help," Dutt says. “In the last five-six years, that has changed completely. I have got some of the best help in the world, both medically and in strength training. I don’t think I have ever been fitter."

For example, there is now a Hypoxic chamber—an exercise room that mimics the effects of high-altitude training and thus boosts cardiovascular fitness—at the Sports Authority of India training centre in Sonipat, Haryana, where India’s national team trains.

This intervention has been crucial to Dutt, whose wrestling career could have ended back in 2009, when he first tore a knee ligament and had to undergo a surgery that put him out of action for almost a year. If it had put an end to his time on the mat, Dutt would not have won his two Commonwealth Games golds (2010 and 2014), his Asian Games gold (2014), his Asian Championship title (2012) or his Olympic bronze (2012).

But he did. And it did not stop there. Since 2009, Dutt has had multiple career-threatening injuries, including a total of five surgeries on his knees, and a spinal injury that laid him low for six months. Each time, he has come back stronger, fitter, better.

“Nothing can stop me from being on the mat," Dutt says. “I was born to wrestle. Let’s see if I can be beaten at Rio."