Deep down in the hearts of every tech-inclined person—from the fervent fan to the cynical naysayer—are the world’s most potent gadget myths. The winged unicorns of technology. The stuff promised to us in our early days. Flying cars. Virtual reality. Duke Nukem Forever. The PlayStation Phone. 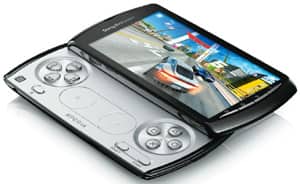 Trigger-happy: The Xperia Play has a slide-out gamepad, much like the PSP.

The Xperia Play is a 4-inch, Android-powered, touch-screen phone with a slide-out gamepad, much like Sony’s PSP Go game console. The pad consists of four-way directional keys, left and right triggers at the back, two touch-sensitive pads, and a standard four-button set-up. It feels comfortable to hold, though extended play results in mild discomfort. The touch pads are a poor substitute for an analogue stick, and much less precise.

The Play runs Android version 2.3, or “Gingerbread". The “phone" part of the Play is fantastic. Call quality is excellent and everything runs without much lag. Email and Internet features are top-notch, and the bright vivid screen makes most tasks painless. Battery life is so-so, no worse than one’s modest expectations from an Android device.

The phone looks excellent, if a little chunky. The shoulder buttons make the position of the volume rocker a little awkward, and the headphone slot is located on the top left, not an ideal position. The slide-out mechanism, it must be said, is super smooth.

Slide out the gamepad, and the phone launches a bundled Xperia Play application, which lists the four games that come pre-loaded and a library of other titles that can be purchased. Pricing is well done—a lot of the HD titles are ₹ 50 each, and others are ₹ 66-200. Most of these games require hefty downloads, so getting them on the go through a 3G network is out of the question. Also remember that most of these games are not unique to the Xperia Play—they’re just optimized to use the easier controls.

The second way to play is the PlayStation Pocket app that presumably will contain the promised Play-specific games. I say presumably because all it contains right now is the pre-loaded Crash Bandicoot, a game from PlayStation1, and a stern warning that the PlayStation Store is “not available in your region".

The games are largely underwhelming. Fifa 10 looks blurry and awful, like it was optimized for a much less powerful device. The Sims 3 is better played with a touch screen than the gamepad. Bruce Lee is a fun fighting game, but nowhere close to what you can play on a Nintendo DS or PSP. Crash Bandicoot is good fun, but c’mon, it’s a 15-year-old game. If the PlayStation Pocket app is going to consist of oldies resold to consumers for a price, that’s not going to cut it.

The problem is, what standards are we supposed to hold up the Play to? Compared with other smartphones and tablets, this is a decent start. It could beat the iPad with a few signature titles, and is easily the best Android gaming device available. Compared with the DS and PSP, it’s like Minesweeper versus Legend of Zelda.

The Xperia Play needs a library, fast. It needs the PlayStation Pocket app to get its act together, and deliver the eclectic experimentation and quirky games that the PlayStation Network is known for. It needs more than just rehashed ports and rush jobs. Unless that happens, and happens soon, say hello to the 21st century’s Nokia N-Gage.