Graciela Iturbide is on her fourth visit to India and she is full of plans. The celebrated photographer from Mexico is here for a joint show with Raghu Rai, called An Eye for an Eye, to mark the 200th anniversary of Mexico’s fight for independence. She will then spend a month in Varanasi; it will also be her fourth trip to the city. “When I first went there I didn’t find it remarkable," she says in Spanish (with the aid of a translator). “But then I went again and I loved it." 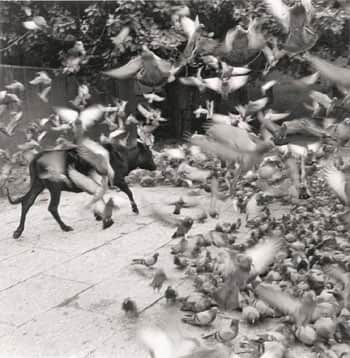 Iturbide says Mexico and India are both “spiritual" places but in their own ways. When she visited Rishikesh, she was reminded of the holy city of Chalma in Mexico and she was struck by how marigold flowers are used in both cultures for religious celebrations and funerals. Tlazolteotl, pre-Spanish Aztec goddess of earth, wears a skirt made out of serpents and reminds her of Kali.

But with time, Iturbide seems to have developed a keen and subtle appreciation of the differences between the two cultures—her black and white photos of Mexico and India, which will be on display, reflect this play of resemblance and difference. At times, she seems to focus on similarities by her choice of subject—eunuchs, birds, cacti—and their pose and demeanour. But what emerges is the reality of two very different places, being observed by the same eloquent and empathetic eye.

An Eye for an Eye will be on view at Instituto Cervantes, 48, Hanuman Road (Connaught Place), New Delhi, until 31 October.

A forthcoming exhibition by the Alkazi Foundation for the Arts, The Marshall Albums: Photography and Archaeology, will present for the first time, the extraordinary career of Sir John Marshall, the first director general of the Archaeological Survey of India, or ASI.

These early images testify how photography was used for conservation projects, establishing trends in the formative years of the ASI.

According to Rahaab Allana, curator of the Alkazi Foundation, the collection is one of the most important in their archives, which has been built by its chairman, Ebrahim Alkazi, over the last 30 years.

The albums were acquired by Alkazi in the early 1990s at an auction. They comprise around 300 images taken between 1862 and 1934, mostly by ASI staff photographers, illustrating ASI’s work, especially those undertaken during Marshall’s tenure between 1902 and 1928. The focus is on sites such as Delhi, Sanchi, Mohenjodaro and Taxila, which are often referred to as Marshall’s archaeological triumphs.

While maintaining focus on Marshall’s contributions to South Asian archaeology, the themes presented in the exhibition include the rise of archaeology as an authoritative element for historical scholarship during the 18th and 19th centuries, the politics involved in the archaeological creations of preserved monuments, and the relationships between photography and archaeology.

Timed as a run-up to the 150-year celebrations of the ASI, the exhibition is accompanied by a publication from the Alkazi Collection of Photography and Mapin.

The Marshall Albums: Photography and Archaeology will be on view at the Shridharani Gallery, Tansen Marg, New Delhi, from 7-17 September, 11am-7pm.