The memoirs and reminiscences of ICS officials and their families stationed in New Delhi between 1931 and 1938 paint a picture of just how small and limited official society was. There would have been two reasons for this. First, the size of the ICS itself never exceeded 1,300 members on an all-India level, with only a small minority stationed at the Centre in New Delhi. And second was the crucial role of the Warrant of Precedence, that bible of professional and social ranking, in continuing to dictate social life in the imperial capital. It didn’t just dictate where one sat at a dinner party, the Warrant of Precedence dictated who would be invited to a dinner party as one could not ask or be asked to dinner by anyone above or below a certain rank. The way they were: At a nightclub in 1954 (the author describes this photo as one of the primary inspirations for her book)

The imperial capital had been deliberately designed to reflect imperial governance and therefore those of the indigenous population who did manage to infiltrate the closed ranks of official society and their city—for example, Indian civil servants of some rank, Indian members of the Viceroy’s Executive Council, the Indian princes and some Indian businessmen—were expected to adopt and cultivate the same social patterns of behaviour as their European counterparts. There were instances of dinner parties attended only by Indian officers of the ICS at which official dress regulations were enforced—one required a dinner jacket to be worn; another, white tie and tails. Uniformity of behaviour, then, was encouraged in those belonging to official society; more importantly, it was a way of perpetuating and maintaining the prestige of the Raj. The small and incestuous social circle of the official made this uniformity easier to enforce and thus official society and by extension the all-important prestige of the Raj and its administrative arm were more easily controlled. And so the strict hierarchies of the Raj were maintained. The author’s grandmother and her sister in the early 1950s. (Photographs from the author’s personal collection)

... In the months of the Winter Season, however, a veritable treasure-trove of activities were planned and executed with giddy abandon. The highlights of the Season were the Viceregal Ball, the Viceregal Garden Party, the Horse Show Week, polo, garden parties given by the each of the executive councillors and innumerable dinner parties. The New Delhi Horse Show Week, which took place in February every year, was the centrepiece of the entire Season, with the actual horse show holding pride of place. Horse Show Week, then, was a week of ‘many activities and kaleidoscopic acquaintanceships’.

Indeed, the biggest social events took place in that one week of the Delhi Horse Show, which culminated with the Viceroy’s Ball. More importantly, to be visible at these events marked you as possessing a certain status in official society. Invitations, dependent on rank, were in demand and friendships could be cultivated specifically for such a purpose. 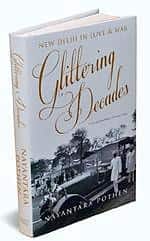 Indeed, despite the protestations of many officials to the contrary, life in New Delhi was centred on activities of leisure and social pursuits. Memoirs of and letters from this period all provide minutiae of the writers’ daily lives and a large portion of these are taken up with details of the Raj at play. One Indian ICS officer recorded in his diary lunch parties, tea parties, dinner parties, sometimes in quick succession with guests moving from one to the next directly. What was noteworthy, he thought, was that it was quite common for Secretariat officers to fit in a game of tennis in the afternoon, having left the office at 4 pm; he concluded that in retrospect ‘the workload in the Secretariat of the Government of India could not have been all that excessive.’

And this extended to the Viceroy, Lord Willingdon himself, who was known to leave work at 3 pm to play a game of golf before returning to the office.

Life, then, was a hectic whirl of dinner parties, balls and outings of various kinds.

Cocktail parties and jazz music were the newest fashion on the social scene and there was even an attempt to popularize the use of the Viceroy’s Swimming Baths—the swimming baths on the viceregal estate—as an evening entertainment (provided of course, the Viceroy was on tour). One was supposed to ‘turn up (at the Baths) at 8.15, spend some time consuming short drinks and bathing alternately, then proceed to a cold picnic supper (in bathing attire, if desired)’. The Chaplain of New Delhi, invited to such a party, disapproved. It wasn’t the jazz, liquor and lounging about that he objected to but the dangers of ‘bathing on full stomachs’ and the possibility of catching a chill.

By 1938, private parties and home hospitality were considered old-fashioned and Sundays, which had been the only day of the week when frivolous activities had traditionally been curtailed, became swallowed up in the social whirl and the particular attraction of the midnight dance. Indeed, all the elements of New Delhi’s frantic social pursuits are best captured by one who really did not enjoy being a part of it:

“It was much too crowded to dance and the jazz band made an appalling timeless commotion, much to the American’s delight, who said it was the first good jazz band she had heard in India. Several celebrities were pointed out to me, all resplendent in stars and plaques all over their chests and upper portions, Lady W.(illingdon) on the dance floor. Mary wanted to leave early and so did I and we were home again soon after midnight—the (American) niece hitting it up till 3.30am or later."