What books should you read this summer? Labouring away for days, clutching my aching back, ignoring calls from the dozens of people who call me to offer advice, eating poorly and drinking not at all, I trawled through the catalogues of the English-language publishers that are still solvent to make a list of summer reads for you. Some of these books will delight you and others may bore you to death, but I hope they’re not going to be the same books in each instance. Bookworm: From serious non-fiction to pulp fiction, there’s something for all kinds of readers this season. Conceptualpictures.com

Four years after Never Let Me Go, his striking novel about a world in which human beings are cloned to provide organs for donor transplants, Kazuo Ishiguro returns with Nocturnes (Faber and Faber). The “five stories of music and nightfall" of this book are set across Europe and America, and there is every reason to look forward to new work from such a reliably ambitious writer.

Indeed, a number of novelists seem to be turning to the pleasures and freedoms of the short story. Chimamanda Ngozi Adichie, the award-winning Nigerian author of the novels Purple Hibiscus and Half Of A Yellow Sun, returns in June with the collection The Thing Around your Neck (Knopf). Adichie’s book shuttles between Nigeria and America, exploring ties between those who have left and those who have stayed at home. Similarly, Alaa Al Aswany, the author of the best-selling The Yacoubian Building and Chicago, is also back in June with a collection of short stories about Cairo, Friendly Fire (Fourth Estate). Characterization has always been Aswany’s strong point—even his novels feature casts of a dozen or more protagonists—and so one suspects he is not moving that far from home.

And then there are the short-story writers themselves. All through his life the prolific John Updike, who died earlier this year, turned out dozens of short stories in and around his many novels. In June, Knopf is releasing a new collection of them called My Father’s Tears and other Stories, followed in August by a collection of 18 classic Updike stories, The Maples Stories. Closer home, Palash Krishna Mehrotra’s widely anticipated debut short-story collection, set in Delhi and Dehradun, Eunuch Park, will be published by Penguin India in June.

Monica Ali, whose novel Brick Lane won so many hearts, returns in June with her third novel In The Kitchen(Scribner), the story of the troubles of Gabriel Lightfoot, a chef in a big hotel in central London. The Lebanese-Canadian writer Rawi Hage made a striking debut in 2006 with De Niro’s Game, which won the 2008 Impac Dublin Literary Award. His new novel Cockroach (Hamish Hamilton, June), a story about an Iranian immigrant in the underworld of Montreal, promises to be just as intriguing. But Smith’s legendary Botswanian private detective, Precious Ramotswe, may have her bookshelves dominion disturbed soon by a new entrant on the world mystery-series map: Vish Puri, the Delhi-based hero of Tarquin Hall’s new novel The Case of the Missing Servant (Random House UK). Hall’s hero, called “Chubby" by his friends, has an office above the Bahri and Sons bookshop in Khan Market, and his exploits are sure to enliven what is fast becoming a thriving local scene of mystery, pulp and chick-lit. August will see the release of The Blaft Anthology of Tamil Pulp Fiction 2, the follow-up to one of last year’s most widely acclaimed books.

Karan Mahajan’s comic novel about a politician and his very large family in Delhi, Family Planning, has won enthusiastic reviews abroad, and is being published by Rupa. Arunava Sinha’s translation of the Bengali novelist Sankar’s Chowringhee was selected for a Crossword Vodafone Book Award in 2007, and in June, Sinha returns with a translation of the same writer’s The Middleman (Penguin), which is the book on which Satyajit Ray’s film Jana Aranya is based. George Mathen follows with his dark and dystopian book Moonward (Blaft, June). 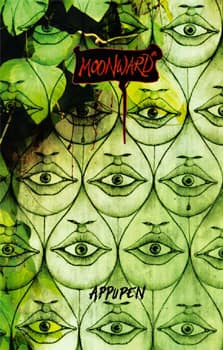 Artwork: A dark graphic novel out in June.

Turning to the other end of Indian literature, for the last few years the Clay Sanskrit Library, an ambitious US-based project involving the world’s most prominent Sanskrit scholars, has been issuing the great works of ancient Sanskrit literature in exciting new translations. Several new volumes in this series—which aims to cover a hundred titles—will appear in August, including Kalidasa’s plays Vikramorvasiya and Malavika and Agnimitra. In an unusual project called Leela: A Union of Indian Erotic Verse and Art (HarperCollins, June), art historian Alka Pande brings together verse from classical literature, Bhakti poets and Sufi mystics and images by contemporary Indian artists and photographers.

Rare is the year that goes by without some contribution to literary and intellectual life by Amartya Sen, and his latest book is The Idea of Justice (Penguin, August), an extended treatise on different conceptions of justice now available to us and how we might negotiate and reconcile them. The tone of Arundhati Roy’s thinking on injustice in the modern world could not be more different than Sen’s. Her book Listening to Grasshoppers: Field Notes on Democracy (Penguin, July) is an angry account of the religious majoritarianism, cultural nationalism and neo-fascism that lie just beneath the surface pieties of Indian democracy.

Although his music has an unrivalled grip on the Indian imagination, A.R. Rahman has successfully managed to shield both his working life and his personal life from the glare of the media. Kamini Mathai’s AR Rahman: The Musical Storm (Penguin, June), an authorized biography based on extensive interviews and research, promises to take us into the world of Rahman’s past and his resplendent imagination. Gurcharan Das, the author of India Unbound, is back in August with On the Difficulty of Being Good: The Subtle Art of Dharma (Penguin). In Tide of Fortune (Random House India, August), industrialist Manubhai Madhvani describes the fortunes of the business family in Uganda into which he was born. Madhvani takes the reader on a journey through the India of his childhood, Uganda and England, and muses on the secrets of his success in business. Himalayas (Random House India, July), produced by the Indian Mountaineering Foundation, is expected to be a major work on India’s most prominent geographical feature, putting together magnificent photographs with archival documents and personal reminiscences.

The scholar Ranajit Guha has been a pioneer, over the last five decades, of the emerging field of scholarship now known as subaltern studies. A massive edition of collected essays, carrying the beautiful title The Small Voice of History, will be published by Permanent Black in July. Anupama Rao’s The Caste Question (University of California Press, July) explores how Dalits have transformed themselves from stigmatized subjects into assertive citizens, and considers whether democratic initiatives against caste have merely led to a series of realignments of power. Kancha Ilaiah’s Post-Hindu India (Sage, July) is an investigation of the Indian past and present from the viewpoint of what Ilaiah calls the “Dalit-Bahujans", while Wendy Doniger’s The Hindus: An Alternative History (Penguin, July) is a massive study by a major scholar of Indian traditions.

The writer Alain de Botton has written several books that adroitly mix philosophy, travel, literary criticism and autobiography, including How Proust Can Change Your Life and The Art Of Travel. His new book The Pleasures and Sorrows of Work (Pantheon, June) is a journey into all those centres of activity—cargo ships, factories, warehouses, fishing trawlers, aeronautics bases— that we tend to ignore or forget as we sail through our consumption-rich lives. Other significant travel books include Lawrence Osborne’s Bangkok Days (Farrar Straus and Giroux, May), a visceral account of life in one of Asia’s strangest and most twisted cities by the author of The Naked Tourist and The Accidental Connoisseur. Christopher de Bellaigue’s last book was a lovely account of life in Iran, and now he turns to Turkey’s remote eastern provinces in his new book Rebel Land (Bloomsbury, May).

Kazan on Directing (Knopf, May), brings together a major compilation of insights into a director’s craft from the notebooks, letters and interviews of Elia Kazan, the mid-20th-century American director of such blockbusters as On the Waterfront and A Streetcar Named Desire. Finally, in a very unusual biography, The Locust and the Bird: My Mother’s Story (Pantheon, June), the superb Lebanese novelist Hanan al-Shaykh recreates the tribulations of her mother Kamila and the world of 1930s Beirut in Kamila’s own voice.