A body of articles that seems to have been a build-up to his attack on the financial elite in his earlier, more famous book

Thomas Piketty’s standing as the enfant terrible of the rarefied world of macroeconomics was secured by his first book, the 700-page Capital In The Twenty-First Century. Chronicles, in contrast, is a breeze, a selection of his articles for the French newspaper Libération and, in one instance, for Le Monde.

Libération is a left-wing French daily founded in 1973 by, among others, Jean-Paul Sartre and journalist Serge July. That Piketty, the world’s most notorious critique of contemporary capitalism, wrote for the newspaper is in itself revealing.

In the compilation, the articles have been grouped into three sections—“Why Save The Bankers?", “No, The Greeks Aren’t Lazy" and “Can Growth Save Us?" They span a range of his preoccupations—the scandal of the Irish bank bailout, Japan’s private wealth, public debts, and even capital in South Africa. There’s a January 2009 essay comparing Barack Obama to Franklin D. Roosevelt, just after the US elected its first black president and was in the throes of a financial crisis. Of course, it is a misleading comparison. Obama did ride out the recession and went on to be re-elected.

There is also a wicked little piece on the Bettencourt Affair in France involving the fortunes of Liliane Bettencourt, the 87-year-old heiress of the L’Oreal company, and her battle with her daughter, the 58-year-old Françoise, over the €1 billion (around ₹ 6,800 crore now) the older woman gifted to a photographer friend. Piketty’s conclusion is as trenchant as it is an insight into his fiercely democratic leanings: “At the very least, the réserve héréditaire mechanism deserves to be capped. Beyond a certain level of wealth, it’s hard to see why the law should force parents to turn their children into rentiers."

Indeed, most of the pieces seem to suggest that he was using his articles to hone his subsequent all-out attack on the financial elites of the world. His earlier and more famous book went on to address several of the questions posed by this compendium, though some are more contextual and in tune with developments around the time he was writing them. A big question, one that did haunt the author throughout, is, why save the bankers? Why indeed, for weren’t they the same people who had plunged the world into a nightmare of failed banks, housing defaults and a slowdown in global growth that continues till today? Piketty rails against an ideological context in which the bankers’ right to collect millions of dollars in bonuses without paying more than 50% tax, and irrespective of the cost of their avarice, has been “elevated to the status of a human right". 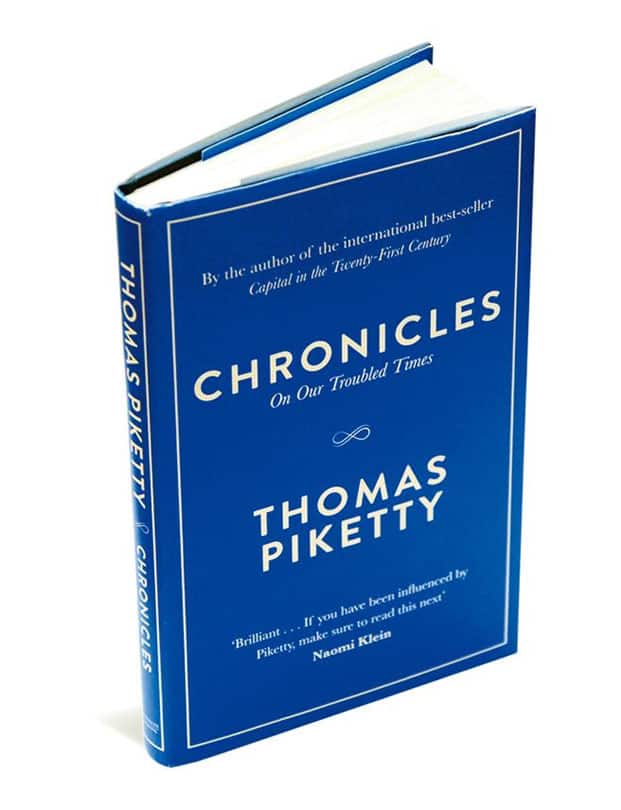 But, always, it is about the inequality, the bee in his bonnet as it were. In this he has support. Camille Landais, a French economist he quotes, showed that between 1998 and 2005, the purchasing power of the richest 1% in France went up 20% on an average, while for the richest 0.01% that number rose 40%. Against that, the bottom 90% saw an increase of a miserly 4%. Writing in December 2009 about the effects of the financial crisis, Piketty said, “Despite what you often hear, it’s unlikely that the crisis will lead to a lasting decline in inequality." Sadly that’s how it has panned out seven years after the article, with inequality in developed countries up since then.

His prescription: “Today, governments support banks and large firms, which has allowed us to avoid a depression. But without holding accountable the institutions thus supported, this outpouring of public generosity in many cases brings about a reverse redistribution of wealth. After 1929, governments held accountable those who had gotten rich while leading the world to the edge of the abyss: big tax hikes on profits and progressive taxes on very high incomes and wealth, all manner of new controls over capital (strict financial regulation, rent controls, nationalizations, etc.). It was these political responses that led to the historic reduction in inequality."

Indeed, the disclosures in the Panama Papers on offshore tax havens bring home with frightening urgency the obfuscation and manipulation of global markets by the rich through tax havens not just in that country but across the globe, in places like Luxembourg, Monaco, Liechtenstein, Gibraltar, the Cayman Islands and British Virgin Islands. That Piketty raised the red flag about this several years ago shows how little governments care to take any action and, what’s more worrisome, how the global financial elite that seeks these havens controls the political elite in countries across the world, regardless of whether they are democracies or dictatorships.

So far, so great. After all, who wouldn’t want the fat cats of the world with their gleaming Ferraris and summer homes in the south of France to be knocked off their pedestal? The problem is that after all this, Piketty turns his attention to what he terms the “deserving rich", men like the late Steve Jobs and Bill Gates, symbols of earned wealth, “the good entrepreneurs" as it were. Except that he then proceeds to distinguish between the two—Jobs the innovator versus Gates the Windows rentier and laments how the former, great as he was, could only muster together wealth that totalled a third of what Gates managed. Here, Piketty is on somewhat suspect ground: Jobs kept selling the Apple stock he had, either out of pique when he was asked to go, or for other reasons. Had he not done that, his fortune would certainly have exceeded that of Gates.

But that’s a minor aberration in an otherwise absorbing collection. Piketty once famously ticked off BBC host Stephen Sackur on a HARDtalk show, “You ask the questions, you give the answers." On the evidence of this collection of his articles, one would have to say, Thomas, you ask the questions, you provide the answers. And to the extent that the answers show the way for a more just and fair world through a progressive global tax on wealth, we ought to be grateful to him.

This book is just about a good appetizer. For each of these pieces is no more than a 750-1,000 words article (about the size of this review). The main course is the door stopper that came in 2013, and really there is no shame in skipping the appetizer and going straight to it.