In 2001, a poll organized by India Today resulted in readers of the magazine voting Indira Gandhi as the most powerful prime minister in the country’s history. When she was assassinated in 1984, she had been prime minister for 16 long years. The result of the India Today poll was no doubt testament to Gandhi’s larger-than-life persona and the impact she has had on politics in India, the complicated legacies of which continue to this day.

For many, Gandhi’s decisive actions during the 1971 war with Pakistan mark her out as a truly great leader. In recent years, especially during consecutive years of unstable coalition politics and then the tenure of the United Progressive Alliance (UPA) government, there was perhaps a certain nostalgia for that sort of leadership. In Gandhi’s own time, her stature and control over the Congress party in the mid-1970s grew to such a degree that sycophants surrounding her declared “Indira is India, India is Indira". However, as Gandhi’s popular mandate grew, so did her imperiousness, which culminated in the imposition of the draconian Emergency in 1975. For some, she can never be cleared of this taint. And so, it is generally through this dichotomy—hero or villain—that she is still largely viewed.

For those looking for a more nuanced analysis of Gandhi’s legacy, Diego Maiorano’s book is a good place to start. While the subtitle of the book stresses that the focus is on Gandhi’s final term in office, the book also provides an assessment of the Gandhi years as a whole. This is particularly important because of the differences in her style of functioning and priorities in her pre-and post-Emergency stints as prime minister.

That said, the focus of the book is on how her tenure between 1980-84 entrenched changes in the country’s political culture and system. Maiorano convincingly argues that in 1984, Gandhi left behind a country that was very different from the one of the early post-independence years when she acceded to power. Further, it was her final term in office that set the country on the path that we are on today. Whether it’s the role of right-wing Hindu politics, the fracturing of Centre-state relations, increasing corruption and personalization of power, or even the opening up of the economy, the seeds were sown by Gandhi.

By Maiorano’s account, Gandhi’s most destructive legacy is one that still survives in large measure. He argues that the blame for the institutionalization of corruption and the systematic politicization of state institutions lies squarely with Gandhi. 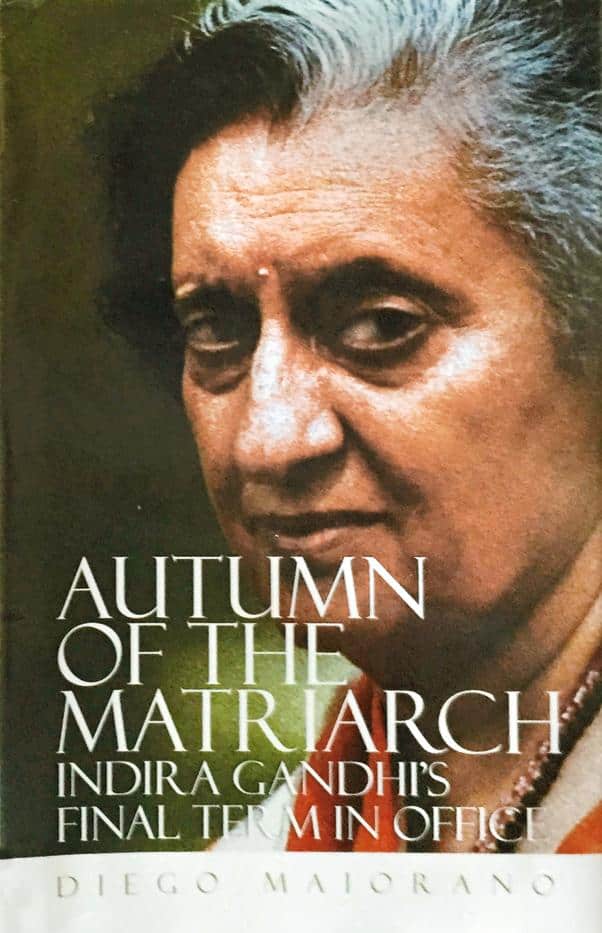 Though the ban was revoked in 1985, Maiorano argues that Gandhi helped make corruption a systematic feature of Indian politics, and cites the broad consensus amongst the political class to exclude political parties from the purview of the Right to Information Act.

The author also holds Gandhi responsible for making state institutions a vehicle for pursuing personal and partisan ends. He argues that power was highly concentrated in the Prime Minister’s Office under Gandhi and that state governments, the bureaucracy and the judiciary were suppressed and subjugated to the Centre’s will.

Of the many examples he cites, one is of the politicization of the Central Bureau of Investigation (CBI), which began during the Emergency. Ever since, the CBI has been an instrument in the hands of successive Central governments. Closely linked to the erosion of institutions is the institutionalization of dynastic politics, which first came to the fore in the Congress under Gandhi, and has now become a feature of almost every political party in India.

On the positive side of the ledger, Maiorano argues that Gandhi’s legacy was constructive in making the masses more active participants in the Indian political system. He argues that by bringing the issue of poverty to the centre of political discourse, Gandhi shifted the attention of politicians to the poor and dealt a fatal blow to the semi-feudal relationship between the poor and their patrons that had made the former a passive actor in India’s democratic landscape.

In the grand scheme of things, this is only a small positive, especially given that promises such as “Garibi hatao!" (abolish poverty) remained little more than rhetorical flourishes in speeches. Moreover, the poor clearly took a backseat once Gandhi returned to power in 1980 and aimed to enlarge her support base by reaching out to the middle-classes and big industrialists.

Gandhi’s legacy and its impact might still be viewed in a positive light in India, but Maiorana’s book is an important reminder that her legacy is much more complicated than simply 1971 or the Emergency.

Vedica Kant is the author of If I Die Here, Who Will Remember Me? India And The First World War.