It’s ironic, really. Even though India is the land where Pranayam (the art of breathing) originated, studies show it’s one of the worst places for human lungs. India was ranked last in air quality and its effect on human health in the 2012 worldwide annual study of 132 countries, Environmental Performance Index (EPI), published in January, and conducted by environmental research centres at the Yale and Columbia Universities, US. Its overall ranking was 125.

“It is odd really how we just take breathing for granted," says Monica Fletcher, chair of the European Lung Foundation, in an email interview. “People continue to underestimate the impact of chronic lung diseases, not only in India but the world over." Data released by the European Lung Foundation in June mentions that only 7% of people worldwide are worried about lung diseases like lower respiratory infections, chronic obstructive pulmonary disease (COPD) and tuberculosis (TB). According to data released by the World Health Organization in 2008, and updated in June 2011, these three lung diseases combined are the leading cause of deaths worldwide. 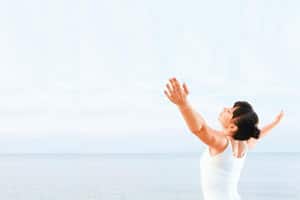 Till date, only three recognized colleges in India which offer the super-specialized study of lung diseases are listed on their website. “The government needs to take the focus away from TB and create awareness of other chronic lung diseases like COPD and asthma," says Dr Vijayan, “only then will people be able to recognize the symptoms and get timely treatment."

It is diagnosis where the greatest delay takes place. Unlike deadly diseases of the heart and other organs, the symptoms for chronic lung diseases are not very different from the common cold or seasonal flu and are not taken seriously most of the time, says Surinder Kumar Jindal, professor and head, department of pulmonary medicine, PGIMER, Chandigarh, who sees the same story being repeated in his OPD every day. “The most common symptoms of any lung disease, even the deadlier ones, are cough and breathlessness, both of which are shrugged off by patients as seasonal or periodic symptoms. Patients land up at my OPD a few months or even years later, when the disease has spread and become serious," he says.

Ideally, a patient should visit a doctor if the cough or breathlessness doesn’t go away in two weeks because it could be anything from an allergic reaction leading to asthma or COPD, which is a progressive disease that occurs middle- age onwards. While an infection caused by a bacteria or virus will go away with antibiotic treatment—and sometimes without it—chronic diseases stay in the lungs and slowly lead to respiratory failure, explains Dr Jindal.

All it takes to diagnose most of the chronic lung diseases, like COPD and asthma, is a simple 10-minute spirometry test.

“A majority of our population is unaware of the spirometry test," says Monica S. Barne, head, training department, Chest Research Foundation, Pune. The test, according to Barne, is imperative if you have allergic symptoms (sneezing, runny nose, stuffy nose), are a smoker, or have suffered from lung diseases in the past. “Get your spirometry done regularly to check your airways, just like you routinely get your cholesterol, sugar checked," she says, adding that it “takes about 10 minutes of your time and costs ₹ 250 upwards per test".

Here are a few precautions and lifestyle changes that can help you keep your lungs heathier.

A humid environment is linked to increased wheezing, coughing, and asthma attacks. According to a recent study in the UK, living in damp areas like river valleys, where the humidity is high, leads to lung problems like COPD. High humidity indoors also creates a good environment for dust mites or microscopic pests that love the extra moisture and live in bedding, pillows, mattresses, stuffed toys and carpets—and are a major cause of breathing allergies.

Fix every leak in the home to keep humidity levels under check. Ensure ventilation, remove carpets and treat damp corners.

Feel safe inside your home? According to a fact sheet issued by the World Health Organization in September, nearly 50% of pneumonia deaths among children under 5 are due to particulate matter inhaled from indoor air pollution. Men and women who are exposed to heavy indoor smoke from leaky stoves and burning wood are two-three times more likely to develop COPD. Guidelines issued by the American Lung Association state that if your health symptoms or breathing quality improve when you leave home, there’s a problem in your personal space.

Ventilate your home. Install exhaust fans in the kitchen and bathrooms and ensure that all appliances have an exhaust system. Reduce the use of air conditioners.

Stay away from smokers

It doesn’t matter if you haven’t touched a cigarette in your life. According to a 17-year-long study published in the American ‘CHEST’ journal issue in May, regular exposure to second-hand smoke increases the risk of COPD by up to 130%, concluded the team from the Institute of Geriatrics, Chinese PLA General Hospital, Beijing, which conducted the study. Alarmingly, about 40% of Indian children are exposed to tobacco smoke, says a Union ministry of health and family welfare campaign, “Tobacco Is Eating Your Baby Alive", launched in February.

Don’t be polite to a guest who wants to light up in your home. Keep away from colleagues who are chimneys, even if you have to miss out on juicy gossip.

It’s a no-brainer that the leading cause for any lung disease is smoking. “It is enemy No. 1 for lungs," says Dr Jindal. “A cigarette contains more than 4,000 chemicals that can harm the lung and are inhaled directly." Dr Jindal, who was part of a recently concluded study in 16 cities which mapped prevalence rates as well as risk factors for COPD and asthma for the Indian Council of Medical Research, says they found that 70% of the patients with COPD symptoms were smokers.

If you are a smoker, quit now. If you can’t give it up completely, reduce it. Even reducing your daily cigarette consumption lowers the risk of respiratory disease.

Cruciferous vegetables like broccoli can reduce the risk of lung cancer among smokers, according to the study, “Cruciferous Vegetable Intake Is Inversely Associated With Lung Cancer Risk Among Smokers: A Case-Control Study", by Li Tang and his team from the department of cancer prevention and control, Roswell Park Cancer Institute, US, published in April 2010 in the journal ‘BioMed Central’. “Intake of cruciferous vegetables, especially consumed as raw, was significantly associated with reduction of lung cancer risk among smokers," said Li. Cruciferous vegetables are rich sources of dietary isothiocyanates which detoxify and inhibit smoke-related damage. But Li warns that the veggies might help delay cancer development only up to a limit. “Smokers, especially those who still haven’t quit, still run a high lung cancer risk," he said.

Particulate matter is a fine mix of dust, dirt, soot, smoke, vehicle emission and liquid droplets which tends to remain suspended in the air and once inhaled, goes deep into the lungs. “These particles pose a health concern when you breathe them because they settle into your respiratory system and block it," says Dr Vijayan, “leading to reduced lung function and development of chronic bronchitis." Long-term exposure can lead to reduced lung function and chronic bronchitis. Short-term exposure can aggravate lung disease, trigger asthma attacks, acute bronchitis and respiratory infections. India ranks among the bottom 10 in the EPI report when it comes to the density of particulate matter in its air.

Limit outside activities to the early morning or after sunset when the pollution levels decrease (depending on the season). Never exercise or do anything strenuous in high-pollution areas like busy intersections and roads. You take in more pollutants when you are panting.

The yogic deep breathing technique opens up your lungs and helps them perform better, according to a study, “Effect of Short Term Yoga Practice on Pulmonary Function Tests", published in the ‘Indian Journal of Basic And Applied Medical Research’ in June. Conducted by the department of physiology, VM Government Medical College, Solapur, Maharashtra, the study took 60 MBBS students through 15 minutes of Pranayam in an hour of yoga every day for six weeks and then measured the improvement in their lungs through pulmonary function tests. “Ten minutes of prolonged expiration and efficient use of abdominal and diaphragmatic muscles in ‘pranayam’ every day," wrote co-author Vinayak P. Doijad, “trains the respiratory apparatus to get emptied and filled more completely and efficiently." Bhastrika Pranayam, a bellows-type breathing, exercises inspiratory as well as expiratory muscles. Kapalbhati, on the other hand, trains you to make full use of the diaphragm and abdominal muscles in breathing.

Ten minutes of Pranayam learnt with the help of a trained teacher will ensure your lungs perform better in a month.

Exercise helps improve not only your lung health but also that of your children. According to a 2011 study by a group of scientists at the Johns Hopkins University, US, increase in exercise over a two-month period resulted in significant improvement in lung function in the 6-16 age group. “Regular physical activity and exercise improves quality of life, whether you are healthy or you have a lung condition," says Fletcher. The lung capacity to carry oxygen increases when you are exercising; this makes your blood cleaner and reduces the burden on the heart to do the same thing.

Walk or run for 30 minutes at least three times a week.

Calculate your body-mass index (BMI). If your index is above 30, you would be considered obese by medical standards. Start your exercise regime now!