There is something rather incongruous about a restaurant called Winter Palace in Chennai. The muggy heat and soaring mercury of the coastal city are as far as it gets from the Arctic climes of St Petersburg, where the original palace is located. However, the excellent air conditioning, the strains of Russian classical music and the baroque architecture of the restaurant—ice-blue and white facade, arched windows, gilt trimmings and faux pillars—help suspend reality a little.

Sergey Yaroshinsky, brand manager of Winter Palace, which officially opened last month at the Russian Cultural Centre, admits that he too had his doubts about whether such a place would work. “Russian food is highly meat-based; we eat a lot of beef and pork. I have spent more than a decade in this country, enough time to know that many people don’t eat these meats," he says.

There are soups with unpronounceable names: warm Borscht (beetroot and meat or beans) and cold ones such as Krasnodar (fresh tomatoes, celery, onion and chilli) and Okroshka (fresh vegetables, egg and chicken served with Kvass, a drink made with rye bread). “Earlier, I couldn’t even get a good sandwich in Chennai," says Yaroshinsky, a former financial consultant who came to India “in search of meaning" and stayed on, when asked if the Russian dishes had takers in the city. “But now my clientele, mostly people in their 20s and 30s seem to like our food—they eat a lot of it."

At Sandy’s Chocolate Laboratory in Nungambakkam, two young women linger at the dessert counter, trying to decide between a mason jar of red velvet cake, a gigantic piece of dark chocolate cake (cheekily referred to as That Really Tiny Chocolate Cake), a gooey-centred banoffee pie, an apple pie and big glass bowls of tiramisu. The savoury menu has options for both the gourmand and the picky eater: chilli beef, Thai curry and wasabi prawns rub shoulders with pasta, croissants and pancakes. 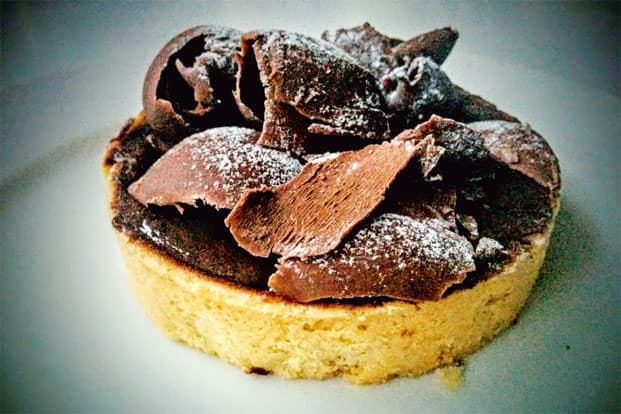 For M. Mahadevan, founder and chairman of Oriental Cuisines Pvt. Ltd (their brands include tapas bar Zara, Enté Keralam, China Town, The French Loaf, Benjarong and Teppan), who launched the business in 1994, the change is more noticeable. “Young people are earning a lot today and food and clothes are the first things they want to spend on," he points out, adding that he is in the process of setting up Writer’s Café on Peters Road, a slightly high-end café that will have an extensive brunch menu, and a space for intellectual meets and activities.

While there has been a sudden spurt of stand-alone restaurants offering varied cuisines—L’amandier and Basil With a Twist (both modern European); Swiss Hutte (European); and Inseoul (Korean), to name a few—in the past couple of years, it’s a fact that their clientele is limited. “Restaurants serving highly specialized cuisines really don’t get the footfalls to sustain themselves," says M. Mohamed Ali, founder of the Chennai Food Guide, a portal that explores everything about food in the city.

The one factor that really helps a foreign cuisine restaurant, he adds, is a sizeable expatriate population. “One of our biggest success stories has been the stand-alone Korean and Japanese restaurants, which are run by and for their people. Companies such as Hyundai and Toyota bring their own people to Chennai, and they crave a taste of home."

Reddy agrees: “During the holiday season, when they (the Korean and Japanese population, totalling around 5,000 in a conservative estimate) go home, it almost makes sense to shut the ramen bar. We barely get any footfall."

Besides its predilection for Italian, Chinese and “Indian", what makes Tamil Nadu a difficult market for food entrepreneurs is the state’s history of prohibition, stretching all the way from 1937, with a few brief lulls, to the early 1980s. With liquor licences tied to the number of beds offered, most stand-alone restaurants do not serve alcohol. “That (there is no alcohol on the menu) definitely impacts the dining experience," points out Reddy.

But there’s more in the Chennai woe-list. “We are a highly price-conscious city, the cost of real estate here is very high, skilled manpower is scarce, and it is hard to source raw materials," says Ali. “Chennai is the last market international food brands come to because it is the hardest one to crack."

Yaroshinsky knows it only too well. Barely weeks into running Winter Palace, his biggest worry is getting hold of raw materials. “We have three-four suppliers for every ingredient—the suppliers are unpredictable and so is the quality of the supplies," he says. Because importing herrings was too expensive, chef Nekrasov uses tuna in Fish in Fur, originally a dressed herring dish.

At the end of the day, says Reddy, it comes down to the customer. “We are only as good as our audience. If we don’t have a customer base that appreciates our food, then who are we cooking for?" he asks.