We the people of Bombay

We the people of Bombay

The shadow of Raj Thackeray hovered uneasily over Bombay (or Mumbai, as he would no doubt prefer) in the aftermath of the events of 26/11. Though the junior Thackeray was not a participant in these events, his name was to crop up again and again in the discussions that followed the incidents. Sound and fury: (clockwise from top left) A protest march at the Gateway of India, soon after the terror attacks. Abhijit Bhatlekar / Mint; a memorial service for victims of the attacks in New Delhi. Mohammed Zakir / Hindustan Times; a National Security Guard commando on a rescue mission at Nariman House, Mumbai. Satish Bate / Hindustan Times

If Thackeray had his way, said the TV pundits, then none of these people would have been available to save the city from “the worst urban terrorism it had ever known".

It was a point that set people’s heads nodding each time it was repeated and eventually, thousands of SMSes went back and forth, all asking how Thackeray now felt about his chauvinism. 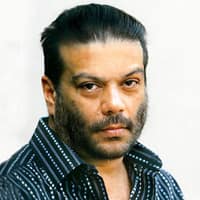 As the Marathi manoos appeared to have turned into a Marathi mouse for the duration of the crisis, there was no reply from Thackeray.

I thought the sentiment was well taken even if the specifics were dodgy. Thackeray had never advocated secession from India. He had never denied that Maharashtra needed access to India’s services (such as the NSG) or its resources. All he had demanded was that people from the rest of India did not find employment in his Mumbai.

So, judged in purely logical terms, nothing that the younger Thackeray had said was contradicted by the actions of India’s paramilitary forces. Thackeray had always been grateful for the protection offered by India’s soldiers. It was only when they retired and came to Bombay to drive taxis that he wanted to slap them and send them back.

But at the end of that terrifying November, who had time for logic?

The overwhelming mood was one of weary relief. Then, that relief turned into anger. Suddenly, the people who went on TV were no longer thanking the NSG. Instead, they were railing against the Centre. Minute by minute, new grievances kept emerging from well-spoken mouths.

Why did Delhi take so long to save Bombay? Where was the Prime Minister? When he appeared on TV, one famous person complained, Manmohan Singh looked like a robot!

Did people have any idea how many thousands of crores in tax were paid by citizens of this city? How dare they take our money and do nothing for us? Who were these politicians anyway? What had the rest of India done for Bombay apart from treating it as a cash cow? Let’s stop paying income tax to the Centre!

Then, the mood turned even more hysterical. It was time for the citizens of Bombay to tell India’s politicians to get off. At the next election, people should refuse to vote. That would teach the politicians! Worse was to follow.

Bit by bit the situation degenerated so swiftly into farce that I felt that I was trapped in the kind of India that Arundhati Roy is always writing about: where the elite are morons, blind to the Indian reality and the poor live in bondage and slavery.

But even as this surreal drama played out on my TV screen, I thought of the shadow of Thackeray. What had been Thackeray’s central theme?

That Mumbai belonged to a single group and that the rest of India had no claims on it. What were the protesters saying?

That Bombay belonged only to the citizens of Bombay (ideally, the citizens of south Bombay, excepting the slum dwellers of course) and the rest of India had no claims on it.

So, even at the moment when Thackeray had become a figure of ridicule, on TV, on the Internet and on SMS texts, his ideology had won. Even those who sneered at Thackeray were now saying much the same sort of thing (in the case of the old lady who saw Pakistani flags, exactly the same thing) that they were attacking him for.

Bombay/Mumbai is a sovereign state. The rest of India can only engage with it after getting permission from its inhabitants.

The only difference between the two views was that Thackeray’s version of Mumbai’s inhabitants consisted of Maharashtrians and began at Parel and Shivaji Park. The upmarket TV guests on the other hand, believed that they were the rightful inhabitants of Bombay (south of Parel mainly, but Bandra was allowed because there were some nice buildings there now.)

You see what I mean about the shadow of Thackeray hovering over the events of 26/11?

What has changed, one year after Pakistani terrorists were able to hold south Bombay to ransom?

Well, from where I am sitting, the only significant change of note is that Thackeray has grown stronger. He now sets the agenda for the Opposition, the Shiv Sena meekly follows it. It is now only a matter of time before he takes over the entire Opposition space. He may have looked like a Marathi mouse a year ago. But he’s now Maharashtra’s non-Congress future. Contrary to what we said then, the events of 26/11 did not convince Maharashtrians that they needed north Indians.

Nothing else has really changed. R.R. Patil who became a hate object for the middle class is back in the saddle. Vilasrao Deshmukh who was driven from office by a media outcry is now comfortably ensconced at the Centre and very nearly became chief minister again.

Nor has the middle class changed too much. In the aftermath of 26/11, assorted self-proclaimed activists and publicity hounds went on TV to declare that they had awakened the political spirit of the citizens of south Bombay and that elections would now be dominated by large middle-class turnouts.

In fact, turnouts have remained pretty much where they were before the city was attacked. The middle-class candidates who tried to enter politics on the back of the 26/11 bandwagon were rebuffed by south Bombay voters; the best-publicized of them, Meera Sanyal, lost her deposit!

So why did the ostensible spirit of post-26/11 Bombay dissipate so quickly? Was it all a sham?

The answers are complicated. But my sense is that the mood of south Bombay (let alone, Bombay) was never quite what the TV channels told us it was. I do not believe (and I didn’t believe it then, either) that the prevailing mood in Bombay was one of anger with Delhi or with India. Instead, I think the mood was one of shock and horror. Yes, there was resentment—entirely justified—that Bombay never gets the kind of attention it deserves from politicians (just look at the thousands of crores that keep being spent on Delhi if you want a contrast) but it did not translate into an unwillingness to pay taxes or to participate in the political process.

Nor was there the sense that this was the biggest ever attack on Bombay. I think the serial bomb blasts in the 1990s were far more shocking and horrific. (These rarely feature on TV because they are difficult to Google and young journos now think of the blasts only in terms of Sanjay Dutt and the trial). There have been other bomb blasts since then—on local trains, for instance—which have scared and terrified commuters in a city that depends on public transport.

Even more traumatic for many citizens were the riots that preceded the bomb blasts when Shiv Sena thugs carried out a pogrom against the city’s Muslims, burning homes, stealing property and murdering fathers in front of their children.

The riots led to the bomb blasts and to a communal divide that has never quite healed. Significantly, they also led to the rise of the Shiv Sena.

To be sure, most people in Bombay (and not just in south Bombay) responded to 26/11 with horror. This was the first terror strike to be played out on live TV; the first one that went on for three days; and because it hit the centre of the south Bombay establishment, it led people to ask: “Is nowhere safe?"

But the moderate, sensible people of Bombay were never heard. Instead TV paraded Page 3 bimbos, small-time actors, fading actresses, pompous advertising men and midgets on the fringes of journalism. It was these jokers who said all the silly things about the sovereign state of Bombay that made the rest of India cringe.

A year after 26/11, perhaps it is time to reflect on a more serious question. Who speaks for Bombay? Is it the politicians we elect? Is it Thackeray? Is it the rent-a-quote buffoons on TV? Or is it a silent majority that never gets heard?

But of course, that question will never get answered. We’ll go through the motions of praising the heroes of 26/11. We’ll mourn our dead.

And we’ll react once again like headless chickens when the next attack comes.

Vir Sanghvi is the advisory editorial director of Hindustan Times.