Sponsorship | Show me the money

Sponsorship | Show me the money

In early 2011, Seema Antil, the bronze medal winner in women’s discus throw at the 2010 Commonwealth Games (CWG), was ready to give up her sport. The Athletics Federation of India was in a mess, its secretary Lalit Bhanot was in jail as an undertrial in a CWG scam, and many of the athletes had been left without coaches. Preparations for the 2012 London Olympics had come to a standstill. Bahadur Singh, India’s chief coach for track and field, told Antil—“If you want to get training, go abroad."

So Antil made her plea to Mittal Champions Trust (MCT), a not-for-profit organization that helps Indian athletes in Olympic sports with funds and expertise.

Malhotra contacted US athlete-turned-coach Mac Wilkins, a former world-record holder in discus, and asked him to assess Antil’s chances. MCT funded Antil’s trial with Wilkins, who recommended her in his report, and suggested coaches who could help her. By June 2011, Antil was living in a flat in Los Angeles, 15 minutes by foot from her new training centre, where she was being coached alongside other Olympic champions. All of Antil’s expenses were borne by MCT.

On 24 May, Antil threw 62.6m at a US meet, her best in more than seven years, to reach the “A" qualification standard for the 2012 London Games. 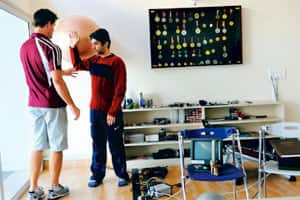 “That one medal validated everything we were trying to do," says Malhotra. “It opened up funding, it broke the lazy and established line of thinking that Indians don’t have what it takes to win at the Olympics."

“I would be lying if I said it’s not important for us as an organization," says Geet Sethi, co-founder of OGQ and winner of nine world titles in billiards and snooker in his career. “If we perform well, it will be a justification and a morale booster for everyone involved. Having said that, we are concerned with putting in our full effort. The results are not in our hands."

“Most of the Olympic disciplines in India are controlled by poorly run federations," says Malhotra. “They have done nothing for the grass roots, nothing for infrastructure, and have an awful record with hiring and retaining good coaches."

Bindra, who will be competing in his fourth Olympics, says India’s sports federations, run by politicians, clearly don’t have the right people in the right job. “The development of a sport, handling performance issues, these have to be in the hands of seriously experienced experts in the sport," he says. “There is no way in hell we can achieve anything unless that happens."

For Sethi, the inspiration for OGQ came way back in 1998, when he was part of the Indian team for the Bangkok Asian Games. “I had never been part of an Indian contingent before," Sethi says, “and I was shocked by the inefficiency and poor attitudes of our officials. For example, every sportsperson in the athletes’ village wore their country’s official uniform except India. We didn’t have any. This is not a question of clothes. It’s a question of national identity, of credibility and pride. You even need the uniform to stand on the podium if you win a medal."

After spending years campaigning to correct the Indian sporting system, Sethi realized he had to do something on his own. In 2002, he approached former badminton player Prakash Padukone, who now runs an eponymous badminton academy in Bangalore, with the OGQ plan. It took them four years to find corporate backing. Now OGQ boasts of a unique mix of business heads and sports champions on its board of directors, including world chess champion Viswanathan Anand, tennis player and Grand Slam winner Leander Paes, the director of Bajaj Auto Ltd, Niraj Bajaj, and Shitin Desai, the executive vice-chairman of DSP Merrill Lynch Ltd.

“For Monnet, this is not about what we get back from boxing," says Sandeep Jajodia, managing director, Monnet Ispat and Energy. “This is a CSR (corporate social responsibility) initiative for us. But we are excited about the potential of our athletes, we are excited by the energy, and we think that sports in India is finally headed in the right direction."

A December study by PricewaterhouseCoopers projected that India’s sports market (sponsorships, merchandising, gate revenue and media rights fees) will see a compound annual growth rate (CAGR) of 5% till 2015, higher than the worldwide CAGR of 3.7%.

Lakshya Sports has been working with corporate houses since 2009, helping them channelize their CSR funds towards sports development. In this way, Lakshya has secured funds for the Gun For Glory Shooting Academy, a shooting school run by Gagan Narang, who is part of the Indian contingent for the London Games, and the Bhiwani Boxing Club (now known as the Captain Hawa Singh Academy) in Haryana, which produced the Beijing Games bronze medallist, Vijender Singh.

Backed by steel tycoon Lakshmi Mittal, MCT spent ₹ 5.8 crore on its athletes in the one-year period leading up to the London Games. OGQ secured ₹ 4 crore for the same period, and both organizations spent it on medical and surgery expenses, and foreign training and competition trips.

“From 2009 till early this year, the Indian pistol shooting team did not have a coach," says London-bound pistol shooter Annu Raj Singh. “If we did not train at Gun For Glory, I don’t think we would have made it to the Olympics."

OGQ arranged and funded a crucial wrist surgery in 2010 for Manoj Kumar, part of India’s boxing team for the London Games. Most OGQ and MCT athletes also received funding to train at some of the world’s best facilities for most of 2011, nutrition and medical support included.

Sethi is careful to point out that these efforts are only meant to supplement the government’s system. “We work to help the Sports Authority of India, not interfere," Sethi says. “It’s very important to remember that it’s the system that throws up the athletes, not us."

The next step? Going deeper to the grass roots, to upend what Bindra calls the “inverted pyramid" of India’s sporting system. “You get no help when you are developing as an athlete," he says, “and all the money and attention in the world when you’ve won. What sense does that make?"

Bindra has already begun, with The Abhinav Bindra Foundation, which has been working since early 2011 to create sporting infrastructure and training facilities in 20 villages across Punjab. OGQ and MCT too are looking beyond London 2012, and signing on young talent like 11-year-old Lakshya Sen, India’s under-13 badminton champion. “Now that we’ve gained traction and the funds are coming in, we’ve also shifted our focus to the grass roots," says Sethi. “Our new initiatives will focus on 10- to 12-year-olds. We’ve already identified 50 young athletes we will fund, and every year we will increase the base."