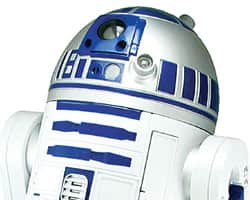 Ask him about different characters and he will amuse you. He plays games. He guards your room.

And sometimes he even plays you a message from the Princess (that’s Leia Organa Solo of Alderaan from ‘Star Wars’ for those with feeble memory cells).

The 15" Artoo responds to over 40 voice commands, has a removable sensorscope, a illuminating light beam, an adaptable mood status indicator, a rotating dome as well as sound, heat and sonar processing and navigational systems.

‘Wired’ magazine calls it the world’s most unnerving voice recorder. The Echobot has the ability to record a 10-second voice message. The message is played back when it detects motion one metre in front of its eyeball sensor. 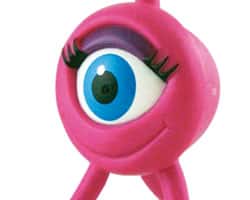 Its accordion-style bendable legs with clingy suction cup feet allow you to position it in the most unlikely locations.

And its unusual one-eyed-alien-cum-three-tentacled-octopus appearance ensures audience reactions that will range from shock to amazement.

It comes with an on/off switch and is powered by two batteries. This is a great gizmo to pull a gag on unsuspecting passersby in your office or home.

Strap in and prepare for lift off. Feel what it would be like to walk on the moon with these specially devised ski-boot style strap-ons. The interchangeable, rubber T-springs impart a gravity-defying sensation by transforming downward energy into bouncing motions.

Also known as Air Kicks, these pneumatic mounties can be worn indoors or out in the open and claim not to ruin your flooring. Houston, there’s no problem: While jouncing around and having fun, you may even end up burning some calories, building balance and limb coordination as well as strengthening leg muscles. 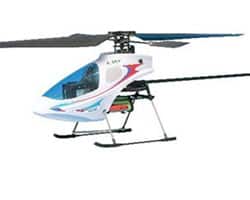 Then, there is Silverlit’s PicooZ, the world’s smallest (acknowledges the ‘Guinness Book of World Records’) remote-controlled mini-chopper. With “super wide" infrared control, this diminutive super light (at less than 10g) flyer is meant for indoor sorties only. It comes with two channel digital proportional control, precision speed control built-in Li-Polymer batteries and a durable material structure that can withstand crashes. 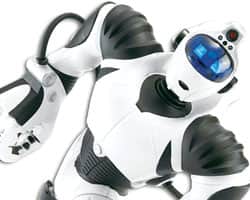 It boasts fluid humanoid movements and biomechanical agility, including bending, sitting, standing, lying down and getting up, waving and even some martial arts moves. It responds verbally to environmental stimuli and controller commands.

Its Colour Vision System recognizes object colours as well as human skin tones, while a stereo audio detection system ‘hears’ and reacts to sounds. Apart from these multiple levels of interaction with humans and objects, it can interrelate with and control its siblings RoboRaptor and RoboPet.

It is equipped with a twin-axis turning head, animated blue LED eyes, bi-pedal feet that have multiple gaits, LaserTracking technology that allows it to follow a path traced on the ground, precision gripping articulated fingers and infrared vision that detects and avoids obstacles and tracks moving objects. 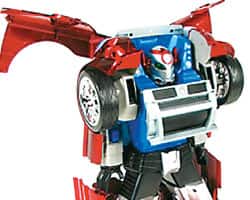 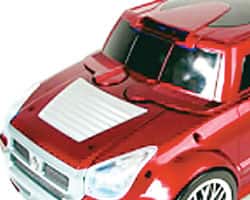 During these terpischorean performances its head and arms move rhythmically and its eyes light up. Eyes? Oh, we mean what works as headlights in its car avatar. 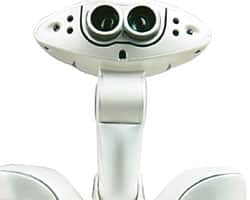 Its four multi-jointed, purpose-designed legs and chassis enable Roboquad to crawl in any direction and on any floor surface.

It is tutored to observe and react adaptively and quickly to its environment. Roboquad is trainable, can identify the sizes of objects and is sensitive enough to detect ambient details such as the edges of doorways. You can fit a micro camera into its head and capture the activities of anything that moves or intrudes.

For some fast and furious action, here’s a radio-controlled toy car that can rotate its wheels 90 degrees. You can make it perform power slides by driving it sideways or even flip it vertically for some side-to-side action. 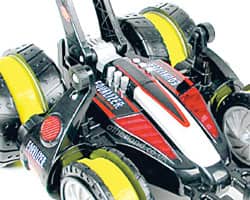 Other features include a special wheelie tower with rollers, dual tread tyres for running or sliding, rollers for upside down running, a high impact front bumper, a powerful four wheel drive and bodywork lights.

Fitted with a 9.6V rechargeable NiCad battery, the Equalizer can only power your show for 10 minutes on a single charge.