Friday nights are for sleepovers at my house. My two nieces and I eat shameful quantities of mint chocolate chip ice cream, and watch the movies and TV shows they like. 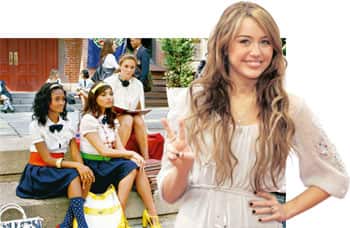 Teen queens: Gossip Girl is targeted at 15-year-olds while (right) Hannah Montana is a favourite with eight-year-olds. Michaela Rehle / Reuters

What an innocent, hassle-free world children live in! That’s what I believed until I met a newly turned teen, formerly known as my niece.

A couple of months ago, as I lay awake at night, wedged between my 10-year-old and 13-year-old nieces, I realized things had changed.

That night, I was discussing the latest Gossip Girl episode over the phone with my girlfriend when my older niece, Niriksha, walked into the conversation with: “But maasi, I can’t believe Serena dumped Dan! I don’t like this new artist boyfriend at all!" 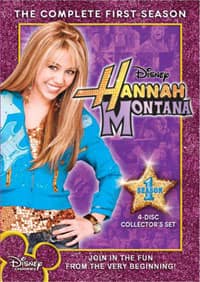 Of course, things weren’t that much different when I was growing up. My sister snuck me into Dirty Dancing when I was 11, Pretty Woman when I was 13. And I loved her for it. I decided to brave a conversation with Niriksha.

“My friends and I watch 90210 (the new, racier one!) and Gossip Girl a lot. Some of my friends even watch the reruns on Fridays and Saturdays, and I am not allowed to call them at that time."

Does she identify with the characters in the show?

“Not exactly. We know it’s about American teens in high school. It’s just fun watching it. But our lives are not like that." Bravo! Great answer!

So, what about poor Hannah Montana? Where does she fit in now?

“Oh, we still watch it. Sometimes just to make fun of it. It can be pretty childish. But it’s time pass."

This poor child is stuck between a rock and hard place. She is too old for Hannah Montana, and too young for Gossip Girl. She watches both, but doesn’t identify with either.

Common Sense Media (www.commonsensemedia.org), a non-profit organization for parents and children that rates shows and movies according to their age appropriateness, pegs Hannah Montana for eight-year-olds. Gossip Girl is rated appropriate for 15-year-olds, but most of the comments about it are from children in the 10-13 age group—“This show roxs!"; “A little mature, with all the cussing, drug use and sex"; and “Watch with mom". So, where does the new teen fit in?

I have seen my older niece and her friends as excited about the release of Hannah Montana—The Movie as my younger niece. For different reasons. For a 10-year-old, it is about the movie-watching experience—the regular kid Miley Stewart, who doubles up as rock star Hannah. But for a 13-year-old, it’s about the movie-going experience—an excuse to hang out with friends and make fun of their younger sisters for idolizing someone so “childish". The movie is incidental.

Once in a while, they feel nostalgic and revisit Hannah, but the love affair is no longer monogamous. They have moved on to “older", “cooler" and more “awesome" things. And no phone calls will be entertained during that time.

As for myself, another Friday night comes up, and I realize I can discuss my favourite show with my newest girlfriend—formerly known as my niece.