Sony’s fight after the fall

It was 10 days after the “new" Sony had been launched on 25 May. The first week’s television rating points (TRP) were yet to be clocked in. Till then, some responses had been negative, some positive, and some extreme. The TV critic of The Indian Express said: “Sony celebrates life instead of bemoaning it... It’s young, urban, middle-class and doesn’t take life too seriously—unlike the other entertainment channels." 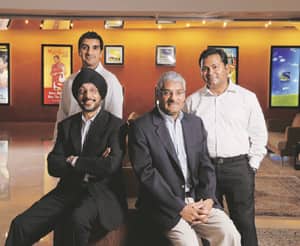 Gurdip Bhangoo, the channel’s new head of programming— whom the senior management of the channel calls “the architect of the new Sony"—was already looking at new idea notes. He was cautiously optimistic, as he told us: “I’m not expecting a miracle, a Colors kind of a rocket launch. The idea is to take the first steps towards taking Sony back to what it was: the alternative content provider that will also be a leading player in the GEC (general entertainment channel) segment. For that we had to change the look, feel and content."

After a week of the new prime-time line-up, Sony’s gross rating points (GRP) went up from 70 before the Indian Premier League (IPL) began, to 97. GRP is the sum total of the television viewer ratings (TVR) of a particular programme, or a channel over a specific period of time. TVR, in turn, refers to the percentage of people watching a particular programme at a given point in time. It essentially reflects a channel’s or a programme’s viewership share during that time slot. Prime time refers to 7-11pm. Among Sony’s new shows, Entertainment Ke Liye Kuch Bhi Karega averaged 1.1 TVR and Bhaskar Bharti and Ladies Special averaged 1 TVR.

“The most interesting outcome of the first week’s ratings is that the shows have reached the audience we were targeting: urban, upper middle-class families," says Danish Khan, head of marketing, who was earlier head of Sony Max.

The second week coincided with the T20 World Cup, and the GRP dropped to 90 in the week in which six matches featuring the Indian team were aired. The ratings of Bhaskar Bharti dropped to below 1. In its third week, Sony’s GRP dropped further to 82.

Prior to the relaunch, Sony’s research team studied 35,000 people in all the metros and tier II cities before concluding that although Indians below the age of 35 are economically affluent, progressive and open to watching new kinds of films and TV shows, they are very rooted to traditional family values and family-oriented stories are the safest bets on prime time TV.

According to latest figures released by TAM Media Research, the GEC show with the highest rating is Yeh Rishta Kya Kehlata Hai aired on Star Plus, with 5.88 TVR, and Star Plus is the highest rated channel with 266 GRP.

It’s now clear that this attempt to understand “the Indian audience" too has backfired. After three weeks of new fiction programming, Sony is behind Colors, Zee TV, Star Plus and NDTV Imagine in the top four spots.

The channel’s fortunes now depend on its next big announcement: the Indian version of the reality show I am a Celebrity, Get Me Out of Here, originally aired on UK’s ITV and currently a chart-topper in the US on NBC. It is being produced by Miditech, shot in Malaysia’s Taman Negara rainforest and is likely to go on air at the end of September, after NDTV Imagine’s most anticipated reality show, Rakhi ka Swayamvar, which premieres on 29 June. With these two shows, Sony and NDTV Imagine will compete for the fourth GEC spot.

For its celebrity show, Sony is likely to have known faces, who are in the news and who can attract eyeballs with their tabloid appeal. Remember Rakhi Sawant and Bhojpuri actor Ravi Kishen trying to outdo each other in histrionics in Bigg Boss, Season 1?

The backdrop of I am a Celebrity, Get me Out of Here is much more extreme: Former “big shots" battle each other in an inhospitable natural environment to emerge “the king" and “the queen". In the first season in the UK, instead of keeping the prize earnings for themselves, the celebrities chose to donate them to charity.

Bhangoo says the audience for reality shows all over the world tends to be young—in India, that makes up most of the audience: “Reality shows have always worked well for Sony. Bigg Boss and Jhalak Dikhhla Jaa gave us very good TRPs. So we are in the process of finalizing some big shows that have worked in other parts of the world."

Late last year, Sony’s share in the GEC space dipped to an all-time low of 7% from 29% in 2000. From the alternative, non-saas bahu, young, hip house of Jassi and the Indian Idol, it became like any other, in dire need of a new life. Manjit Singh, COO, Sony, says: “We kind of lost our way in the middle and tried to blend ourselves into being all things to all people. But we’re different. A few years ago, it was easier. Today, the TAM meters are spread throughout the country. Our time band evolves through the evening."

The company’s (earlier called SET and now christened Multi Screen Media) contract with IPL ensured revenue generation and visibility, but it lacked zing as a GEC. 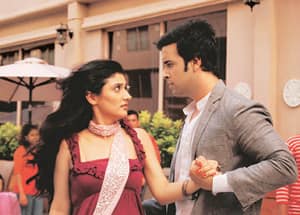 Show time: Bhaskar Bharti is adapted from a Brazilian series; Ladies Special (inset) is about life in Mumbai

Bhangoo, who arrived upon the mix of shows, says: “First, there is a dearth of creative talent that thinks out of the box. Second, the budgets for most shows are a fraction of what’s spent at BBC, for example, which is about £250,000 (around Rs2 crore) per episode." He says he rejected many ideas before settling on the five, based on their themes and the calibre of people making them.

Bhangoo’s appointment can be considered the first small step towards the attempted resurrection of Sony. The content executive, in his early 30s, was a producer for BBC Asia—his last posting was as executive producer of the BBC Asian programmes unit—before moving to Mumbai. Raised in the UK, he was familiar with India and Mumbai, but not so much with Sony when he got the call for this job. A young audience profile excited him: “In the West, the youth below the age of 30 don’t watch so much TV. But here the TV-viewing audience is one of the youngest in the world."

Singh, Bhangoo, Khan and acting CEO N.P. Singh, who make up the team behind the new Sony, say, cautiously, that it’s going to take months before success shows. “The new trend in the market is that people are loyal to shows and not to channels. There’s already a loyalty to the SET brand, but we’re trying to build loyalty to the shows so people will stick to the brand," Singh says.

As the title suggests, everything goes in this show: a man holding his breath so tight five men can’t pull his tucked shirt out of his pants (urgh!); a man burping a hundred times (urrrghhh!); a man swallowing, walking over and under fire. Everything certainly is not “entertainment". But the feat that entertains judges Anu Malik and Farah Khan (a sometimes witty, sometimes dull and nonchalant duo) the most is rewarded with Rs10,000. This is reality TV for ordinary guys with little talent and nothing to lose.

Among the new shows, this one has an impressive production value. Producer Nitin Chandrakant Desai is an art director, known for his sweeping sets in films such as Jodhaa Akbar and Devdas. Chittod Ki Rani Padmini Ka Johur has the same depth and look on a much lower scale—at least someone didn’t use the same tacky, cardboard sets used over and over again for TV shoots. The story of the brave and beautiful queen makes for good period drama, and refreshingly, the acting is stripped of shrill histrionics.

A small-town girl saga, complete with family hurdles, an unlikely romance and her own aspirations (winning an Olympic medal in this case) always seems to work. The story of Pavni has all these elements, minus good performances and direction. A realistic subject requires, at the very least, life-like sets. But I love spunky girls on Indian TV, so thumbs up to the writers.

Adapted from an original Brazilian soap, Bhaskar Bharti is a racy, war-of-the-sexes comedy. Targeted at young audiences, the story is about Bhaskar, a philanderer who suddenly, to his horror, turns into a woman. He’s forced to experience what it’s like to be the other sex. There are many twists in the story, and many comic situations. The show has been produced by the makers of Jassi Jaisi Koi Nahin, Sony’s best offering so far in fiction. Some of the performances are over the top and the comedy is too loud.

A Mumbai story of four women of different ages who become friends in the local train. They fight their own battles—a violent husband or errant children or other misfortunes—and become each other’s support. But the story is not as much about female bonding as about middle-class Mumbai life. Neena Gupta adds weight to the show with her seasoned acting. If you ignore the clichéd transitions from one woman’s life to another, and the mediocre production quality, this is Sony’s best new show.