For generations, Islamic-derived influences have informed and shaped Hindi cinema, leaving imprints on the language, poetry, music and ideas. Their origins, influence and legacy is explored in a new Islamicate Cultures of Bombay Cinema, which attempts to categorise the cultures into three primary genre forms. Referred to as “imagined forms of the past", the genres have for many years provided a rich source of cultural references through which Muslim communities have been portrayed. Authors Ira Bhaskar, Associate Professor of Cinema Studies at New Delhi’s Jawaharlal Nehru University, and Richard Allen, Professor and Chair of Cinema Studies at the Tisch School of the Arts, New York University, speak to Lounge about the scope and objective of the publication. 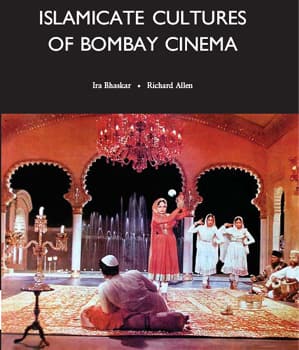 What is the scope of the book?

The book looks at the way in which Islamicate cultures richly inform Bombay cinema. On one hand, it is a general influence of Islamicate culture but we also feel it is in through the genres, that Muslim culture is given a social and historical significance, not just for Muslim communities but also for the larger national community. Others have argued that Islamicate idioms are central to the formation of Bombay cinema and Hindi cinema. For instance, Urdu has flourished and thrived even though its destiny has dipped in independent India. But others argue that it is in Hindi that Urdu has thrived and flourished and is still very important.

How integral are Islamicate cultures to Bombay cinema?

These cultures are integral to Bombay cinema. Urdu speaking Parsi theatre was a central influence on Bombay cinema. While Parsi theatre was not simply Muslim identified, Islamicate cultures had an important influence upon it through classic love stories like Laila Majnun and Shirin Farhad and also through the rich poetic and expressive textures of the Urdu language. Not to mention song and performance traditions that bore the influence of Lakhnawi culture.

How do they manifest themselves—can you identify the different strands of influence and areas impacted?

There are two basic ways: First though a set of iconography and expressive idioms such characteristic architectural motifs (Mughal arches), song forms such as the qawwali, performance idioms derived from the kothas, poetic forms such as the ghazal, romantic story telling traditions such as those of Laila Majnun and the Arabian nights imaginary, language (Urdu), and certain forms of social life embodied in the idea of tehzeeb (manners). Second, through characteristic genre forms: Oriental genre, the Muslim Historical, Muslim Social and Muslim Courtesan Film.

How far back does this relationship extend?

To beginnings of cinema. In terms of genre in early cinema, historicals (Sultanate and Mughal) were very popular, so too were oriental films or Arabian Nights fantasies. The coming of sound was key to expansion and transformation of the range of expressive idioms. The Muslim Social emerged in the 1940s and become an archetypal genre of the 1960s. The Historical genre was important throughout.

How are Islamicate cultures represented in Bombay cinema today and how has this changed over time?

"Low genres" like the Oriental films were important in the silent period and early sound era. Change took place as cinema sought to become respectable and with the celebration of Muslim high culture in the Muslim social of the 1940s which continued in the 1960s. Specific genres are now less popular due to the structural transformations of the industry and audiences since the 1990s, though they still get made (eg Jodhaa Akbar—historical, Umrao Jaan—Courtesan). The influence of Islamicate idioms such as the qawaali and the ghazal remain important within contemporary Bollywood....part of the texture of cinema.