It was only a matter of time before India and China’s perennial geopolitical battle for dominance entered the realm of football as well. China’s multi-billion dollar programme to become a better football nation has been challenged by India through its FIFA backed, ‘Mission 11 Million’ programme.

As the name suggests, ‘Mission 11 Million’—which will start with a launch in 30 Indian cities in October this year— and aims to engage more than 11 million children in football-related activities. In addition to finding talent in the country, the All India Football Federation (AIFF) also hopes to tap into the Indian Diaspora in countries that already have strong football infrastructure (Germany, US, Australia) as part of their strategy. The success and popularity of the Under-17 football World Cup, which India is hosting in October 2017—incidentally a year after ‘Mission 11 Million’— may indeed be shaped by this programme.

China’s football revamp has been spear-headed by the dreams of one man, their President Xi Jinping, who, in 2011 (read more here), expressed “three wishes" for football in China: that they qualify for another World Cup (China qualified in 2002 but crashed out, not winning any of their three group matches, or scoring a single goal), host one World Cup, and win a World Cup.

The Indian Prime Minister Narendra Modi also spoke about the deplorable state of contemporary Indian football in his Mann-ki-Baat radio show in March. “Today our ranking in FIFA is low that I feel reluctant to even mention it." India is ranked 163, a fairly disappointing ranking, made worse by the fact that we’re a nation of 1.2 billion people. Back in the 1960s, India was the dominant force in Asian football, having won two gold medals in the Asian Games, and also reaching the finals of the AFC Asian Cup. 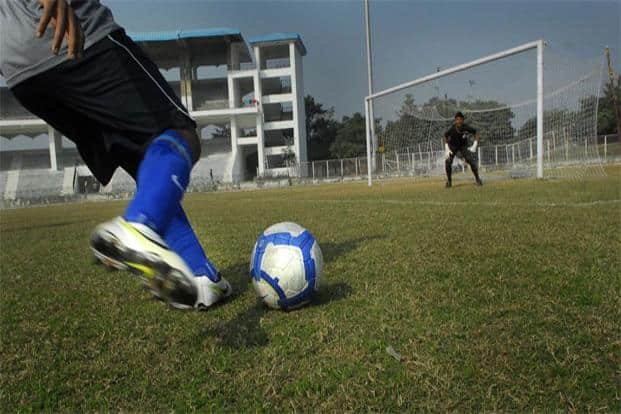 India’s road to becoming a football superpower isn’t free of obstacles. Getting 11 million children involved in football related activities will require many more coaches and much better infrastructure, both of which India lacks. A successful consolidation of the Hero I-League, and the Indian Super League (backed by Reliance and Star TV) could help in revitalizing football.