Mooing with the times

Captain Haddock rode it, Raja Ravi Varma painted it, the Congress used it as its party symbol. The bovine creature in diverse roles in contemporary culture

The world’s sole superpower will have a new Air Force One by 2023. The two Boeing 747-200B jumbo jets that have been serving US presidents since 1990 have grown old. The new planes were ordered early this year. But do you know who the first US president was to fly in a plane converted for his use? Franklin D. Roosevelt. Do you know what that plane was called? “Sacred Cow". It was also onboard this “cow" that the US air force was born, when president Harry Truman signed the National Security Act of 1947 on a flight.

Even so, the place of a cow in American imagination is quite one-dimensional, as a source of dairy products and an unmentionable food item, unlike here in India, where it has been raised to the status of gau mata (mother cow) by believers. 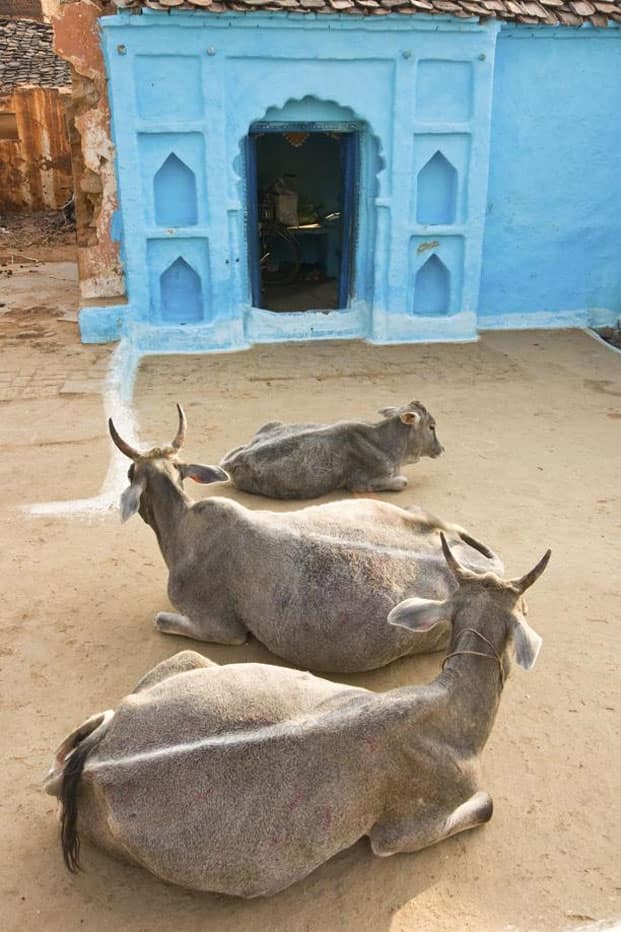 Last weekend, two artists were questioned by the police during the Jaipur Art Summit for their flying installation The Bovine Divine, depicting a cow in styrofoam.

The bovine creature may not have many to genuinely care for it, but it has a significant cultural presence in India—it lights up cinema screens, becomes a politician’s photo-op prop, inspires a sculptor. Here are a few memorable appearances of the cow, in the news for other reasons now, from pop culture: 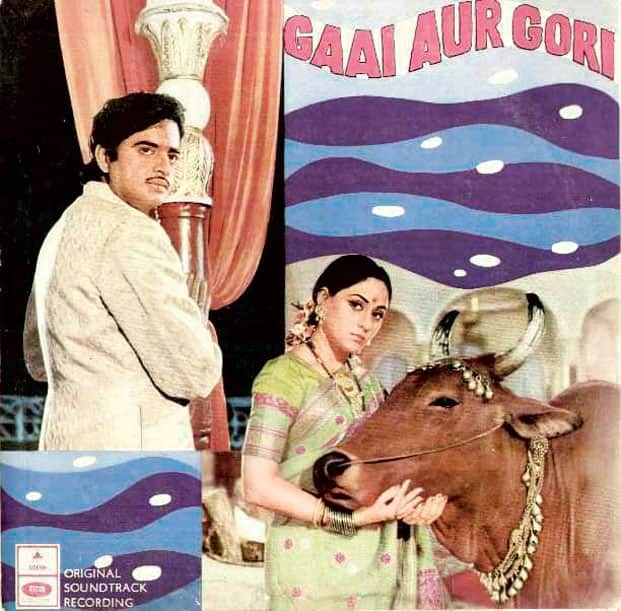 The Hindi film Gaai Aur Gori (1973), directed by M.A. Thirumugham, is that rare movie with a cow as one of the protagonists. The film centres around the love between a village girl Vijaya, played by Jaya Bhaduri, and her cow, Lakshmi. The climax includes a memorable scene in which hundreds of cows are seen running after the vamp, played by Bindu. The final scene zooms in on the cow and instead of showing the ubiquitous “The End", the screen displays the line, “Sabse Achhi Ma" (The best mother). 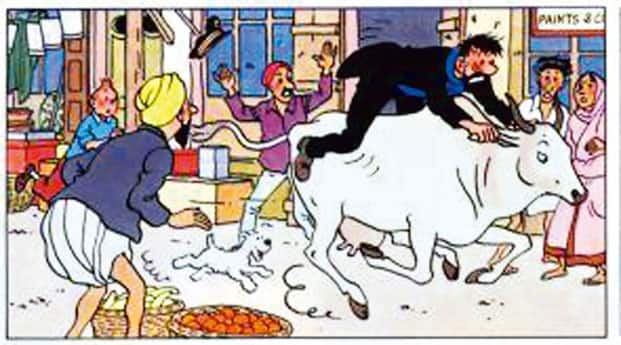 Tintin and the Delhi cow

In the comic book series by Belgian cartoonist Hergé, Delhi appears briefly in Tintin In Tibet. The orange-haired adventurer is sightseeing in Old Delhi with his alcoholic friend Captain Haddock, when the captain has the misfortune of landing on the back of a cow. The cow then runs along the Walled City alleys with the horrified captain on her back. It all ends in time for the duo to catch their flight to Kathmandu.

His experiments with the cow

Artist Subodh Gupta’s sculpture Two Cows (2005) is made of bronze and aluminium with chrome. But you won’t see cows here. Instead, there are two bicycles with the kind of pails used by your neighbourhood milkmen. The theme resonates in another of Gupta’s works. A painting by him shows three bicycles with similar milk pails. No prizes for guessing the title (Three Cows) (2003). During that phase, Gupta was so fixated on the placid bovines that he did stuff you may find hard to believe. In 1999, in a short video called Pure, he expounded on his ideas about “cow shit"—and he was covered in it. 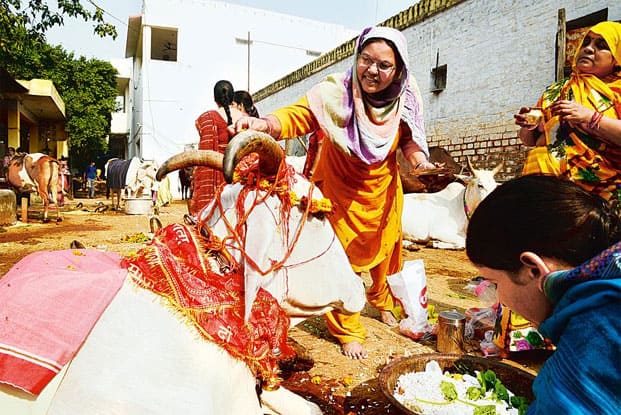 “Lalu Yadav, India’s Cow-belt King, Is Put Out To Pasture"—that was a 2013 article headline in Mint. The Web portal Wikipedia explains the term “cow belt" as “the combined area of the Indian States of Uttar Pradesh, Bihar." The more dependable The Concise New Partridge Dictionary Of Slang And Unconventional English describes the term as a noun: “The rural areas of the Indo-Gangetic plain. Journalistic, from the perception that more traditional Hindu values hold sway in such communities, and, therefore, a cow is revered more there than elsewhere in modern India." In 2003, India Today magazine wrote that British writer Nigel Hankin had updated his glossary of Indian English, Hanklyn-Janklin, with some contemporary phrases like “booth capturing" and “cow belt". 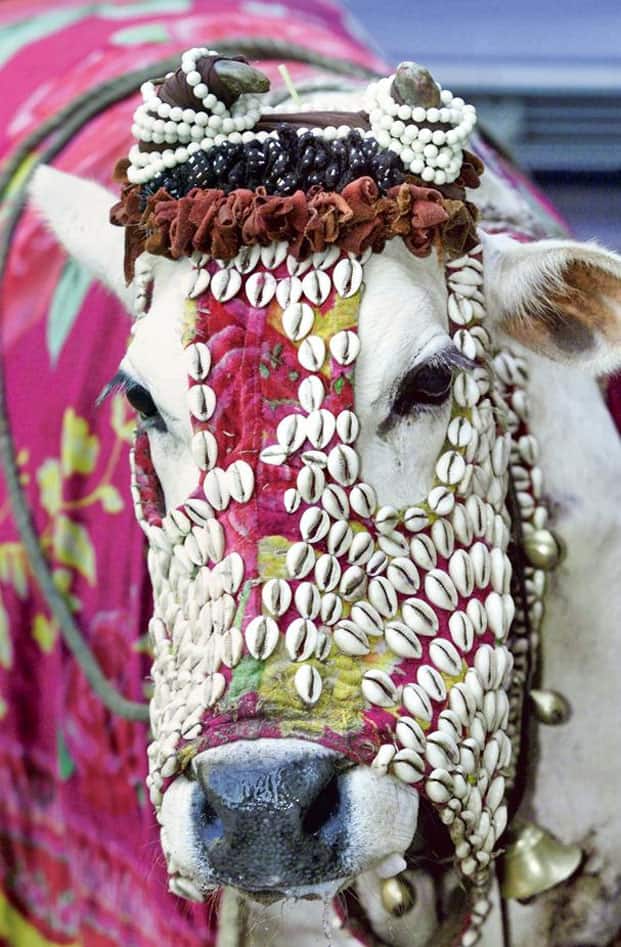 Staking its claim as the first crowdsourced and crowdfunded animated movie in Sanskrit, Punyakoti, is being produced by Ravishankar V., a Bengaluru-based multimedia expert. The story is about an honest cow who always speaks the truth. On Wishberry.in, a website that helps organize funding online, Ravishankar says that 20 of the movie’s 31 scenes have already been shot. It is likely to be completed next year. The music is by the celebrated Ilaiyaraaja. In 2009, the then minister of state for external affairs, Shashi Tharoor, stirred a hornet’s nest. At a time when his party, the Congress, was preaching austerity, he tweeted saying he would travel “cattle class" in solidarity with all our “holy cows". The brand Amul milked the controversy with an ad showing a cartoon of Tharoor flying on a plane, his co-passengers dressed like politicians with cow-like faces and wearing Gandhi caps. The caption said—Ecownomise!

Tyeb Mehta’s idea. He spent his life making one great painting after another but in 1970 he made a short dialogue-less film called Koodal, which means “meeting point" in Tamil. The 16-minute black and white feature showed life in Mumbai, and was partly shot in a slaughterhouse in Bandra. One scene showed a bull making love to a cow. Produced by the Films Division of India, Mehta’s film won a Filmfare Critics award. 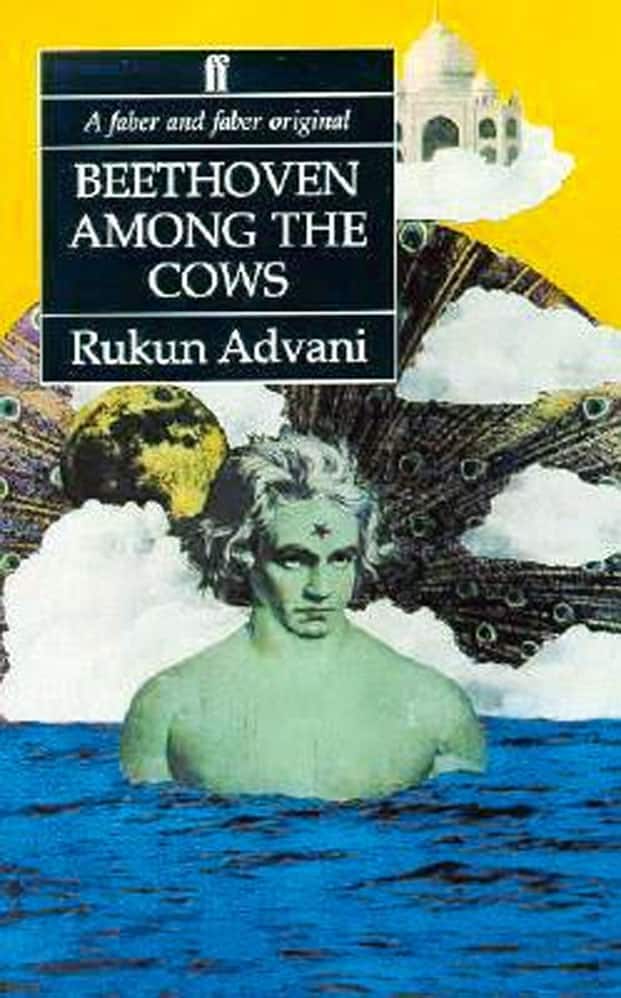 The first line of Rukun Advani’s 1994 novel Beethoven Among The Cows takes its inspiration from the opening line of Salman Rushdie’s Midnight’s Children. That hilarious first chapter starts with Mrs Gupta. She is a cow who gets this name from a lookalike who happens to be the narrator’s neighbour—“fat and couple-coloured, a wheatish complexion fading towards patches of white leucoderma...".

There’s a cowbell on Amazon.com priced at ₹ 6,500. It’s not just any cowbell—it’s the Dilwale Dulhania Le Jayenge 1000 Weeks Special Edition Cowbell. Depicted in the 1995 cult classic film as a metaphor of love, the product is romantically described on the e-retail website: “The Swiss cowbell from DDLJ could be a stand-alone on your mantelpiece or be at your work desk.... It is a perfect gift for people you love—this DDLJ bell will silently convey your message and ensure that they do not wander far from you."

“The Hindu Goddess called Ashtabhuja Devi is depicted riding a lion and furiously attacking two butchers, who have apparently just decapitated a cow...contains visible representation likely to incite acts of violence...," wrote C.A. Kincaid, secretary to the government of Bombay, in 1911. He was referring to Ashtabhuja Devi, a famous work by the celebrated painter Raja Ravi Varma. In the 2011 book, Global Icons: Apertures To The Popular, Bishnupriya Ghosh wrote, “The Bombay Presidency government banned Raja Ravi Varma’s chromolithograph of the eight-armed mother goddess (Ashtabhuja Devi) killing two butchers who slaughtered cows on grounds of sedition, as the mass-produced visual image aroused passions during the Cow Protection debates." 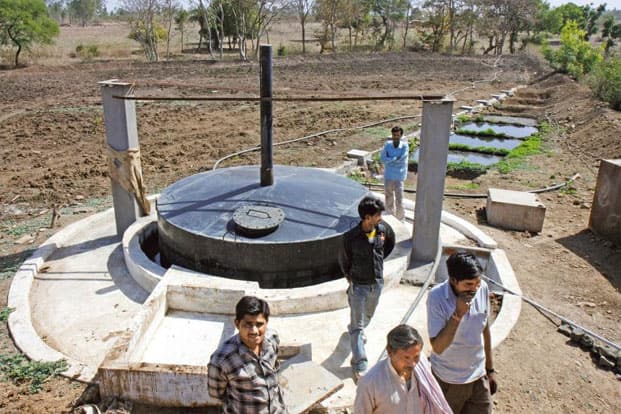 Cow dung, or gobar, as we all know, is the kitchen fuel in many Indian villages even to this day—and eco-friendly, too. In his book 50 FAQs On Waste Management, published by the New Delhi-based Energy and Resources Institute (Teri), author Harish Alagappa explains gobar gas as a biogas that is generated from cow/buffalo dung. He says the term was coined to help farmers understand the idea of biogas. “Gobar gas is generated when cow dung decomposes in special vats in the absence of oxygen," he wrote. In March 1986, gobar gas found honourable mention in a New York Times story “India Creates Industries from Dung and Mud". 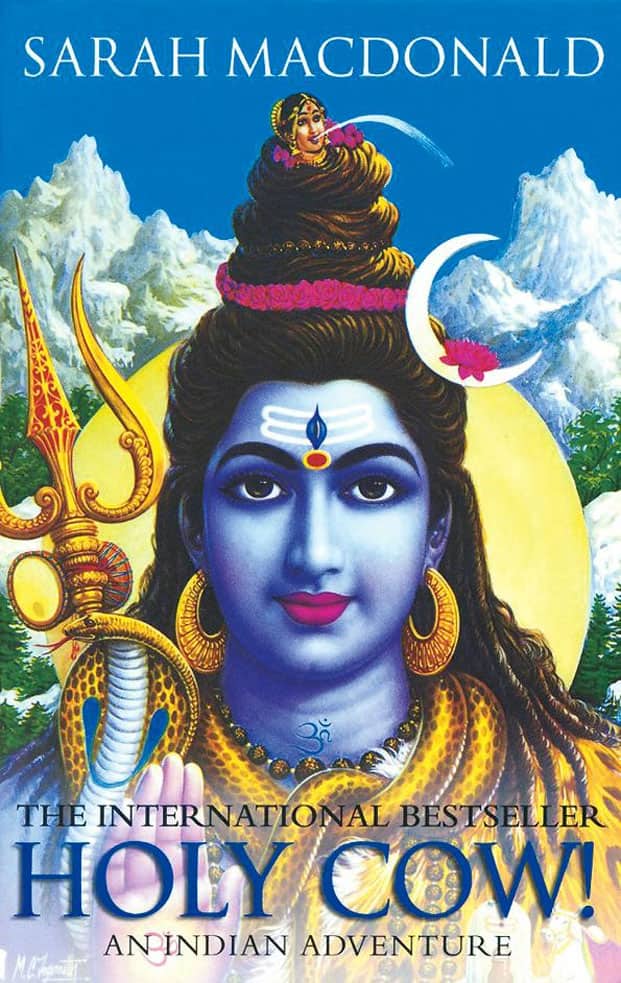 The idea of India

A 2002 memoir by Australian journalist Sarah Macdonald, titled Holy Cow! An Indian Adventure, is, as the back cover puts it, about her “wild rollercoaster ride through India’s many religions in search of the meaning of life and death". The book, along with Gregory David Roberts’ best-seller Shantaram, is a common sight in the cafés of Delhi’s backpacker district Paharganj—the cover depicts Shiva, not the cow. “Expats always buy this book," says Mithilesh Singh of Bahrisons Booksellers in New Delhi’s Khan Market.

The Congress party’s election symbol now is the hand, but the original symbol was two bullocks on a yoke. After the party’s split in 1969, the then chief election commissioner gave that symbol to the faction led by then prime minister Indira Gandhi. The other faction, Congress (O), went to court, which froze the symbol until the disposal of the appeal. Indira Gandhi’s Congress eventually contested the election with a new symbol that showed…well, a cow with her calf (years later, Gandhi and her son Sanjay were widely blamed for the Emergency. No link to the cow and calf symbol, however). 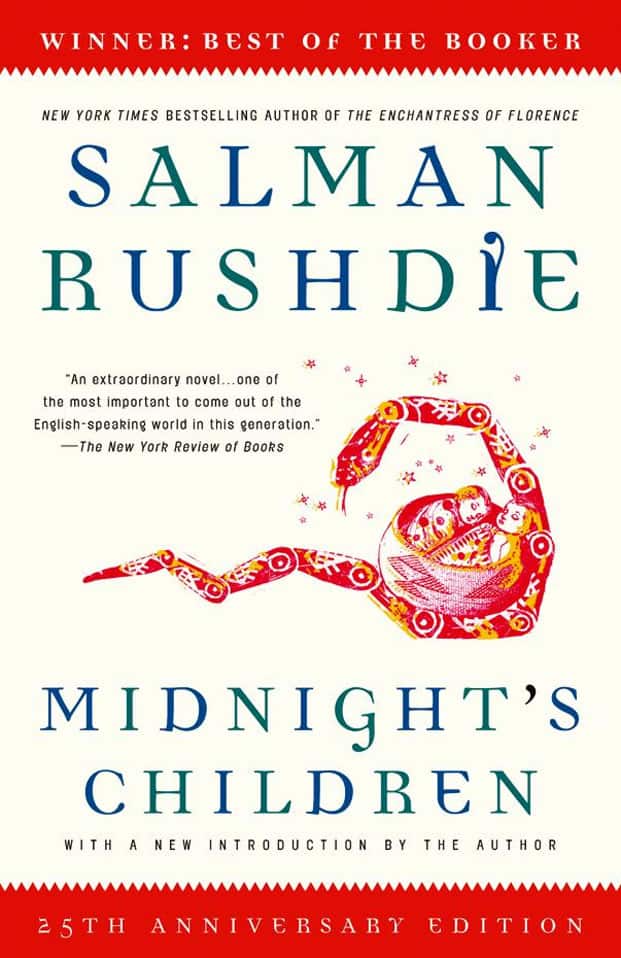 In his Booker-winning Midnight’s Children, Rushdie spared neither Indira Gandhi nor the cow, subjecting them to his irreverent caricatures. One of the most unforgettable mention in the novel is of a fictional film called “Gai-Walla". Rushdie wrote: “The film was an eastern Western. Its hero, Dev, who was not slim, rode the range alone. It looked very like the Indo-Gangetic plain. Gai-Wallah means cow-fellow and Dev played a sort of one-man vigilante force for the protection of cows. SINGLE-HANDED! And DOUBLE-BARRELLED!, he stalked the many herds of cattle which were being driven across the range to the slaughterhouse, vanquished the cattlemen and liberated the sacred beasts. (The film was made for Hindu audiences; in Delhi it had caused riots. Muslim Leaguers had driven cows past cinemas to the slaughter, and had been mobbed.)" 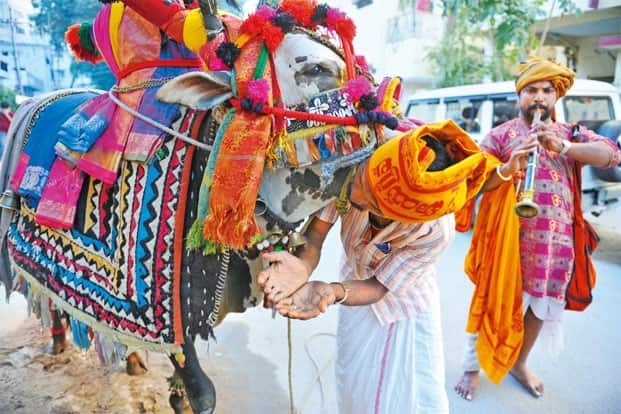 Launched in 2007, the soft drink brand Fanta’s TV advertisement showed a college student asking a fortune-telling cow three questions about his future: Will I be wealthy? Will I find a beautiful girl? Will I pass my exams? The cow shakes her head at all three questions.

The late artist M.F. Husain was famous for his paintings of horses, but he devoted some time to cows too. His lithograph Cow Umbrella was put up for Christie’s first auction in India, in Mumbai, in December 2013. It showed a cow with…well, an umbrella. One untitled Husain shows Shiva, Parvati and Nandi the bull. This work is displayed at author Sadia Dehlvi’s home in central Delhi’s Nizamuddin East. The painter had gifted it to Dehlvi at her wedding in 1989.

Set in rural Uttar Pradesh, Munshi Premchand’s Hindi novel Godan is about a farmer called Hori who dreams of owning a cow. The yearning is so great that one of his sons is named Gobar. One of the novel’s English translations is titled The Gift Of A Cow. Godan was adapted into a film in 1963, with Raaj Kumar as the lead character. A TV adaptation was directed for the state channel Doordarshan by acclaimed film-maker Gulzar.

A comedy scene in the 2004 film Hulchul, directed by Priyadarshan, shows brothers Kishan (Paresh Rawal) and Jai (Akshaye Khanna) entering Anjali’s (Kareena Kapoor’s) house disguised as a cow and being shoved into a cowshed where an ox eyes them lustily. What happens next need not be narrated.

The cover of the UK edition of Dwijendra Narayan Jha’s book The Myth Of The Holy Cow carries a blurb from an Observer review: “Not since Salman Rushdie’s Satanic Verses… has a book caused such violent reaction." Jha’s drily written academic book, focusing on the beef-eating habits of the early Hindus, Buddhists and Jains, prompted calls for its ban when it first appeared in 2001. A retired Delhi University history professor, he was then interviewed by the Outlook magazine, where he said: “If they want to ban my book, then they will have to ban the Vedas, the Upanishads, the Sutras and the epics. Where will they stop? I have given evidence, if they have counter-evidence, why don’t they come forward with it? But they are so illiterate, they haven’t even heard of those texts, let alone read them. I have texts and they go by blind faith. That is what a historian can and should do: counter faith with facts."