Intex's new smartphone Aqua View is a small screen phone which works well, but doesn't feel at par with rivals

The sub- ₹ 10,000 Android smartphone segment is still dominated by Indian phone makers such as Micromax and Intex. On its part, Intex has impressed with some of its recent phones in this price segment. The latest addition to that line-up is the Aqua View, which is priced at ₹ 8,999 and goes up against the Xiaomi Redmi Note 3 ( ₹ 9,999) and the Honor 5C ( ₹ 10,999). 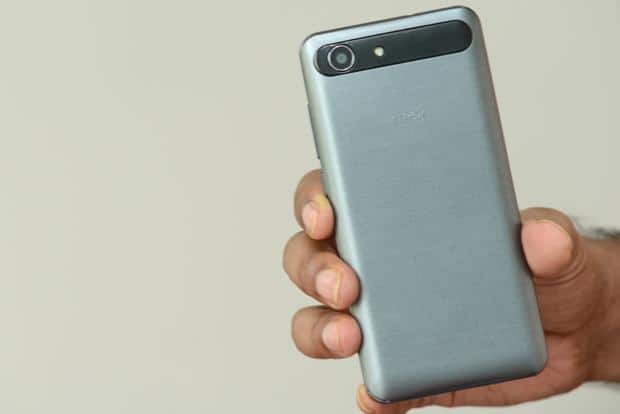 The Aqua View is a fine looking smartphone with solid build. The fingerprint sensor on the front panel, the speaker grille at the base and the curved metal edges along the spine look very similar to the Apple iPhone 6. The camera module on the back bears a close resemblance with the camera module on the Nexus 6P (made by Huawei). The front bezels are too wide and this gives the phone a taller look. Overall, the Aqua is likeable for its handy design, light form-factor (146g), firm grip quality and the fact that you can remove the matte finish back panel and the battery inside it. The two-SIM, 4G-ready SIM slots and a micro SD card are also placed inside the same panel. The fingerprint sensor is quite accurate and one can configure up to five fingerprints simultaneously. 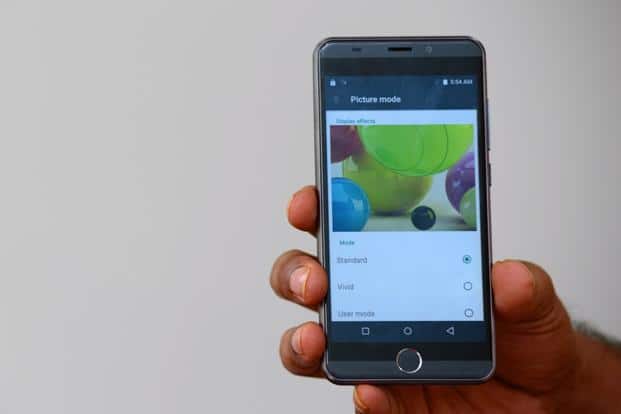 The 5-inch display has a screen resolution of 1280x720p, which isn’t bad for the screen size. What is likeable is that it reproduces colours brilliantly, which makes it perfect for movie buffs. The wide viewing angles are good but glossiness is a major concern as the screen smudges a lot. The good bit is that it allows users to fine-tune the screen, as per their comfort levels. You can change the contrast, colour temperature, saturation and sharpness of the screen. The smartphone runs a slightly older (Lollipop) version of Android with an almost plain Android UI over it. While the background in the app drawer looks transparent instead of white, the rest looks just the same. The UI offers a few customizations, but there are none which change the layout or the design of the interface.

Intex has pre-loaded quite a few apps on the smartphone, but most of them can be un-installed anytime. There are a few VR apps such as cardboard camera, VR and VR Duck Hunt as well, to go with the Google cardboard VR headset which Intex is bundling with the device. Some of the apps which are actually useful are the auto call record, 360 Security, Intex services and NewsHunt.

Powered by MediaTek’s low Power MT6735P processor with 2GB RAM, the Aqua View can handle most individual tasks and apps, switching between apps without any issues. However, the low configuration reflects when you are carrying out resource intensive tasks such as multi-tasking or playing a heavy game. In simple terms, it is not meant for a power user.

The phone offers 16GB of storage and can accommodate another 64GB via a micro SD card.

Battery backup isn’t one of its strong points. The 2,200mAh battery can muster slightly less than a day’s backup on single charge. The 8-megapixel camera is a bit of a let-down as it struggles when it comes to reproducing details. Pictures taken in daylight also tend to look slightly grainy. As a result, even the colours look a little pale. There are hardly any exciting modes or filters and the camera app also feels a bit sluggish.

The smartphone delivers on most of its promises, but doesn’t really impress us, nor does it have any unique feature. The Redmi Note 3, despite its slightly higher price tag, is a much better proposition on account of its bigger display, ability to handle heavy tasks better, superior camera and better design language.