Back in the 1980s, a cinema hall experience wouldn’t have been complete without the obligatory screening of socially relevant documentaries before the show. In those years of rationed entertainment, documentaries on population control and polio campaigns were inescapable viewing when all the audience really wanted was to cut to the chase—the song and dance and the inevitable fight sequences. 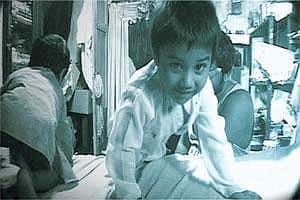 True life: A still from Bilal, which is part of Nandan’s May list.

It’s reportedly the first time such a venture is being tried in India. Nandan’s plans are both ambitious and circumspect. On Saturdays and Sundays, one of the screens of the multiplex is being reserved for short films and documentaries. If the audience response is good, the number of days will increase, says Jadav Mondal, CEO, Nandan.

“There are no viewing platforms available for documentary films in India outside of the film festival circuit. It is about time one was created," says Mondal. “This is a dream for documentary film-makers," adds Mrinmoy Nandi, whose film Khelnabati is part of the May schedule.

Tickets for each day have been priced at ₹ 30 (other show tickets at Nandan go for ₹ 30, ₹ 60 and ₹ 70). There is, however, an air of ambiguity on the profit-sharing ratio between Nandan and the copyright holder of the films. Chatterjee says an “honorarium" will be paid to the copyright holder, while Sarangi spoke about a 50-50 revenue-sharing ratio.

There is unanimity, however, in welcoming the move by Nandan. “It is worth noting that all the films selected for screening have won awards in major international films festivals, and now the general public will get an opportunity to see them," says Chatterjee. Sen, whose 2-hour film Way Back Home will also be shown, thinks Indian documentaries have moved on from being exclusively political and activist-propaganda-oriented.

The fact that all six films for screening in May are by Kolkata-based film-makers has elicited a word of caution from Sarangi. “Kolkata produces good documentary films but it is not enough to sustain commercial screenings. This effort will be successful only when it is given a national, even international, flavour."

Sen says that for the following months, documentaries such as War and Peace by Anand Patwardhan and Kamala Bai by Reena Mohan—classics from non-Kolkata film-makers—are being considered for screening.