The haunting, horror novella is rising from the dead. Here's our pick of the best ones 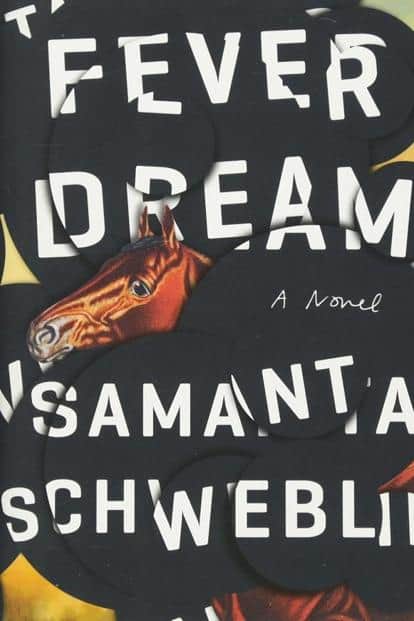 Megan McDowell’s English translation of the Argentinian author’s nightmarish novella Distancia De Rescate was shortlisted for the Man Booker International Prize 2017, and is best read in a single sitting. The dialogue between the pair of protagonists—Amanda, a dying woman in a hospital bed, and young David, by her bedside—dashes down memory lane and is suffused with spectres and the suspense of the “exact moment when the worms come into being". This is not bedtime reading.

The End We Start From by Megan Hunter

Hunter dives into the literary scene with her bold take on motherhood against the backdrop of an apocalyptic England, in this sparse and surreal debut. The fast-paced book sees London getting flooded, refugees fleeing, and one family’s love for their newborn boy, Z—something you can immediately imagine on screen. It’s a good thing, then, that the film rights have already been scooped up by Benedict Cumberbatch’s production company, SunnyMarch. Riley has reportedly “spent the last 15 years relaying the inner lives of disaffected women", and in her fifth book, First Love (yes, it’s a nod to Turgunev), longlisted for the 2017 Baileys Women’s Prize for Fiction, she invites the reader into the inner workings of Neve and Edwyn’s tempestuous relationship: a marriage of abuse and attraction, helplessness and loneliness. This is recommended reading for fans of Gone Girl and Fates And Furies.

Hailed as “South Africa’s Chimamanda Ngozi Adichie", Matlwa’s latest prose is an urgent and unsettling probe into questions of race, gender, and the country’s public healthcare system. In this pertinent political novella, it’s a dream come true for Masechaba when she becomes a junior doctor. Her presence in the medical profession gives her a perspective on contemporary xenophobic clashes, a hangover of apartheid, and she is forced to make difficult choices. Such Small Hands by Andrés Barba

Marina, aged 7, has lost her parents in a car crash; she now lives in an orphanage alongside other little girls. When Marina introduces her doll, also named Marina, to the girls, everything changes—and their once playful games become gripped with malice, twisted desire, and horror. A child’s toy that comes to life? This is a ghost story true to its genre.