"storyDirectUrl"
OPEN APP
Home >Mint-lounge >The point of no return

The point of no return

The point of no return

You wake up at 6 in the morning and decide you should first check and see if, far away in India, the Pune Warriors are going to play Sourav Ganguly or not. You notice there’s an email from your publisher in Delhi asking if you still hold an Indian passport. Your book is on their longlist for a prize and the good folks over at the Vodafone Crossword Book Award want to know.

There is a simple answer to that question. But you are still lying lazily in bed, your BlackBerry in hand, and you begin to consider your memories.

It’s been a very long time.

You don’t even try to get a New York driver’s licence because why waste time? You have your Indian licence. It will still be valid when you go back. 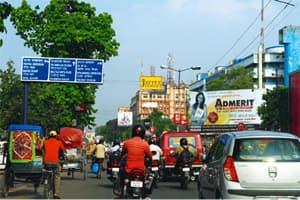 Inspiration: Amitava Kumar, whose hometown is Patna, has used the city as a backdrop in his books. Pradeep Gaur/Mint

Lying in bed this morning, this is what you remember.

You are a new immigrant in New York and whenever you pick anything up in a store you calculate what it means in rupees. A cauliflower, you find out, costs more than what you would pay for three chickens at home in Patna. You hoard your meagre wealth because you see it all slipping away in the future.

But then, one day, at your university book store, you see a book with a name on its spine—Saadat Hasan Manto—and this name makes the distance between you and your birthplace collapse.

The stories are in translation. It doesn’t matter. You want to be a writer, and Manto was a great writer. You know that because you have read his story Toba Tek Singh in school (the inmates from a mental asylum are being transferred to the other side of the border after the Partition of India. The mad protagonist doesn’t grasp the idea of the border. He doesn’t know where he belongs. At the story’s end, he lies dying in the no man’s land between the two nations). In addition, you are drawn to Manto’s use of news to produce brief, biting pieces of social satire. His reports are savage in their brutality. You like this very much.

Lost in this new country, in Reagan’s America, you think about buying the book that afternoon because it will be a handy guide to achievement. That is how the middle-class soul, conscious of the forbidding cost of the hardcover, begins to rationalize the purchase. If there are any doubts in your mind, they quickly dissolve when on the first page that opens under your thumb you read: “Dedicated to the memory of Saadat Hasan Manto, who was never to see any of his work translated during his lifetime…" 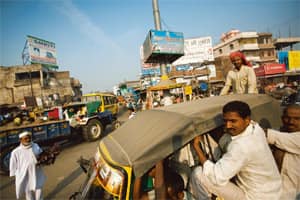 Homeland: A busy traffic junction on the streets of modern-day Patna. Javeed Shah/Mint

You are still in bed and from another room your son, who was born here, is calling out your name. Every day, you catch yourself saying something to him in Hindi. At night, you listen to old songs by Lata or Rafi when they are posted on Facebook. You are filled with a familiar guilt when talking to your parents on the phone in Patna. You have written a lot about people and places in India, in fiction and non-fiction, but are suspicious that so far you have written little about Indians in America. Why is this so?

You know, of course, that nostalgia is for losers. If you indulge in it, nothing divides you from the guy who keeps going back to the woman who dumped him. Or worse, the woman who he had dumped, and now wants really badly to be friends with.

See, this is what is wrong with nostalgia: You come up with shallow analogies to explain the world. You come out of bed to watch the match in Hyderabad on the Internet, but also because your older child, your beloved daughter, needs help with her dinosaur project for school. You remember later that you should write back to your publisher in Delhi.

You are a teacher now. All the impulses that have been aroused by the publisher’s letter need to be put in perspective. So, you want to write a letter telling a story about the impossibility of return. You will tell him about coming across a brief report in TheDaily Chronicle archive in a library in Trinidad, about an indentured labourer from Guyana brought on a ship from India to work in the sugar-cane fields. The report states that the indentured man was homesick and in a fit of despair waded into the sea to swim back to India. Our hapless swimmer was quickly rescued and jailed for 14 days for indecent exposure. Would be travellers to imaginary homelands, stay warned!

Amitava Kumar is the author, most recently, of Evidence of Suspicion (Picador). He is now an American citizen.