The economy of influence

The economy of influence

As dirt is said to be matter that is in the wrong place, so corruption is money lodged where it shouldn’t be: displaced from the world of commerce, where it rightfully belongs, and into democratic politics.

The type of corruption we in India tend to concentrate on is straightforward bribery: the taking of money for special treatment, or for providing services that should not normally be paid for. This form of corruption can reach the level of high scandal. The media has in recent years come to feed off the spectacle of such corruption—centred often on individuals who appear as greedy, evil, criminal, weak. 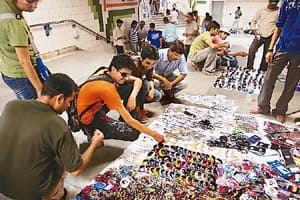 There is nothing conceptually complicated about this type of quid pro quo corruption, or about the legal remedies needed to address it. Indeed, we already possess in some abundance the legal instruments and agencies needed to clip such bribery. Somehow, though, they don’t seem to function: Whether executive, judicial or police agencies, they lack—as the saying goes—political will.

This suggests that what we are actually facing is a more deep-set type of corruption. This corruption doesn’t just divert public individuals into the pursuit of private gain. It prevents institutions and professions from fulfilling the functions for which they were designed. 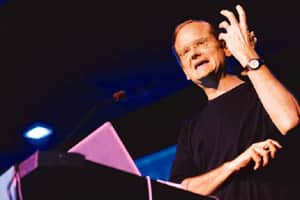 Lessig’s earlier, iconoclastic work on Internet copyright gave him a cult status among internauts who embraced his libertarian arguments for freer copyright regimes within the “creative commons" of the World Wide Web. For the last several years, though, he has turned his attention to understanding how and why America’s democracy has undermined the independence of its central institutions to the point where the republic—the idea of a public good which leaders are committed to fostering and defending—has been lost.

Lessig tells very much an American story, but his argument—which draws on an older, classical republican understanding of corruption and independence—holds many lessons for our own situation.

The really pernicious type of corruption, Lessig insists, is not so much that involving crass monetary purchase: transactional bribery. Goodness knows, we in India have enough of this—and the outright purchase of privileges or services is certainly more regular and troubling here than in the US. But reading Lessig is still a useful and illuminating exercise, as it pushes us to think harder about a more fundamental type of corruption. 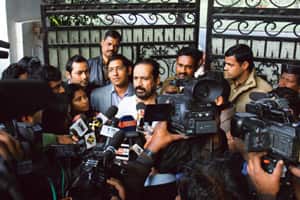 The media kept the spotlight on allegations of financial irregularities by the Suresh Kalmadi-led Commonwealth Games Organising Committee. Photo by Hindustan Times.

Think of the civil servants, police officers, or judges, who might trim and tailor their actions and decisions so as not to offend those who may determine their future careers; politicians who dine with the rich and their lobbyists, or who depend on powerful patrons for the tenure of their office; doctors who accept invitations from pharmaceutical firms and free trials of medicines; journalists who mingle over cocktails with politicians and corporate leaders; military generals and officers who are entertained by weapons manufacturers. None of these would be recognizable as instances of bribery—and in few of these cases would it be at all easy to show a direct causal connection between illicit actions and such background facts.

Each of these examples concern professionals and public officers who are supposed to manifest objectivity and impartiality in their thought and action—that is the basis of our trust in them, and that indeed is the definition of their social roles.

What we do suspect, in all of these cases, is that somehow they have been compromised, their independence of judgement clouded. They have become entrapped in the “economy of influence". Just like all of us in every walk of life, those who act within institutions of government or professional guilds are susceptible to a range of influences. Many of these influences are simply unavoidable, some cannot be controlled or regulated; but some create dependencies, which are hard to break precisely because they are like addictions. And these dependencies then systematically distract or divert those elected to govern or to perform professional roles from what they are supposed to be doing—which is working in the public interest.

It is this second type of corruption—the slow, insidious creation of a web of dependencies—that in the long run is most fatal to democracies. The effect of those dependencies is to corrupt institutions, not in a directly financial sense, but in ways that undermine the trust in and credibility of a system as a whole. The appearance of impartiality is vital to sustaining the legitimacy of institutions of democratic government. If people cease to believe in the impartiality of institutions and those who inhabit them, then the purpose and point of government itself becomes hard to discern.

Democracy has since its Athenian invention been suspected for its tendency to create dependencies. A democratic government is of course dependent on the people—but beyond that, other types of dependencies (on foreign powers, on rich patrons, on persuasive advocates of particular interests) are seen as liable to corrupt political freedom. In that sense, the real threat of corruption for a democracy is not so much individual venality but the failure of institutions to fulfil their intended aims—which is to defend liberty.

For classical republicans, even if a nation succeeded in eliminating individual corruption (and that is by no means an impossible task, even within the existing legal frame), it would still be confronted by the corrupting effects of dependence. For that is not simply the aggregate of myriad corrupt individuals. It is a more systematic failure: a failure of our government and leadership—whose function is not so much to protect the public purse (important as that is), but to maintain trust in the institutions of government. In the long run, India may be able to survive a culture of bribery. It’s the subtler corruption—of the political intentions and purposes embodied in its institutions—that may do it in.

Sunil Khilnani is director of the King’s India Institute at King’s College London.