This fall, Warner Bros is trying to reinvent Sherlock Holmes, with Robert Downey Jr starring as the fictional sleuth. Spike Jonze, who directed Being John Malkovich, will put a modern twist on the storybook classic Where the Wild Things Are. And some recent best-sellers, including Walter Kirn’s Up in the Air and Alice Sebold’s The Lovely Bones (in an adaptation from Lord of the Rings director Peter Jackson), will hit the big screen.

Click here to view a slideshow from pages to screen

Hollywood is racing to adapt novels, comics and children’s stories as the ability of movie stars to draw audiences wanes. Popular books, with built-in fan bases, pose less risk for Hollywood studios trying to eke out a profit in a tough economic climate. One of the most anticipated adaptations is the November sequel to Twilight, based on the best-selling book series by Stephenie Meyer. A wave of animated films based on children’s stories are scheduled for release over the next several months, including Disney’s revision of the age-old fairy tale, The Princess and the Frog; Wes Anderson’s Fantastic Mr Fox, a mostly stop-motion animation version of the Roald Dahl novella; and Cloudy With a Chance of Meatballs, a three-dimensional (3D) take on the popular children’s book.

One giant exception: Oscar-winning director James Cameron returns to feature film-making for the first time since Titanic with his new movie Avatar, a sci-fi epic with an original story that’s not based on a book. The 3D movie follows a war veteran (played by Sam Worthington) on his journey to an alien planet.

After a summer that saw box office revenues soar ahead of old records, there are far fewer films coming out in the US this fall and winter season, with just 135 films currently planned for release through the end of 2009. The cutback does have some positive consequences, say studio executives. “With fewer films, there won’t be as much cannibalization, and each film will have a better shot at finding its audiences," notes Mike Vollman, who runs marketing for Metro-Goldwyn-Mayer/United Artists, home of the James Bond franchise.

In Fantastic Mr Fox, a crafty chicken thief—voiced by George Clooney—strives to outwit three farmers who wage war against him for stealing their prized goods. In an unusual move for an animated feature, Anderson, best known for offbeat comedies shot in subdued tones such as The Royal Tenenbaums, made all the actors record the audio tracks together and act out some of the motions in the film, says Jason Schwartzman, who performs the voice of Ash, Mr Fox’s runty son. “George and I are having an intense emotional scene," he recalls, “and we weren’t in costume or make-up, but I was really on the ground digging for dirt."

In Avatar, which opens in December, Cameron employs computer-generated imagery to animate some of the characters, who look like blue, oversized humanoids. The director says that even though the film is in 3D, intricate special effects are not at its emotional centre. “This movie is about people running around in the rainforest, it’s not about technology," he says. 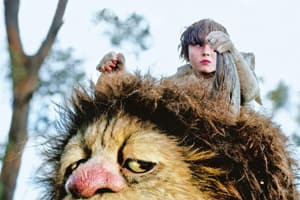 Where the Wild Things Are

Also coming back to the multiplex: Buzz Lightyear and teenage heartthrob Robert Pattinson. Disney will debut Toy Story 3 next year and in preparation, the studio will rekindle the franchise by releasing new 3D versions of Toy Story and Toy Story 2. Just a year after the teen vampire romance Twilight, directed by Catherine Hardwicke, became a cultural sensation, Summit Entertainment has a sequel, New Moon—featuring werewolves and a bevy of new special effects—set to hit theatres the weekend before Thanksgiving.

Summit hired a new director to make New Moon, which has “a totally different look", according to the studio’s chief executive and co-chairman Rob Friedman, and “offers a lot more for the guys than the first movie did". Werewolves (including Jacob Black, played by Taylor Lautner) emerge in the sequel as protectors, shielding Bella (actor Kristen Stewart) from the menacing vampires that prey on her after Edward (Pattinson) departs. The film focuses in part on that break-up—and its resolution—but it also features more computer-generated effects to render the wolves. New Moon director Chris Weitz says the new werewolf element forced film-makers to ramp up the special effects. “We weren’t going to just use a guy in a wolf suit," he says.

A grittier take on the high school musical genre, Fame follows a group of students—dancers, singers, actors—as they try to achieve fame for their artistic pursuits. The original music for Fame, which won Academy Awards for original score and original song, has been supplemented and updated to sound more contemporary. Emmy-winner Megan Mullally, who plays one of the Fame teachers, says that the new movie is more like a regular film than a musical. “The musical numbers are integrated in a seamless and organic way," she says.

The fall’s comedic fare includes a new Coen brothers movie A Serious Man, about a physics professor (played by Michael Stuhlbarg) who struggles to raise his family in a middle-class Jewish neighbourhood in the Midwest when his wife threatens to leave him. It’s Complicated, a Nancy Meyers film, follows a woman (played by Meryl Streep) who is pursued by two men (Steve Martin and Alec Baldwin).

Jason Reitman’s comedy Up in the Air, featuring actor George Clooney, tells the story of a corporate-downsizing consultant whose nomadic existence—and impressive frequent flier mileage—is placed in peril, making him question his lifestyle.

“The movie is about the examination of a philosophy—what if you decided to live hub to hub, with nothing, with nobody?" says Reitman, who spent six years writing the film and, in that time, got married, had a baby and directed the hit movie Juno.

Reitman says this film, which was only loosely based on Kirn’s novel, was a more deeply personal effort than his first two feature films, Thank You for Smoking and Juno. “The main character was written very much from my own heart," he says.

Jamin Brophy-Warren contributed to this story.