If you’re a full-time book critic, such as this writer, then your thoughts of summer primarily involve plans of how to escape books, for diverse pleasures such as watching the football World Cup with a tub of Natural’s ice cream in hand, lying on grass amid sheep in a sunlit field in Meghalaya, or trying to get your banker friends to buy you many drinks at a boat-pub on the Thames river. But this sort of dream is for me, not for you. You want to be thinking about books, books and more books. You don’t want to be missing out on the chance to hit upon the perfect book for your summer vacation just because you didn’t know about it, or because it came out from a small publisher in Minnesota. You want to be telling me that even though you have a job, kids, a home loan, and a conked-out washing machine, you get in more reading than I do. All you want to know is what your options are. I’ve tried my best to be of help—here are the books you could be reading this summer:

Page-turner: What’s your idea of a good summer holiday read?

Prominent among new books in South Asian fiction is Manu Joseph’s widely anticipated novel Serious Men, set to appear across India (HarperCollins), America (Norton) and the UK (John Murray) over the summer. Joseph tells the story of Ayyan Mani, a lowly employee of an institute for scientific research in Mumbai, as he observes the bizarre goings-on of the world around him, including a boss whose main interest is a theory about microscopic aliens falling to earth. Joseph’s book promises to be a wicked take on Indian social and office life.

Several other debut works have been in the news well in advance of their arrival. Sarita Mandanna’s Tiger Hills (Penguin, June), a story set in a coffee plantation in 19th century Coorg, was in the news last year because of a record advance; now it remains to be seen if the book matches up to the hype. Rahul Mehta’s Quarantine (Random House India, April) is a book of short stories about the lives and dilemmas of gay American-Indians. The poet Tishani Doshi’s The Pleasure Seekers (Bloomsbury, May) is a coming-together-of-cultures story set in the London of the 1960s around the world of the Patels from India and the Joneses from Wales. 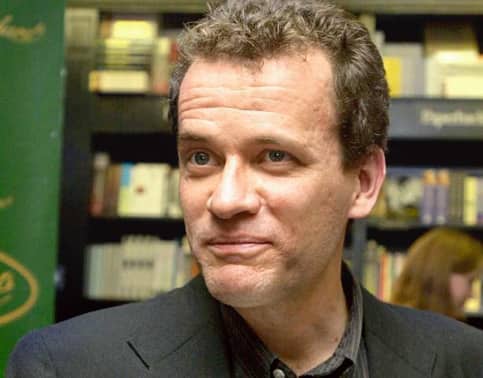 Further out, in the world of Anglo-American fiction, Booker Prize winner Yann Martel (Life of Pi) continues with his interest in populating fiction with wildlife with his new novel Beatrice and Virgil (Random House, April), about a man caught up with the lives of a donkey and a howler monkey. A low-angle close-up on celebrity life is the prospect offered by Andrew O’Hagan’s The Life and Opinions of Maf the Dogand of His Friend Marilyn Monroe (Faber, May), the imagined story of a real life dog presented by Frank Sinatra to Monroe, who was the star’s companion during the last two years of her life.

The biggest non-fiction book of the season is a biography of the most powerful man in the world by one of the most prominent names in magazine journalism today. The Bridge: The Life and Rise of Barack Obama(Knopf, April) is a 700-page biography of Barack Obama by David Remnick, the present editor of The New Yorker and the author of at least two top-notch books, Lenin’s Tomb (1993), a study of the Soviet Union in the perestroika years, and King of the World (1998), a biography of the boxer Muhammad Ali. Remnick followed Obama on his historic campaign trail in 2008, and has all the skills required to generate a definitive portrait of this astonishing politician. 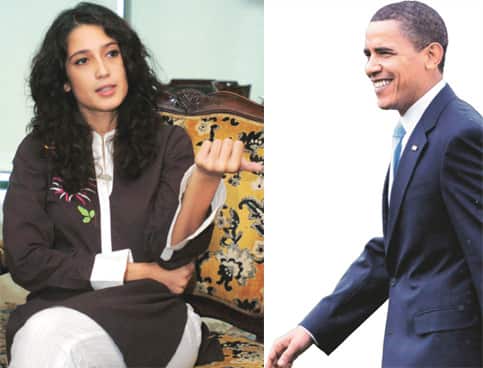 Must-reads: (left) The Bhutto family saga is the subject of Fatima Bhutto’s book; and David Remnick’s 700-page biography of Barack Obama (below) is among the most anticipated titles. Photographs by Rizan Tabassum / AFP and J Scott Applewhite / AP.

A fresh perspective on the Sepoy Mutiny of 1857 is provided by Besieged (Penguin, May), a set of translations by the historian (and dastangoi performer) Mahmood Farooqui of archival material from the time of the rebellion. The correspondence of Indian mutineers, reports of spies to English officials, and dispatches from the Delhi Urdu Akhbar all find their place in Farooqui’s book. A more contemporary tale of political turmoil and deceit is narrated by Fatima Bhutto, niece of the late Benazir, in her widely awaited memoir about the Bhutto family, Songs of Blood and Sword (Penguin, April).

Sonia Faleiro’s long-awaited Beautiful Thing (Hamish Hamilton, August), tells the dramatic story of a 19-year-old bar dancer, Leela, and through her, of the dance bars of Mumbai before and after they were banned in 2005. Another story of a life lived on the margins of society and as an object of desire is told by Nalini Jameela, the author of the powerful Autobiography of a Sex Worker, in The Company of Men (Penguin, June).

For a nation obsessed with the movies, India has too little by way of articulate film scholarship aimed at a general audience. It may be that this breach is filled by the opening titles of a new series of books, each one about an iconic Indian film, published by HarperCollins in August: Vinay Lal on Deewar, Jai Arjun Singh on Jaane Bhi Do Yaaro, Anuvab Pal on Disco Dancer, and Meghnad Desai on Pakeezah. A more personal take on life in the film industry can be found in the actor Leela Naidu’s memoir (with Jerry Pinto) Leela: A Patchwork Life (Penguin, April).

A close-up view into one of India’s most powerful business families, now split down the middle by multiple feuds whether over family wealth or natural gas, is provided by journalists Alam Srinivas and Paranjoy Guha Thakurta in their book The Ambanis and The Battle for India (Penguin, June).

A forthcoming book by a great favourite of mine is Parisians: An Adventure History of Paris by the historian Graham Robb (Picador, April). Robb is a marvellous writer, and his previous book The Discovery of France was a wonderful account of how the scattered villages and neighbourhoods of France came to acquire a sense of “France" in the 17th and 18th centuries. His new work is an account of one of the world’s great cities seen through the eyes of its rogues and adventurers.

Finally, two books of essays by great names of 20th century literature. Telling Times (Bloomsbury, April) brings together the collected non-fiction of the South African writer Nadine Gordimer—on racial politics in South Africa, the crises of globalization and of AIDS. Milan Kundera’s three books on the novel (The Art of the Novel, Testaments Betrayed, and The Curtain) are among the most brilliant meditations on the art form that you could hope to find, and he continues his journey through literature in The Encounter (HarperCollins, August).