Home / Mint-lounge / Features /  Review: The Greatest Bengali Stories Ever Told
Back
Share Via

Any argumentative Bengali will contest the claim of these being the greatest stories, yet this collection, edited by Arunava Sinha, contains undeniably fine literary works

The moment an editor/translator inserts the word “greatest" in the title of a book, he or she is inviting sceptical questions. And if the book’s title happens to be The Greatest Bengali Stories Ever Told, he or she could be in for a grilling, given that Bengali literature is vast and splendidly rich, and Bengalis, by nature, are a fiercely argumentative people.

So readers, as soon as they go through the contents page of The Greatest Bengali Stories, selected and translated by Arunava Sinha, may brim over with queries. That includes this reviewer, the sum total of whose exposure to Bengali literature is a small fraction of Sinha’s. But then, when did paucity of knowledge ever stop a Bengali from forming an opinion on life, the universe and the rest of everything?

For instance, why select The Kabuliwallah from among all the exceptional stories that Rabindranath Tagore wrote? After all, Kabuliwallah is perhaps the only Tagore story that a large number of non-Bengali readers are familiar with, because of the film Bimal Roy produced on it, and its inclusion in many high-school English textbooks. Why have any story by Pramatha Chaudhuri in this collection? Chaudhuri was a minor writer, and the story carried in this book is at best a reasonably competent imitation of Edgar Allan Poe’s Fall Of The House Of Usher (given Chaudhuri’s educational and cultural background, he almost certainly would have been familiar with Poe’s works). 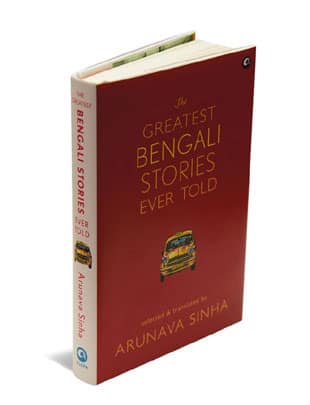 Why have Manik and Sharadindu, who, along with Bibhutibhushan and Tarashankar, form the quartet of great Bandyopadhyays of Bengali literature, been excluded? And why include Bibhutibhushan’s Einstein And Indubala, which is a simplistic moral fable? As for Post-mortem, Sunil Gangopadhyay based it on a real-life incident—an elderly gentleman boarded a “ladies’ special" tram by mistake, and when the women passengers laughed at him and mocked him, he jumped off the running tram, flustered, and was killed. Readers who aren’t aware of these trams—as most non-Calcuttans wouldn’t be—may not comprehend the story, since nowhere does Gangopadhyay mention either “ladies’ special" or tram (at the time of the story’s publication, everyone knew what the writer was talking about, because the event was still fresh in Bengali memory).

But when you read Sinha’s introduction to the anthology, you realize that such questions or arguments are not relevant. He makes it clear that the book is not meant to be either a representative cross-section of the Bengali short story, or “a potted history" of the form: “These are, simply, stories I have loved and that have made a deep impression on me."

So, obviously, the only fair way to approach this book is by respecting the selection criteria that Sinha is absolutely open about. One can then sit back and enjoy—sometimes marvel at, or even immerse oneself in—what is on offer.

Sarat Chandra Chattopadhyay’s Mahesh is an all-time classic, a heart-rending tale that can bring a tear to the eye of even the most hardened cynic. This story of the relationship between a destitute Muslim farmer (his religion is crucial to the story) and his bull Mahesh (the bull’s name is crucial too; Shiva’s vahana—mount—was a bull, and Mahesh is one of Shiva’s many names) should be included in every high-school textbook in every Indian language, especially in these fractious times; and adults of every ideological hue must find time and a way to read it (and be mature enough not to politicize it).

The Discovery Of Telenapota by Premendra Mitra—by a long distance, my favourite Bengali writer—is possibly the most magical short story I’ve ever read. Written entirely in the second person (an unheard-of stylistic device in the 1950s, when it was published), it masterfully fuses the real and the surreal in what is literally a fever dream, yet is totally unforgettable on pure “story value". And Sinha’s translation is as good as the one Pritish Nandy did in the 1980s.

Banaphool, the most prolific Bengali short story writer of all time—he wrote hundreds of them—is represented by a wonderful whimsical two-pager, with a freaky twist in the tale that leaves you with a warm glow. Speaking of twists in the tale, the last line in at least two of the stories in this collection—Moti Nandy’s News Of A Murder and Mahasweta Devi’s Urvashi And Johnny—will leave the reader stunned and speechless.

Sinha deserves a round of applause for selecting stories that showcase the light-years-wide range of Bengali short stories, both in form and content. He takes the reader from the subtly supernatural (I won’t be a spoiler and tell you which story I am referring to) to social drama (among others, the incomparable Ashapurna Debi’s Thunder And Lightning) to pungent fantasy (Nabarun Bhattacharya’s Flapperoos) to Sandipan Chattopadhyay’s quite unique Ten Days Of The Strike, which uses stomach-churning descriptions of a middle-class family’s choked-up lavatory to deliver incisive social commentary; and, of course, the inescapable Bengali race memory of the Naxalite insurgency. Sinha also performs the very valuable task of bringing to the fore little-known but highly talented writers (two of whom I had not even heard of). Is there a leftist bias in his selection of stories, and the hint of a simplistic Aesopian morality (which, by themselves, have no value in art)? Yes, but as he has made clear, these are his personal choices. We must respect that choice.

I haven’t said anything about the quality of translation, but I don’t need to. Sinha is the best from-Bengali translator of our times, and in this collection too, his imaginative rendering of Bengali idioms and metaphors into English, staying true to the pace and rhythms of very different writers and writing styles, is entirely admirable. For those who want to know about Bengali literature, this book is a great entry point. And for anyone who reads, this is a collection of very fine literary works indeed.