Home / Mint-lounge / Science can be fun

Science can be fun

Science can be fun

At the age of 10, there is nothing cooler than science class: dissecting cockroaches and frogs, growing mould on bread and building volcanoes that spew baking soda lava. Science seems a veritable playground filled with untold mysteries and strange substances. 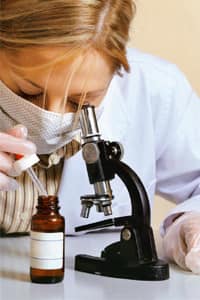 But somewhere along the way, and especially by the time we reach university, the electric wires and Bunsen burners continue to fascinate only a small sect of men and women in white lab coats. Along the way, science somehow loses its mojo.

In her new book, The Canon, Natalie Angier, a Pulitzer Prize-winning New York Times science reporter, bemoans the fact that the general population is moving further and further from the “beautiful basics of science".

Angier interviewed hundreds of scientists, breaking down their explanations of the basics and writing it all up in a neat 264-page package. She says in her introduction: “Science is huge, a great ocean of human experience; it’s the product and point of having the most deeply corrugated brain of any species this planet has spawned. If you never learn to swim, you’ll surely regret it; and the sea is so big, it won’t let you forget it."

To ease her readers in, Angier starts with an impassioned chapter on “thinking scientifically", admonishing generations of high school science teachers for taking the fun out of science. In Angier’s view, science is a great adventure—mulling over the moon’s shadow, appreciating the blush of a red rose, and even fixing a broken DVD player.

A few chapters on probabilities and calibrations gently lead the reader further into the rabbit hole—by creating strong visuals to help picture the distance from an atom’s neutron to its electron and from the earth to the next solar system; adding quick descriptions of complicated experiments parsed into a few pithy paragraphs; and suggesting simple experiments for readers to practise.

Angier believes that people need science to intelligently choose politicians, understand medical testing and discount false prophets. She harps on people’s surprise over coincidences such as finding out that you share a birthday with the person you’re talking to at a cocktail party. She says that the improbability of finding two people in a group of 65 with a matching birth date rests below 1%. It took questioning only 32 people in my office to find two people who shared 13 June as their date of birth and two others who shared 30 April. It may not be as much fun as shouting, “Oh my god! We were born Geminis!", but there is also something mysterious and exciting about the precision with which these experiments work. 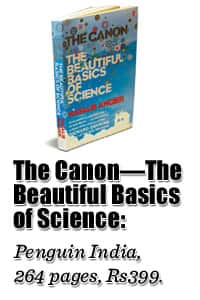 After the first few chapters, Angier leaps into various subdivisions, spurring us through physics, chemistry, biology, geology and astronomy in a whirlwind, condensing years of science classes into a few pages. Her skill as a news writer comes in handy in translating obtuse scientific terms and processes into explanations that even a reader who nearly failed those very science classes (myself included) can understand.

Angier’s work is occasionally stymied by her own verbal wordplay. She relies on bad jokes and silly puns to create mnemonic devices: “If a neutron were to order a drink at the bar, and then ask how much it owed, the bartender would reply, ‘For you, no charge’." The joke breaks up the monotony of re-learning the difference between neutrons, protons and electrons. But at other times, her way with words obfuscates concepts. In explaining an experiment on what separates worker bees from foraging bees, Angier writes: “Through each evidentiary strand, and every corresponding control, still the discovery held. Unless the foraging gene blazed on, the bee didn’t budge. A modest finding perhaps, but one chiselled and polished until it was the bees knees."

Angier also loses her logical, fun, objective touch when talking about evolution. It’s easy to see which side she is on when it comes to the great debate between Creationists and Darwinism, especially with a cover quote by leading atheist Richard Dawkins, the author of The God Delusion and financier of the recent bus advertisements in London that read: “There probably is no God. Now stop worrying and enjoy your life."

Angier does little to hide her disapproval of the Creationist theory: “The Creationists’ clock is—what’s the word for ‘off by six orders of magnitude’?—cuckoo." In a chapter dedicated to evolutionary biology, she writes, “I’m always surprised at how often I encounter resistance toward or doubts about Darwinism among otherwise rational people." Condescension directed at the very people you’re talking isn’t the most sound negotiating tool. However, Angier has convinced at least one science sceptic that atoms, stars and cells can indeed be fun.