The most dangerous team’

The unpredictable nature of their game has always marked out Pakistan as a dangerous opponent and their uncanny ability to throw surprises at the sport’s grandest stage has only enhanced the aura that surrounds their cricket. 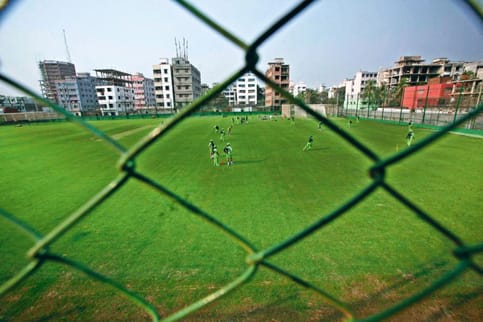 Raring to go: Pakistan, the 2009 World Twenty20 champions, will have to put aside their recent troubles. Photo AP

The International Cricket Council (ICC) slapped long-term bans on Test captain Salman Butt and key fast bowlers Mohammad Asif and Mohammad Amir for their involvement in a spot-fixing scandal. This was after the Pakistan Cricket Board (PCB) had, in March last year, banned four players, including Mohammad Yousuf and former captain Shoaib Malik, following an inquiry by the board’s integrity committee. 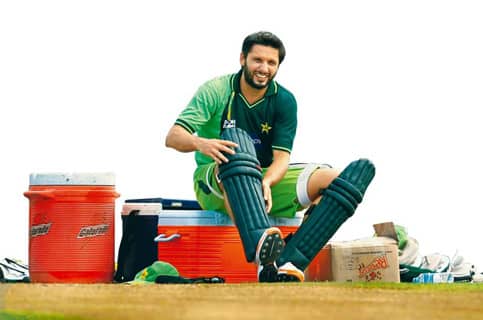 Captain cool: Can Shahid Afridi lead his team to victory?

“For some time now, we’ve been trying to give the team an identity, a face on the field," regular ODI captain and senior campaigner Afridi said after his delayed confirmation as skipper for the World Cup. “It’s coming along. We’ve got some good young players—guys like Umar (Akmal), (Ahmed) Shehzad, Wahab (Riaz) mixed with some experienced guys. I see us as the most dangerous team at the World Cup."

“Realistically, with the kind of team we have, we should really make the semi-final and, of course, we want to play the final and win it—everyone does—but we should make the semis," the dynamic all-rounder says.

Pakistan lost their World Cup hosting rights over security concerns, yet the 1992 winners fancy their chances with conditions in Sri Lanka, where they play all their group games, being similar to those at home. In the two previous World Cups held in the subcontinent, they were semi-finalists in 1987 and lost to India in the 1996 quarter-finals.

Unlike favourites India and Sri Lanka, who are co-hosting the quadrennial competition along with Bangladesh, Pakistan have the distinct advantage of not having to play in front of their own frenzied crowds and yet enjoying familiarity with conditions unique to the region.

“Pakistan know the conditions as well as India and Sri Lanka," former India left-arm spinner Sunil Joshi says. “They know how to play spin. They are in a perfect position to spring the big surprise," adds Joshi, who played 15 ODIs against Pakistan.

The low expectations from fans too could work to their advantage. Teams from the cricket-crazy subcontinent have traditionally performed best as underdogs—India were surprise winners at the 1983 World Cup in England, as were Pakistan in 1992 in Australia and Sri Lanka in 1996 in the subcontinent.

Pakistan are pooled with four-time champions Australia, New Zealand, Sri Lanka, Zimbabwe, Canada and Kenya in group A. There is an element of surprise to their squad—seven players in the squad have not played more than 35 ODIs in all.

In the 1992 World Cup, Pakistan began in disastrous fashion, losing by 10 wickets to the West Indies, and would have been knocked out had rain not intervened after England had bowled them out for 74. They famously turned things around after inspirational skipper Imran Khan told his team to “be as if you were a cornered tiger". A superstar was born when an as-yet-unknown Inzamam-ul-Haq thumped 60 off just 37 balls in the semi-finals against New Zealand. Not to forget the contribution of seamer Aaqib Javed, who opened the bowling with tremendous effect in the absence of an injured Waqar Younis.

This time, Pakistan should qualify for the quarter-final stage as one of four teams advancing from the group unless there is a dramatic upset like their first-round exit in the 2007 World Cup, when they lost to Ireland.

They beat Bangladesh and lost to England in the two official warm-up games and opened their campaign against Kenya on Wednesday.

Many former Pakistan cricketers agree that the team selected is talented, balanced and the best possible under the trying circumstances. Although only seven members of the 15-man squad have World Cup experience, the side possesses some bristling new talent. Batsman Umar Akmal has shown he is a potent force in the limited-overs game; Asad Shafiq has a buzz around his approach; Wahab Riaz has performances to back his form and Ahmed Shehzad lends power and aggression at the top of the order. Afridi, Abdul Razzaq and fast bowler Shoaib Akhtar will carry forward their experience as key members of the 1999 campaign, when they stormed into the final as a surprise package.

Wicketkeeper Kamran Akmal gave good starts during the One Day series in England and there is the experienced Younis Khan in the top order.

Lanky Umar Gul has the ability to reverse-swing the ball, a fully-fit Akhtar is still capable of generating tremendous pace, while Riaz, although inexperienced, derives admirable bounce. Leg-spinner Afridi is still extremely effective in the limited-overs format and off-spinner Saeed Ajmal, a tricky customer.

“Pakistan are a talented team fully capable of pulling off a surprise," says former Pakistan batsman Javed Miandad. “In the 2011 format, a team only has to edge past the bottom three in its group and they are in the quarter-final, from where it is just three straight wins to the title. Any of the eight frontline teams can win in this one."

Pakistan, the 2009 World Twenty20 champions, have shown that they have put aside their recent troubles and are pulling together towards the common goal of restoring their reputation. Although Pakistan may have won fewer (eight) than they have lost (10) from 19 ODIs over the past 12 months, they have consistently pushed their opponents in all the matches.

Prior to the New Zealand tour, Pakistan lost a close ODI series 2-3 to South Africa in the United Arab Emirates, and although they lost to England by a similar margin, the ODI series featured some close matches.

“Obviously we are a wounded side, whatever has happened in the last year or so. Pakistan needs a situation to gather themselves, and playingin India, and Sri Lanka in the quarter-finals, will really motivate us,"says Akhtar.

“I think the crowds, the situation, what happened to us, whatever the team has been through for the last six-seven months, that will inspire us. We are a dangerous side. We need to win at any cost, the team needs a situation, and what better situation than the World Cup. I think this is a defining moment for Pakistan cricket."