Beautiful and bizarre things to buy: From Vintage Ruffled Playsuit to Gucci Bloom

In this weekly compendium of objects of desire, also a Vanities column by Swapan Seth Apart from aloe vera and argan oil, this limited edition of 1,000 bottles of beard oil comes with 22-carat gold flakes. Launched at the Michael Kors Fall 2017 New York Fashion Week, this camera series comes in silver and gold versions, with the designer’s signature on the camera door.

Inspired by the unique landscape of Cappadocia, Turkey—hot-air balloons and rock-cut caves—Safomasi launched its collection of quilts, rugs and table linen at Maison&Objet in Paris last month. Pictured here is the cushion series. Co-founded by designers Neha Tham and Neha Modi, PAUSE is a women’s clothing brand that opened a store in Mumbai recently. Their clothes are made of lyocell, a fibre made out of wood pulp, among other fabrics. Pictured here is the Vintage Ruffled Playsuit Grey. 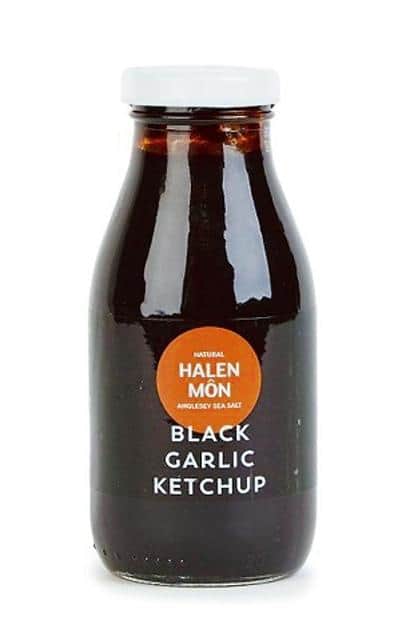 Things had been rather quiet for a while in ketchup kingdom.

The mood had been like London post-Brexit—sombre and directionless.

There were the odd innovations but nothing seismic, so to say.

Meanwhile, in the charming village of Anglesey, Alison and David Lea-Wilson decided to leave a saucepan full of Anglesey seawater to simmer away on their Aga. As the salt crystals started to form, the couple concluded that they had discovered the eighth wonder of the world: a bloody good salt.

Swift validation and certification followed. And their firm Halen Môn’s salt was given the Protected Designation of Origin. Which put it in the same rarefied company as Champagne and Parma ham.

What gave them the sheen was the smoking process. And then, they were Blumenthaled. Heston suggested they try smoking the water for one of his dishes.

After several trials and tribulations, they perfected a condiment that is 100% natural and adds a distinctive depth of flavour to all the things it goes into.

One of which is the Black Garlic Ketchup.

Garlic has been having a wonderful time this past year.

Black Garlic, on the other hand, is made from cloves aged under charming conditions until they turn jet black and develop a stunning sticky texture. The flavour is a tad sweet, earthy and deep.

It is an umami-rich ketchup that gets along famously with red meats, chicken, scallops and anything that needs a culinary crutch.

With it, it is safe to say that ketchup’s winter of discontent is over.

And your winter of deep content is smilingly wistfully at you.

A 250g bottle of Halen Môn’s Black Garlic Ketchup is available for £5.95 or Rs532 at Harveynichols.com