What’s in your milk?

All those low-fat milk ads promising a slim body influenced me, and I switched to low-fat milk," says Delhi-based Shweta Singh, mother of a one-year-old boy. “Till the doctor advised me that I needed the extra calories." 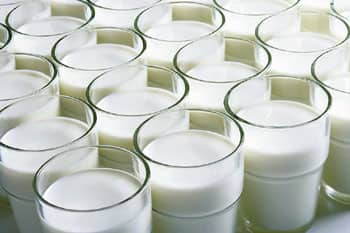 “Three months after my daughter was born, I went on a strict diet…even cutting off dairy (products) from my diet," recalls Sulekha Monga, 34, a New Delhi-based lawyer. “But this proved disastrous to my bones. My doctor explained that I had cut off calcium just at the time I needed it the most; plus, he said milk, especially when skimmed, does not lead to weight gain; instead it helps lose weight. Now I am back to two low-fat glasses of milk a day."

Everybody knows the benefits of milk. It’s the first source of nutrition for humans and continues to be an important food through our lives. However, the confusion starts when several variants of milk are put on the table.

Too fat for fitness?

Whole milk has 3.5% fat, toned (or low-fat) milk has 2% fat, double toned has 1.5% fat and skimmed milk has 0% fat. Toned milk is a good option if you have high cholesterol levels or your body mass index, or BMI, is in a higher-than-healthy bracket. But don’t delete it from your diet entirely. Healthy adults require three glasses of milk (or equivalent) a day, according to nutritional experts. This is especially important for vegetarians, since milk products are their main source of protein. Doctors advise restricting the consumption of milk only in some cases—if a person has gout or high uric acid levels or is on a low-protein diet for health reasons.

“If you are fit and lead an active life, there’s no harm in having whole or full-cream milk," says Kanupriya Khanna, a Delhi-based dietician and nutritionist associated with Nutritionvista.com, a website that offers dietary advice. “Lifestyle and medical conditions pretty much go hand-in-hand nowadays. So if you have high cholesterol levels or are overweight, then you should choose toned or skimmed milk over whole milk." Since a “fit and active life" is hardly the norm for urban populations, many experts feel caution is warranted in any case .

“While we unanimously agree that milk is essential, I’d advise everyone to stick to low-fat variants," says Delhi-based nutritionist Ishi Khosla. “Why saddle the body with unnecessary fat (that too, saturated fat) when you can get the protein and calcium from toned and skimmed milk anyway?"

You’re never too old for milk

Contrary to popular belief, doctors say age does not necessarily play a role in choosing the kind of milk you should drink—as long as your total fat intake, whether you are a child or an adult, is within the prescribed limits.

What can make a difference is that the fat in milk helps in the absorption of certain fat-soluble essential nutrients such as vitamins A and D. So, for children doctors recommend two glasses (250ml each) of milk daily. From the age of two till the age of 15 or so, says Anupam Sibal, senior consultant, paediatrics, Indraprastha Apollo Hospital, New Delhi, a child can have whole milk, unless overweight. Children can do with those extra calories, he says. If the calories are coming from elsewhere, you can hold the full cream: “For overweight children, low-fat milk is advised," he notes.

Caution may also be best for those with a family history of problems such as weight, high cholesterol or cardiovascular disease, as well as for those not very active, adds Khosla. “I feel children should drink whole milk when they are switched from breast milk to cow’s milk at one year of age as they need calories from fat, as well as essential fatty acids for growth and brain development," says Rajiv Chabbra, consultant paediatric and neonatal intensivist, Artemis Health Institute, Gurgaon, “but (they) must switch to skimmed or low-fat milk at age two… There is a hypothesis that fat cells grow in number early on during childhood and just increase in size later on in life." And both saturated fat and excess fat can contribute to a host of other problems later in life, key among them being cardiovascular diseases. “Therefore, to prevent it, we should start early, which can be done by switching to toned milk," adds Chhabra.

“The only real benefit of whole milk…is that some people find its taste better, so for kids who don’t get used to low-fat milk and simply refuse to drink it, whole milk may be the only way that they will drink any milk at all," says Khosla. If your child is one of these, lower fat levels in other foods to compensate.

Calcium, with cream on top

So what about the nutrients, especially those fat-soluble ones? Certainly the stellar one, calcium, remains unaffected by fat levels. Says Khosla: “Even if you have 200ml of skimmed (cow’s) milk, you’ll get fewer calories than 100ml of (full-fat) buffalo milk and more calcium (240mg)!" She adds, “Vitamin A (partially removed with the fat when milk is skimmed) can be had from a prudent intake of vegetables. Vitamin D is not usually a problem for Indians (we get enough sunlight)."

Some people are wary of all milk products when watching their weight. The facts, actually, are the other way round: “You tend to lose calcium when you are dieting. There’s a strong misconception that consumption of milk or yogurt can increase your weight. A number of studies have shown that milk intake does not interfere with weight loss," says Khanna (read Lose).

A study published in the Journal of Nutrition in 2004 showed that overweight adults on a high-protein diet who consumed adequate amounts of calcium (from milk) were less likely to suffer bone loss compared with those on a high-protein, moderate-calcium diet.

For people who are lactose-intolerant, soy milk is a popular choice.

“(In India), there aren’t too many options beyond soy," says Khanna. “But they can have yogurt and paneer (cottage cheese) made from cow’s or buffalo’s milk as they are (relatively) free from lactose," she says. That can also provide the essential nutrients that no-milk diets may not contain. Since calcium content in soy milk is much lower (25mg in 100ml), dairy products become all the more important.

However, in packaged yogurt or cheese, ensure that there aren’t any added “milk solids" (check the nutritional information label) because these can raise lactose levels.

Finally, there is flavoured milk: banana, strawberry, chocolate, kesar (saffron), badam (almond), even cold coffee. Again, these are better than no milk at all. So if your children are fussy eaters, a little flavour won’t do much harm, say doctors. They are a better option than other sweet beverages, including fruit juices, since these high-calorie beverages at least come fortified with several beneficial nutrients. One study by researchers in Indiana University published in the February 2006 issue of International Journal of Sports Nutrition and Exercise Metabolism has also suggested that chocolate-flavoured milk is a better post-exercise rehydration drink than a sports drink, perhaps because of the proteins in it.

However, flavour usually comes with added sugar, raising calories (and caries potential). Choose wisely, comparing taste as well as nutritional information across brands. Branded flavoured milk is usually built on a base of low-fat milk, containing around 1% fat—still, check before you buy.

Research published in the ‘American Journal of Clinical Nutrition’ in June has shown that a daily glass of toned or low-fat milk, or milk products, can reduce by 37% the risk of kidney diseases and heart problems. The scientists conducted the study on at least 5,000 adults aged 45-84, by measuring the health of the kidney, which is also associated with the health of the heart.

The idea that dietary calcium (as opposed to supplements) could trigger weight loss started way back in the early 1990s, when researchers found that prescribing two cups of low-fat yogurt a day to a small group of hypertensive men led to lower blood pressure and an average weight loss of a little less than 5kg in one year. The author of the study was Michael Zemel, now the leading proponent of calcium-mediated weight loss and author of the best-seller ‘The Calcium Key’. His findings have been corroborated by subsequent studies.

To get more calcium and other dairy benefits (because some research suggests we absorb more nutrients from food than supplements), Delhi-based nutritionist Kavita Devgan suggests:

• Choose yogurt or cottage cheese as on-the-go snacks. These high-protein, low-fat foods keep you going until the next meal

• For a sweet treat low in fat and calories, keep individual servings of sugar-free instant puddings (such as custard) made with skim milk in the fridge (a good after-school snack too)

• Blend soft fruits and low-fat yogurt; freeze like ‘kulfi’. Eat as a popsicle or blend with ice for a smoothie. It’s cold, sweet and creamy like ice cream but lower on calories, fat and sugar

• Enrich instant soup by mixing each serving in 240ml fat-free milk, instead of plain water