Toasting the auteur in Cannes

Toasting the auteur in Cannes

Festival de Cannes is almost a character in Paulo Coelho’s latest potboiler, The Winner Stands Alone. Coelho portrays it as a seductive, stardust-tinted monster that propels his revenge story forward. He writes, “It all began, they say, with an unknown 19-year-old posing in a bikini for photographers who had nothing better to do during the 1953 Cannes Festival. She immediately shot to stardom, and her name became legendary: Brigitte Bardot. And now everyone thinks they can do the same." Anyone who’s a regular at the annual 12-day festival would probably agree. But at the heart of Cannes is cinema. The pulse of every year’s festival is really the pulse of the world cinema of the time—changing tastes, new talents, new benchmarks. On this count, India is not even in the running, because this year, too, there are no Indian entries at the festival.

Sure, Aishwarya Rai will represent L’Oreal, the festival’s official sponsor, on the red carpet. And very likely Freida Pinto, too, who’ll be taking time off from her shooting schedule with French-American director Julian Schnabel to be there. Sharmila Tagore, known to many critics worldwide because of her roles in Satyajit Ray’s films, is a member of the international jury. But when it comes to film-making talent, we are sorely behind global standards in the eyes of this jury.

There were rumours that the Sajid Nadiadwala-produced blockbuster Kambakht Ishq would premiere at the festival, but predictably enough, the film never made the cut. The only Indian film that will be screened is Ashvin Kumar’s The Forest, produced by Vijay Mallya, who will be hosting a party on an island in Cannes.

This is the year of the bigwigs. Quentin Tarantino, Ang Lee, Pedro Almodóvar, Ken Loach, Gaspar Noé, Elia Suleiman, Lars von Trier, Jane Campion, Michael Haneke, Johnnie To, Park Chan-Wook, Lou Ye—some of the directors who will compete for the Palme d’Or are known to pioneer entire movements in the style of storytelling and technique. Thierry Fremaux, artistic director, Festival de Cannes, said, “It’s as if all these great directors phoned each other and said, ‘let’s make sure we are ready for Cannes’." Although Fremaux promised last year that the competition would be “recentred and renewed", opening it up to lesser known film-makers and debutants, the reverse seems to have happened. The official selection’s 55 films this year includes 49 world premieres, selected from 1,670 features from 120 countries, with only 14 first-time film-makers. 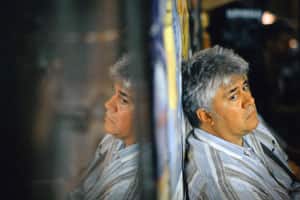 While it’s worth noting that Asia dominates this year’s official selection, Latin America is almost absent from the competition and non-competition sections, as are some former East European countries, Russia and, of course, India. American directors, too, have not made the cut this year, with merely two major titles: Tarantino’s Inglorious Bastards, a World War II action thriller starring Brad Pitt; and Lee’s Taking Woodstock, a comedic take on the legendary concert, with Live Schreiber and Emile Hirsch in the cast. Fremaux attributes this small American presence to the screenwriter’s strike, but as for India’s no-show, he says, “There weren’t anything good to pick from."

Around 1,100 films were made in India last year, and Danny Boyle’s Slumdog Millionaire put an Indian subject and our technicians on the global movie map. Why is it that we are still not among the hundreds screened in Cannes every year? In 1948, Raj Kapoor’s Aag was an official entry; so was Ray’s Pather Panchali in 1956. In recent times, two films, Shaji Karun’s Piravi (1988) and Murali Nair’s Arimpara (2003) were selected. The latter was a collaboration between National Film Development Corporation, Nair’s own production company and Japan Broadcasting Corporation.

One of the reasons Indian films are under-represented in most prestigious festivals, notably in Cannes, is our film industry’s apparent self-sufficiency. Most of our films are funded by either individual producers or film companies. Collaborations between companies and government bodies, or companies and foreign film funds have historically garnered more opportunities for exposure, and more importantly, have encouraged a more global approach. The other reason is the utter lack of film scholarship and serious film criticism that can inform and educate the world about Indian regional, art house and mainstream cinema. Sadly, most critics and jury members of international festivals still do not perceive Indian cinema beyond what they consider “Bollywood".

Festival de Cannes begins on 13 May and ends on 24 May.

Sunil Doshi is director, NDTV Lumiére, curates films for the channel, and is a film producer.